If we truly desire to be godly–and if we’re believers, we should–then we will unceasingly be using means. Common grace is something we’re all called to contribute to in lessening sin and misery in the world. This includes the curse on nature and society alike (which is where the university has a role to play). All human means are to be focused on this end.

Obviously means can contribute to sin–we are selfish, for example. Still, “virtually all expressions of human life consist in applying the means that common grace appoints for our use and puts within our power.” (582-583)

But once we’ve said that, we have to understand what has been “appointed” and what is “within our power.” God is at work behind all common grace, which we must not forget. And then we get another of Kuyper’s unfortunate examples, where he notes that there is “more” common grace at work in Christian nations than in pagan ones. [sigh]

The better point he makes is that there are two ways God appoints or puts to work common grace:

In Eden and in heaven the former will apply. Now in the in-between, we live with a mix of 1 and 2–but mostly the latter is the rule. We always have more to learn, even in fields that have been developing for millennia such as agriculture. To cease to learn and develop is to be passed by.

Everything that we learn is found in God’s nature, and the discoveries we make are made for all of mankind without distinction between believer and unbeliever. For example, chemistry is for everyone–though we are all responsible for how we use it. The fruits of common grace belong to all of humanity, which is why it’s so regularly unbelievers making the advancements that we see around us.

Kuyper then gives several examples of advancements that have been made throughout history, and argues that they were all there in germ in Noah’s day. What we see when we look at the scope and development of history is that either progress is all chance, or its providence. We also see that we err if we do not embrace these goods as God’s gifts to the world. 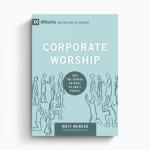 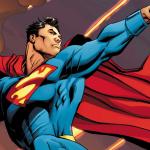 November 19, 2021 The Greatness of Superman
Recent Comments
0 | Leave a Comment
Browse Our Archives
get the latest updates from
Schaeffer's Ghost
and the Patheos
Entertainment
Channel
POPULAR AT PATHEOS Entertainment
1