The Greatness of Superman

With all of the recent hullabaloo over Superman, it’s worthwhile to pause a minute and ask why people care. What is there about the character of Superman that deepens our social and cultural polarization when he’s brought into the conversation?

If you want to understand the answer to that question, you need to read Tom King and Andy Kubert’s Superman: Up in the Sky. If you haven’t read it be warned that from here on out spoilers abound. Also be warned that this book is a bit disjointed, and if you insist on a straight-line narrative then Up in the Sky may rub you the wrong way. And I get it–I generally prefer linear plots myself, but I think there’s a way to read this one linearly in any case–though not without unresolved tension here and there.

The problem with Superman stories, as has been pointed out many, many times, is that Superman is so powerful that he can just solve anything by punching or moving faster or flying higher. Which means good writing is essential to telling a good Superman story. Specifically, the story has to put Superman into morally difficult situations–even impossible ones. In the best of these stories Superman is faced with the question of whether to save Lois Lane or save the rest of the train/city/world. Superman: Up in the Sky sets up and resolves that narrative in 100% the right way. In this case, instead of Lois Lane it is a small girl who has been kidnapped by aliens who have vanished without a trace. Superman certainly can’t leave to save one girl when there’s a whole world depending on him.

Of course he goes off and saves the girl–Alice, and of course he also saves the world. Because he’s Superman.

The bulk of the narrative is, as I noted above, seemingly out of joint. We get two concluding chapters (well, “parts”), one introductory chapter, and nine chapters of stories in-between that can seem a bit chaotic. I think there are two ways to look at this: one is that we get to see episodes of Superman’s trip across the universe in search of the kidnapped Alice. The events don’t directly connect to each other–and are at times presented without introduction or conclusion and only used to comment on the fact that Superman has left the whole world behind to save one person–other than that they happen as part of his journey. The other way to look at this is that Superman’s mind is under attack (an event that takes place in chapter 2) and the bulk of the narrative happens in Superman’s mind. I prefer the former, but I could be talked into the latter.

We also get to see something of Alice’s perspective along the way. She knows that Superman will save her. Why? Because he’s Superman. Over and over we get pictures of him doing exactly that. And this is the real greatness of Superman. It’s not that he’s a woke icon or a bastion of traditionalism. At the end of the day Superman is great because he saves the people he has claimed as his own. In the world of the text, Alice knows that Superman is there and that he is absolutely dependable: he will save her and he will save the world and he will do all of that without compromising his morals along the way.

The faith Alice shows in the world of this text for Superman is a picture–and a good picture–of the kind of faith the Bible calls us to have in God. How do we know He will save His people? Because He’s God. This isn’t a blind faith. Just as Alice has seen Superman come through over and over and over, in the same way we’ve seen a history full of practical, real-world instances of God saving His people.

Like any great work of fiction, Up in the Sky lands well because it captures something really True in back of it. We don’t live in the world of Up in the Sky, but we can see echoes in that world of what has really been done for us in this world.

November 23, 2021 Common Grace, 2.69
Recent Comments
0 | Leave a Comment
"hmm interesting and informative information, and would like to add interesting information from myself. I ..."
Steve Andrews Violence and Sports in Netflix’s “Malice ..."
"Fair enough--though I do have to wonder at what point someone who believes in ongoing ..."
cneal Common Grace, 2.50
""... we're not deists and don't believe God has created and then left." Not all ..."
Deist1737 Common Grace, 2.50
"I am aware of those kinds of discussions and statements (and even of the fact ..."
cneal Confronting the American Gospel
Browse Our Archives
get the latest updates from
Schaeffer's Ghost
and the Patheos
Entertainment
Channel
POPULAR AT PATHEOS Entertainment
1 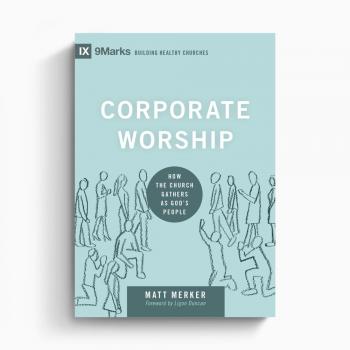