With all that said, how does government “stand in relation to the church?” (230) Particular grace illuminates common grace, but the church is “new” as an institution. The Jewish synagogues had no “Divine authority” and the “church as organism” goes back to the Garden, but the church as institution starts at Pentecost through particular grace and so stands as an alien entity across a chasm from government. (230-231) Even true things from natural revelation in pagan religions are still natural–that’s why there was rarely fundamental conflict between religion and government. Both were in the realm of common grace. Only the church comes from particular grace and stands opposed to the state, and so collision was inevitable.

The exclusivity of Christianity was part of this collision, which led to persecution first of Christians, and then of pagans, and then a back-and-forth between Manicheans and then Muslims. But Christianity is fundamentally about truth, not power. Conviction rather than the sword is the means of the cross. Constantine mixed the methods wrongly. Where persecution had purified the church, it also led to mass “conversion” and opportunism by the ambitious. The resulted in the church becoming worldly. Kuyper is generous and understanding here, but notes that the error has echoed down even to the modern Protestant confessions which tell the state to forbid idolatry.

So here we have centuries of bad thought to swim against. To make it even worse, to take this view is to appear to align “with the sects or with the revolutionaries.” (236) Yet if it’s contrary to Christ’s teachings (and persecution is) we must oppose it.

But we must also keep real-world conditions in mind, as they will vary from the ideal church-state relationship. But what is that ideal? More on that in future posts. 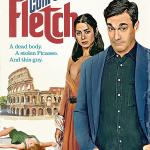 January 27, 2023 Everything Everywhere All At Once
Recent Comments
0 | Leave a Comment
""
Demiurge Common Grace, 3.22
""
EvoLIo How to grow in Christ
""
BTC Finishing “The Completion of C.S. Lewis”
""
Anselat Common Grace, 3.18–redux
Browse Our Archives
Related posts from Schaeffer's Ghost