Rise in elder Korean suicides: A reminder that religion matters 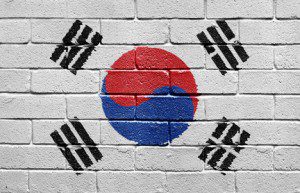 This week, the New York Times reported in a somber piece that the suicide rate among the elderly in South Korea – one of the world’s most astounding national economic success stories – has risen to catastrophic levels in recent years. The reason for this horrifying trend? The Times cites the collapse of the traditional Confucian family structures that, in ages past, virtually guaranteed that children would care for their elderly parents as an act of filial piety. This tragic story speaks volumes about the relationship between religion, economics, culture, and well-being – a relationship that, if we hope to overcome the challenges of the globalized 21st century, I believe we must learn to understand.

More than a century ago, the French sociologist Émile Durkheim published a magisterial study of suicide in Europe. Tallying suicides in different regions against demographic, cultural, and religious trends, he discovered that European Protestants seemed more likely to commit suicide than their Catholic counterparts. Durkheim explained these data in terms of social control, claiming that Catholic cultures exercised greater social control over their people than did Protestants, thus preventing their inhabitants from falling so far away from the collective as to descend into depression that could lead to suicide.

While “social control” might sound like a negative concept to anyone with individualist, Enlightenment sensibilities (which is most of us in the educated West), Durkheim saw things differently. His conception of religion, which powered much of his entire sociological outlook, centralized the use of religious symbols and practices to unify social groups. A group with a strong sense of the sacred – which, for Durkheim, was a kind of symbolic projection of society itself – would be more tightly bonded, and would function better, than one with a weaker or decaying sense of the sacred. In cultures with a weaker bonding function, individuals would suffer from anomie, or lack of a sense of direction, purpose, and clear expectations about life. The result would be an increase in the number of suicides, as people simply gave up on finding a coherent purpose for living.

Of course, countless scholars have critiqued Durkheim’s thesis, often in no uncertain terms. His methodology has been strongly questioned, and many have argued that he overstated or misinterpreted the differences between Protestant and Catholic regions. His conclusions are nowadays taken with a grain of salt – if they’re accepted at all. But, while it’s eminently advisable to be suspicious of early social science research – much of which is chock-full of specious assumptions and cringe-inducingly Eurocentric biases – I think the stratospheric rise in suicides in South Korea over the past few decades suggests that Durkheim’s idea is worth taking seriously.

To see why, take a step back from the details of Durkheim’s suicide study. What Durkheim really believed, at root, was that religion and sacred beliefs are the tools that cultures organize themselves with. If those tools break down, then societies will experience a tragic increase in suicides, as individual inhabitants find their social networks and templates for organizing life drastically weakened. Does this prediction hold true for South Korea?

Up until the latter half of the twentieth century, Korean society was rigorously organized according to Confucian social expectations. This meticulous social structure, which had dominated for some seven hundred years, linked the everyday requirements of life, such as growing crops and caring for the elderly, with what sociologist Peter Berger calls a “sacred canopy” – a unified web of sacred beliefs and observances that arched over the whole of society. This sacred canopy gave every man, woman, and child a vocabulary for understanding what was valuable and important in life and their place in it.

Sound too romantic? Well, you’re right – Confucianism in its Korean manifestations was also rabidly patriarchal, giving practically no social power to women or children and exalting a landed aristocracy over the serfs, merchants, and slaves to an extent scarcely paralleled in Europe. So, yes, a warm, glowing “sacred canopy” conception of Korean Confucianism naïvely skips over some very unpleasant aspects of the world it existed in. In reality, the Confucian system was in many ways as constrictive as a lifelong dormitory lockdown for those who lived under it.

This uncomfortable dynamic exemplifies something inherently important about religion: as a cultural tool, it provides meaning, purpose, and structure for living, even as it also serves as a vehicle for power and confinement. To deny the one is to cower from the other. In many ways, then, it’s a tremendous boon to liberty and justice that traditional religious cultures have been challenged so severely worldwide by the new, cosmopolitan values that have come galloping astride the globalized economy. The contemporary One Billion Rising movement is an example of this sort of inspiringly constructive challenge to oppressive social structures – structures which are often rooted in age-old religious programs.

But to unweave the rainbow of a culture’s religious patterns (to snitch a phrase from Tennyson) also strips people of the very tools they once had to understand their place in the world – and, yes, to intuit the meaning of their lives. This is a less abstract complaint than it may appear. Sacredness under Korean Confucianism wasn’t simply about frivolous religious things, like spirits or the afterlife – it was, very bluntly, about everyday life. Confucianism outlined what was expected of a person in relation to others, how that person was supposed to behave in his or her role as a member of the culture. For instance, children were expected to care for their elderly parents. This was both a religious and a material, economic mandate. To do one’s practical duty to one’s parents was to be a good Confucian, no less than it was to conduct the rites of ancestor worship upon which the entire Confucian wheel turned.

Now, today, the Confucian wheel is spinning slowly to a halt, even as South Korea has advanced to the ranks of the world’s most advanced economies. There is more money and material abundance in the land than ever before – and legions of aging, forgotten men and women whose sons and daughters have fled to the cities, leaving them the first generation in seven hundred years to find themselves alone en masse in old age. Unlike their ancestors, they are largely bereft of the filial support that was taken for granted under the (oppressive, but intact and functioning) Confucian umbrella.

So, when a Korean senior feels devastatingly alone in a world that has scrapped much of her cultural scheme in the span of a generation, she’s not just a lamentable casualty of late capitalism. She’s the tragic victim of a mindset that sees old traditions as little more than irksome impediments to achieving social equality or, more often, material prosperity, which is seen as all-important. This mindset does not appreciate that cultural and religious traditions have always been part of the toolbox that societies use to construct prosperity – as well as meaning. Religious and economic values – being a good Confucian and buying Grandma’s medicine, for instance – are never severable or detachable in the way our postindustrial, Enlightenment mindset stubbornly yearns to believe. They are two extensions of one another. South Korea is not the only society ever to run into this unpleasant conundrum. But, in its rush to remake itself so quickly and so completely, it may be feeling the impact more severely than most.

February 25, 2013 An evidence-based rethinking of the religion-science conflict
Recent Comments
0 | Leave a Comment
"Ya, you're lucky if you can escape the golden gold-plated handcuff of academia. I'm going ..."
Positivist The Joys and Challenges of Interdisciplinary ..."
"This blog is still active, yes. I saw that one of your comments got trapped ..."
connorwood The Joys and Challenges of Interdisciplinary ..."
"I’m not sure if these comments are moderated or if this blog is still active ..."
Positivist The Joys and Challenges of Interdisciplinary ..."
"Very intriguing. Would it be more accurate to compare them as different mental constructions, not ..."
Paula Ruddy How Religion Is Like Play
Browse Our Archives
get the latest from
Science On Religion
Sign up for our newsletter
POPULAR AT PATHEOS Public Square
1