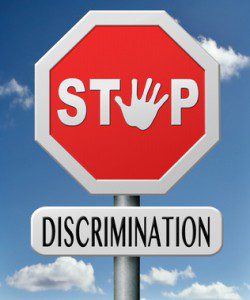 Religion makes people prejudiced, right? I mean, think about all the religious wars throughout history, or the centuries of colonial racism in the name of religion. Well, yes. But the truth is – as always – a lot more complicated. Sure, researchers have found that religious adherence predicts prejudice, especially against gays and lesbians. But another body of literature has shown that some kinds of religious belief can make people more open to outsiders and minorities. So what gives – does religion make us prejudiced and parochial, or not? The answer, according to a pair of researchers from the University of Illinois, is…yes. While religion narrows our horizons, God may expand them.

We’re not talking about a living Abrahamic God, though – instead, we’re talking about the semantic concept of God. Psychologists Jesse Lee Preston and Ryan S. Ritter of the University of Illinois at Champaign-Urbana knew that a flurry of recent studies had shown that some religious concepts seemed to inspire people to be generous to strangers and outsiders, while others seemed to make people more insular and prejudiced. Suspecting that the difference might be between the concepts of God and religiousness, the researchers hypothesized that God concepts would activate people’s concerns for being seen as moral and caring universally for others. People primed to think about “God” would, therefore, show care and concern for strangers outside the tribal or cultural boundaries.

Religiousness, on the other hand, was probably something closer to tribal or group identity, and so the researchers expected that people primed to think about ‘religion” would likely show more concern for their own in-group than for outsiders. Voilà: the difference between religious prejudice and cultural openness.

In the first two studies of a recently published paper, Preston and Ritter asked undergraduate students to read a short story about a pair of new families moving into their neighborhood. One of the families planned to join the local church, while the other didn’t. Both families needed help moving in, but the students were told that they only had time to help one family. Students were then asked who the local pastor would prefer they help, as well as who they though God would want them to help.

When asked to explain either God’s or the pastor’s reasoning, many students said that the pastor would want neighbors to help the future churchgoing family for the sake of strengthening the community. Conversely, respondents cited universal ethics and religious conversion as the reason why God would want them to help the outsiders. That is, God was more closely associated with religious evangelization and converting outsiders than the pastor – but also with universalistic moral standards and helping people regardless of their background or group belonging.

The next study was even more interesting. Pedestrians around the university campus were stopped and asked either their religious affiliation or whether they believed in God. (Some pedestrians also were asked neutral questions, such as how often they exercised.) Next, respondents were told they could split 99 cents however they liked between two different charities: the American Red Cross and Mexican Red Cross.

Preston and Ritter advanced a fairly fine-grained hypothesis with this study, predicting that for everyone but Catholics, being asked about religious affiliation would predict more sharing with the American Red Cross, because respondents would perceive the American organization as representing an in-group. However, Catholics would respond differently; since Mexico is a heavily Catholic nation, Catholics of any nationality would think of Mexico as being part of the religious in-group. Therefore, Catholics who were primed to think of their own religious affiliation would offer more money to the Mexican Red Cross.

And, of course, the researchers made the opposite predictions for the God question: respondents who were asked to indicate whether they believed in God would offer more money to the Red Cross that represented the out-group (the American Red Cross for Catholics, and the Mexican arm for everyone else).

These hypotheses might seem a bit far-fetched, but both were resoundingly supported by the results. Pedestrians who were asked to think about God gave significantly more money to whichever Red Cross group was associated with the out-group. Meanwhile, those who were in the control or religion conditions gave most of their money to the in-group organization. Interestingly, religious beliefs didn’t affect the outcomes one way or another – it was only the priming to think about either God or religion that had an effect.

In the final study, respondents were asked to play a pair of computer games. The first game required them to press a button in response to visual cues. But every so often, either the words “God” or “Religion” were flashed so quickly on the screen that they were invisible to subjects’ conscious minds. (This technique, called “unconscious priming,” is a mainstay of psychological research, although some observers have questioned its usefulness.) Then subjects took part in a resource-sharing game, with real money, in which they were required to either cooperate or not with their “partners,” who were playing from a different room. (The partners were actually computers.) The subjects were shown photographs that they were told were of their partners; some photographs were of Caucasian Americans, while others were of South Asian (Indian) people.

You might be skeptical of the fact that all these studies were carried out using predominately undergraduate college students in the Midwest. And you’d be right; as other research has shown, this particular population (American university undergraduates) is probably the least-representative group of human beings on Earth. So it’s not clear that we can extrapolate the results to be meaningful for all peoples, everywhere, across time.

But these studies do suggest that – surprise! – things are a lot more complicated than it might seem when it comes to religion and God, at least in the United States. When a famous atheist or Hollywood celebrity bashes religion as the root of all prejudice, strife, and war, they’re telling part of the story – but not the whole story. If these results are to be believed, English-speaking Americans associate the concept of “religion” with in-group favoritism and defending tribal boundaries – but they associate “God” with breaking through boundaries and caring for the outsider.

These findings make it harder than ever to draw simplistic conclusions about the role of religion in the public sphere, politics, or private life. They also raise the question of how we’re primed to think about other, related concepts – how would people respond, for example, to words like “spiritual,” “angel,” “Heaven,” or “prayer?” Layers of semantic meaning, it seems, go deeper than our conscious minds. And words related to God or religion are some of the semantically richest and most evocative concepts there are – for both good and ill.

November 11, 2013
What's the Point of the Humanities? A Response to Pinker and Wieseltier
Next Post

November 29, 2013 We are all teachers. Or at least we should be.
Recent Comments
0 | Leave a Comment
Browse Our Archives
Related posts from Science On Religion