I became aware of the video embedded at the bottom of this post by a reader who posted it in the comments here. The video was uploaded to YouTube on April 20. My reader posted it because he seemed to think that Schonborn’s discussion of Amoris Laetitia 305 supports the view of Prof. Spaemann and others: namely, that the pope permits communion for Catholics in an irregular marriage. That is to say, the pope permits adultery.

So always willing to check out the truth of what is claimed, I watched the video myself. I learned that Cardinal Schonborn says the very opposite. You can take a look at it yourself; the relevant section starts just past the 59 minute mark and runs for about ten minutes.

Now, all this is important because for a very long and tedious April we have been told, on all the Chicken Little blogs and across the social media Webosphere, that footnote 351 is the “smoking gun” that permits communion for those in an irregular union without requiring them to abandon their sin.

But Pope Francis, in his latest interview while flying back to Rome from Greece, was asked about that very point, and he referred the reporter to Cardinal Schonborn’s presentation on Amoris Laetitia. Schonborn is a very good theologian, the pope said, he knows the doctrine of the Church, and you will find your answer with him. So Pope Francis gives a great deal of weight to what Schonborn has to say.

Let us then, turn to the video and see what Schonborn says. Turn there, and not to One Vader Five.

The integration of people in irregular situations is a pastoral duty, because they are baptized and they are called to live as they can in the limits of what they can—their life of faith. You know, at the very end—the question of this little footnote. Let me show you the text in English.

By “this little footnote,” Schonborn is referring to footnote 351, which is where some claim to find a license for priests to admit those in irregular marriages to communion. Schonborn begins by quoting from the text in AL 305 that comes right before:

Because of forms of conditioning and mitigating factors, it is possible that in an objective situation of sin [Schonborn quotes this phrase twice, as if to emphasize the reality of what we are talking about]—which may not be subjectively culpable, or fully such—a person can be living in God’s grace, can love and can also grow in the life of grace and charity, while receiving the Church’s help to this end.

And now he directs us to The Dreaded Footnote:

In certain cases, this can include the help of the sacraments.

There it is, the smoking gun! Public adulterers and all manner of filthy whores are going to line up to defile the Eucharist, all with the pope’s approval.

But now listen carefully as Schonborn turns to attention to what the pope really had in mind.

What does he mean with that? Why isn’t he more explicit about it? Why has he put it into the footnote? I was asked this: Why a footnote about such an important question? Why only a footnote? Is it to hide? Is it to prevent critique from those nervous about such words? I don’t know; I haven’t asked him why he has placed it in a footnote.

Yes, these are the questions everyone is asking. My Facebook posts are full of cross-examination and a demand for answers. But keep listening, because Schonborn is about to clarify:

There is one point, very clear already. John Paul II has known, in certain cases, explicitly. And this is important for the understanding. You all know the famous exception John Paul has explicitly said.

So, according to Schonborn, Familiaris Consortio 84 is where we must go to learn what Pope Francis had in mind when he said that “in certain cases” couples in irregular unions can receive “the help of the sacraments.” Schonborn quotes from John Paul II:

However, the Church reaffirms her practice, which is based upon Sacred Scripture, of not admitting to Eucharistic Communion divorced persons who have remarried. They are unable to be admitted thereto from the fact that their state and condition of life objectively contradict that union of love between Christ and the Church which is signified and effected by the Eucharist. Besides this, there is another special pastoral reason: if these people were admitted to the Eucharist, the faithful would be led into error and confusion regarding the Church’s teaching about the indissolubility of marriage.

… This means, in practice, that when, for serious reasons, such as for example the children’s upbringing, a man and a woman cannot satisfy the obligation to separate, they “take on themselves the duty to live in complete continence, that is, by abstinence from the acts proper to married couples.”

Now this is strange indeed. I thought, from reading Life Site News, that this section of FC is at odds with footnote 351. Jon-Henry Westen quotes it to object to 351. But according to Schonborn, far from FC being at odds with 351, it is the very sense in which 351 must be understood. Why, that’s the very thing I said, in my response to Mr. Westen’s article. Will we get a correction from Lysergic?

Of course being careful not to give scandal. But Pope Francis has a little note on that, where he seems to observe that nonetheless they live a married life—not with sexual union, but they live together; they share their life; and publicly they are a couple. So I see the careful discernment requires, from the pastors and from the people concerned, a very delicate conscience.

The note Schonborn seems to have in mind here is footnote 329, which is in §298. I mention this because Steve Skojec at One Vader Five insists that 298 condones adultery. And yet to listen to Schonborn tell it, Pope Francis means the very thing I argued he did, in my rebuttal to Mr. Skojec. For the good of the children, the couple “live a married life” and “publicly they are a couple,” but—Schonborn’s words—“not with sexual union.” That’s what I said, and Mr. Skojec spent days on Twitter scoffing and dismissing it out of hand, with his accustomed storm of ad hominem.

Well, now we have listened to Schonborn. I eagerly await for One Vader Five and Life Site News and all the others to say, “Mea maxima culpa. Guess I was wrong.”

You can watch the video yourself here: 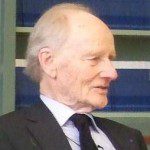 April 30, 2016
Interacting With the Spaemann Interview on Amoris Laetitia
Next Post 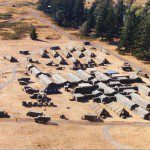