Does Amoris Laetitia Contradict the Council of Trent?

Does Amoris Laetitia Contradict the Council of Trent? May 10, 2016 Scott Eric Alt

Dr. Brugger’s fifth and final claim about Amoris Laetitia is that it is “inconsistent” with the Council of Trent. This one is very briefly refuted. He is thinking of AL 301:

Hence it is can no longer simply be said that all those in any “irregular” situation are living in a state of mortal sin and are deprived of sanctifying grace. More is involved here than mere ignorance of the rule. A subject may know full well the rule, yet have great difficulty in understanding “its inherent values”, or be in a concrete situation which does not allow him or her to act differently and decide otherwise without further sin.

Dr. Brugger finds this at odds with the Council of Trent’s insistence, in canon 18 of the Decree on Justification, that “If any one says the commandments of God are impossible to keep, even by a person who is justified and constituted in grace: let him be anathema.”

But the reader will recall AL 295, which I keep bringing up since Dr. Brugger does not mention it at all in more than five thousand words:

However one reads AL 301, he can not read it in such a way that it would deny what the pope had said just six paragraphs earlier. The pope does not think that “the commandments of God are impossible to follow,” for he says in AL 295 that “everyone without exception” can do so. Dr. Brugger does not mention this part.

So what is the pope saying in AL 301? The first thing that must be kept in mind, when answering that question, is the context: In 301 the pope is discussing various factors that can mitigate culpability when grave matter is present. He is not speaking about the truth of the moral law, nor one’s ability to follow it, but instead whether one’s failure to follow it constitutes mortal sin.

When that context is considered, AL 301 does not become much of a problem at all. “Hence it can no longer simply be said,” the pope writes in the very passage cited by Dr. Brugger, “that all those in any ‘irregular’ situation are living in a state of mortal sin and are deprived of sanctifying grace.” The discussion here is about whether one can be charged with mortal sin, not whether one is unable to follow the moral law.

“What AL is ignoring,” says Dr. Brugger, “is the adequacy of grace to enable people to respond to the overall objective demands of the Gospel.”

Not so: Remember AL 295: “It can be followed with the help of grace.” Where in that statement does Dr. Brugger find a denial of “the adequacy of grace”?

That is the unanswered question. 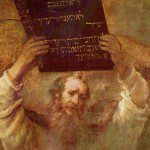 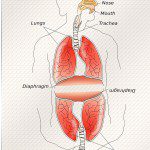 May 12, 2016 Let's All Take a Breath about "Women Deacons"
Recent Comments
0 | Leave a Comment
Browse Our Archives
get the latest from
Catholic
Sign up for our newsletter
POPULAR AT PATHEOS Catholic
1 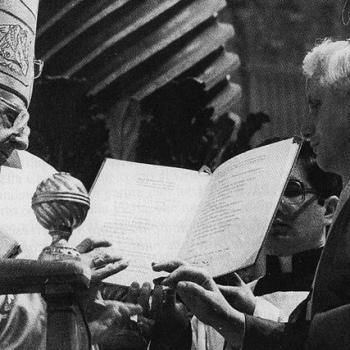 Catholic
This Paul VI Encyclical Really Deserves a Birthday...
To Give a Defense
TRENDING AT PATHEOS Catholic