Does Amoris Laetitia Treat the Moral Law as a Mere “Ideal”?

Does Amoris Laetitia Treat the Moral Law as a Mere “Ideal”? May 10, 2016 Scott Eric Alt

I wish Pope Francis had not used the word “ideal” at all in reference to the moral law; if for no other reason than its potential to mislead. I can be frank about that. The word can suggest that a moral life is no more than a goal; God prefers that you achieve it, but strictly speaking you can do without it if you fall short.

But that is not what Pope Francis meant to imply. And to know he didn’t, we need look no further than AL 295, where he speaks of the Law of Gradualness:

This is not a “gradualness of law” but rather a gradualness in the prudential exercise of free acts on the part of subjects who are not in a position to understand, appreciate, or fully carry out the objective demands of the law. For the law is itself a gift of God which points out the way, a gift for everyone without exception; it can be followed with the help of grace.

The moral law is “objective”; it is “for everyone without exception”; and it “can be followed.” Thus says Pope Francis, in a passage Dr. Brugger does not quote even once. (That is remarkable in an article of more than five thousand words.) He discusses three passages from Chapter 8—in sections 304, 305, and 307-308—but at no time does he refer to 295 to try to shed light on the pope’s meaning.

In AL 304, Pope Francis cites St. Thomas Aquinas regarding how, the further one “descend[s] to matters of detail,” one may “encounter defects” in “general principles”:

Pope Francis cites this passage in order to point out that “It is reductive simply to consider whether or not an individual’s actions correspond to a general law or rule, because that is not enough to discern and ensure full fidelity to God in the concrete life of a human being.”

Dr. Brugger raises the following objection to the pope’s use of Aquinas in this context:

Aquinas certainly does not have the norm against adultery in mind when he speaks about the “failure” of general principles (“encountering defects”). We know this because we know he does not consider the norm against adultery a general principle, but rather a concrete moral absolute. Aquinas’ definition of adultery (II-II, q. 154, a. 8c) is very specific: “adultery is access to another’s marriage-bed”, i.e., engaging in sexual intercourse despite the fact that at least one of the acting persons is married to someone else. This is not a general norm, such as “love your neighbor as yourself.” It is specific and concrete and Aquinas expressly teaches that it is binding even when by adultery one could save the country from tyranny.

And while all that is strictly true, as applied to Amoris Laetitia it is an exercise in question-begging. Dr. Brugger simply assumes that by “general rule,” the pope has in mind: “Adultery is morally wrong”; or: “A second marriage without annulment of the first is adultery.” If he had paid attention to the overall context in which §304 comes up, he might have avoided this assumption.

Go back a mere two paragraphs earlier, to §302, and you will find the pope discussing factors that mitigate culpability where there is grave matter. Dr. Brugger himself has admitted that mitigating factors are an important aspect of moral theology. In that context, the “general rule” the pope has in mind might be: “Those who contract an irregular marriage are guilty of the mortal sin of adultery.” In other words, the pope is addressing situations where there might be adultery (grave matter) without guilt for adultery (mortal sin). The “general principle” is not: “Adultery is grave matter,” but: “Where there is grave matter there is mortal sin.”

“What’s missed throughout chapter 8,” Dr. Brugger claims, “is any discussion—or even any mention—of the truth that adultery is intrinsically evil.”

Not so; and that is why I began by quoting from AL 295. In the paragraphs leading up to 295, the pope’s discussion is about the moral law in general terms, not mitigating factors that diminish culpability. When the pope speaks of the moral law generally, he says that it is an “objective demand” for “everyone.” When he speaks of factors that mitigate culpability, he speaks of “general principles.” Dr. Brugger treats a discussion of the one as though it is a discussion of the other.

Because of forms of conditioning and mitigating factors [See how I told you this was the context, not the moral law of itself?] it is possible that in an objective situation of sin [I thought Dr. Brugger told us the pope does not believe adultery is objectively sinful!] which may not be subjectively culpable, or fully such [See the importance of context?] a person can be living in God’s grace.

The pope goes on to discuss how pastoral discernment can help such couples to discover “paths of sanctification.” Dr. Brugger immediately declares: “In this passage the German bishops get all they want.” He is distressed enough by the thought to put it in italics and underline it.

If only he had printed it in bold-face and all caps too.

But I am not entirely clear how he reaches any such conclusion. He seems to read it into the text. “It is true,” he says, “that because of invincible ignorance, people can be living in grace while choosing objectively gravely immoral objects. But even if a pastor could know they are in such ignorance, he would have a duty in charity to help them get out of their objectively sinful situation.”

Well, what does Mr. Brugger think the pope has just been describing? In which sentence does the pope say, “Allow them to remain as they are”? Is remaining as you are a “path of sanctification”?

Moreover, in which sentence does the say, “Allow them to line up for communion”? Mr. Brugger claims to find this in the phrase “the Church’s help.” By “the Church’s help” the pope must mean “receive communion,” and Dr. Brugger cites footnote 351. Cardinal Schonborn himself, however, in a presentation long available by the date Catholic World Report published Dr. Brugger’s article, specified that the “certain cases” in which communion could be given were those in which the couple agreed to live in continence. Might not continence be a “path of sanctification”?

“More than this,” Dr. Brugger continues,

all those who dissented against the Church’s teachings of moral absolutes get what they wanted. For those so-called absolutes are now non-binding ideals, and people who think that contracepting, etc., are okay for them here and now are doing what God is asking of them in their complex situations.

Wait, how did contraception come into this? And earlier in the article, Dr. Brugger said that one of the strengths of Amoris Laetitia was its reiteration of the evil of contraception. But now I am supposed to believe the pope approves of it in a passage where it’s not even the subject? How does that work?

Nowhere in this section does Dr. Brugger explain how the German bishops are being given an imprimatur to distribute communion to anyone at all, still less how Humanae Vitae just got overturned. He just claims it, without doing sufficient work to show where he finds it in the text.

Dr. Brugger last goes on to quote from AL 307-308, giving emphasis to all the times Pope Francis describes Christian marriage as an “ideal.” Since I concede this is a weakness of the exhortation—in terms of word choice—I would only point out that is careful not to read into the poor word choice a meaning that is not there. It is poor word choice, and that is all it is.

It is perfectly true to say that this word choice could be misleading. But it is not true to say, as Dr. Brugger does, that behind it stands some belief on the pope’s part that “the command of Christ is merely an ideal.” For the pope has already described it as an “objective demand.” (AL 295 is important.)

Again, we must not be so eager to critique this paragraph that we disregard that passage.

Part 5 can be found here 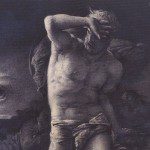 May 4, 2016
Is Amoris Laetitia Inconsistent in Its Treatment of Conscience?
Next Post 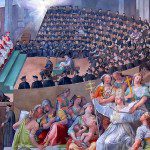