We have heard, from those who deny that Trump’s tweet against The Squad was racist—you know, the one where he said they should go back where they came from, even though three of them were born in this country—that Trump wasn’t bothered by their race. He has no racist bone. He only objects to their hatred of America. If you don’t like it here, you are free to go. Sebastian Gorka said it himself, and Frank Pavone played the clip live on Twitter. Mr. Pavone, a priest, has as much of a man crush on Gorka as he does on Trump.

The problem is, who the hell is Mr. Trump, or Mr. Gorka, or Mr. Pavone (a priest) to decide who loves or hates America and who does not? I know, I know: This a thin cover for racism, for the belief that it’s whiteness that makes America America. And here’s what I mean. The expression “go back where you came from” is racist on its face. But more than that, three of the four women Mr. Trump said should go back where they came from are actually from the United States. Ms. Ocasio-Cortez was born in the Bronx; Ms. Tlaib was born in Detroit; Ms. Pressley was born in Cincinnati. Because they are brown, the president assumed that they must have been born elsewhere. They must be immigrants. You only get the presumption of having been born here if you’re white.

But let’s assume for the sake of a blog post here that Mr. Trump’s real animus is against people who hate the United States. He knows that The Squad hates America—why? Trump claims that AOC has called Americans “garbage.” That’s fake news. In fact, she described the policies of moderates as “ten percent better than garbage.” He claims that Rep. Ilhan Omar referred to “evil Jews.” That’s fake news. What she said was that the nation of Israel has done evil things.

In other words, what’s really going on here is that Mr. Trump tells these lies to cover for his racism as well as for the fact that these four women are able critics of policies that he favors. For example, there has been much anger in the right wing about AOC’s protests against concentration camps at the border.

The real assumption is this—that, if you protest injustice, you must hate America. Mr. Pavone, a priest, has spent a great deal of time on Twitter defending the separation of children from their families because, he says, that’s what happens when you violate the law. He defended the ICE deportation raids because the victims, he says, broke the law.

Whatever happened to the Catholic teaching that an unjust law is no law at all? Mr. Pavone, a priest, ought to be familiar with this, because Pope St. John Paul II relies on that teaching when telling us to fight laws permitting abortion. That’s in Evangelium Vitae. Perhaps Mr. Pavone, a priest, has read it.

The doctrine on the necessary conformity of civil law with the moral law is in continuity with the whole tradition of the Church. … Abortion and euthanasia are … crimes which no human law can claim to legitimize. There is no obligation in conscience to obey such laws; instead there is a grave and clear obligation to oppose them by conscientious objection. From the very beginnings of the Church, the apostolic preaching reminded Christians of their duty to obey legitimately constituted public authorities (cf. Rom. 13:1-7; 1 Pet. 2:13-14), but at the same time it firmly warned that “we must obey God rather than men” (Acts 5:29). (EV 72, ff)

[O]ne has a moral responsibility to disobey unjust laws. I would agree with St. Augustine that “an unjust law is no law at all.”

Dr. King derives this from St. Augustine. Perhaps Mr. Pavone, a priest, has heard of him. But whether he has or not, he surely gives no regard to him, or to John Paul II. Which makes his protesting abortion schtick just a slight bit incongruous.

In fact, protesting injustice is an American tradition. The Declaration of Independence was a protest against injustice. If we are going to say that protesting injustices within your own country means you hate America and should leave, then the abolitionists hated America. The suffragists should have left. JFK should have offered to pay for passage out of America to the hate-America-firsters who showed up at the March on Washington.

And Frank Pavone hates America, too, because he protests the injustice of abortion. I mean, if he hates America so much, as evidenced by his harsh words against the law of the land, then he should tell us where he would prefer to live, and I’ll make sure I start a GoFundMe to see that it happens. 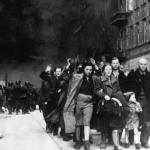 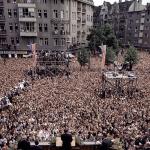 July 24, 2019 There is no Catholic case for Communism.
Browse Our Archives
Related posts from To Give a Defense 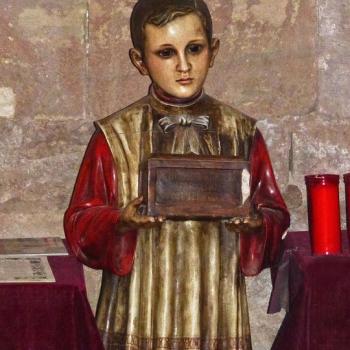 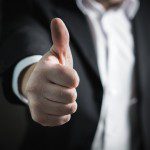