Is Premarital Kissing a Sin? and Other Quick Takes: 7QT XXII Seriatim

Patheos Explore the world's faith through different perspectives on religion and spirituality! Patheos has the views of the prevalent religions and spiritualities of the world.
I

Apparently there’s a crisis of premarital kissing afoot, and Traddy bloggers must call it out, or legions will end up in the Second Circle. Or something. I actually guffawed, and loudly, when I saw this post over at ProLife365. “There Kukla goes again,” I said. “Stopping abortions by stopping kissing first.”

Then, on the Facebook discussion, Micah Murphy (who admits to scrupulosity even about the potential sexual temptations of hand-holding, one of the most dangerous sins of this present age), directed me to this post from the always-credible Taylor Marshall. Dr. Marshall claims that Pope Alexander VII condemned French kissing between unwedded couples.

Except that’s not quite what Alexander VII condemned. If we go to the reference in Denzinger, here is what we will find. (It comes from a a document entitled “Various Errors on Moral Matters.”)

It is a probable opinion which states that a kiss is only venial when performed for the sake of the carnal and sensible delight which arises from the kiss, if danger of further consent and pollution is excluded.

So this is not specific to French kissing, and Alexander VII adds an important qualification, which is that sexual arousal is the intent of the kiss. How many people do you know who kiss someone, with the specific intent of arousing sexual desire, without the further intent to ultimately engage in a sexual act? The kiss is the least of the worry here.

I suspect Dr. Marshall is making too much of this; which would not be unusual for someone who has also spent his days condeming Beatles cover art as deeply troubling.

The problem with this whole legalistic discussion about premarital kissing and when it becomes sinful is that a couple that is dating and discerning marriage will kiss for any number of reasons: to express love, affection, passion; to create a romantic bond; because they take delight in each other. This is so normal I marvel greatly that anyone would wring his hands and faint upon a couch over it. If it’s not pleasurable, you’re doing it wrong. Arousal is incidental—you know, that kind of thing happens—and if it creates too great a danger that you’ll get carried away and sex will occur, it’s probably wise to cool it for the time being and find something else to do.

But I can’t think of a discussion more apt to create scrupulosity and neurosis over the least sign that you are sexually attracted to the person you’re dating. Aren’t you supposed to be sexually attracted? If only it were true that all we had to worry about was that unmarried couples engage in passionate kissing but do nothing more.

Darwin Catholic has some good things to say about all this:

Sex is an action reserved for marriage not just because the reproductive aspects are most truly realized in a committed marital relationship, but because the physical action of intercourse also bonds a man and woman together spiritually. Since all actions have spiritual effects, a kiss also can form a bond, but it is not remotely the permanent bond formed by intercourse. … [A] kiss is not remotely the physical and spiritual equivalent of (avert your eyes!) a penis entering a vagina, no, not even a french kiss. Not even if it’s an arousing kiss. A couple may choose, for mutual and prudential reasons, not to kiss before marriage, but that does not necessarily make them more virtuous or chaste than a couple who does. It makes them a couple who misses out on the joys of kissing.

Why is this something we must talk about this week?

I got some grief when I cited the Council of Trent as an authority for Baptism of Desire as applied by grieving parents to infants who die in the womb. Tush! I was told. One can desire baptism only on his own behalf.

It struck me as a weird claim, since Catholics teach that parents can speak on their living children’s behalf. But suddenly, if a child dies in the womb and his parents can’t baptize him, Calvinist rules apply. Actual baptism is Catholic; Baptism of Desire is Calvinist. That’s peculiar.

Anyway, here is Tim Staples on Catholic Answers Live, agreeing with me about Trent.

Cynthia Schrage, of After the Ecstasy, the Laundry, introduced me to the blog Brain Pickings, by Maria Popova. It is excellent. If you don’t know it, you should. Popova describes herself as a “curious mind at large,” and it shows. She writes—in just her most recent posts—about Virginia Woolf on creativity, astropoetics, Hannah Arendt on lying, and Dorothy Day on community. Check it out.

Dr.* James White and Steve “Purple” Hays of Failablogue (he calls it Triablogue, which I think is optimistic) are having a bit of a Calvinist’s quarrel over the shooting in Orlando.

Dr.* White has been at pains to point out that jihadists don’t represent the majority of Muslims. It seems to me that he would know; I mean, he debates Muslim apologists and scholars all the time, and is therefore in a good position to know that the radicals don’t represent the mainstream of Islamic thought.

Despite that, Mr. Hays is certain that Dr.* White is a “Muslim partisan” and a “tool for Muslims.”

This is amusing to watch from a distance.

Within a week, like magic, I have become a deficient Catholic and a hater of Christianity and a shill for Islam.

I feel a bit of solidarity with Dr.* James White, the Muslim apologist.

There have been two excellent posts this week in the wake of the tragedy in Florida, in which an alligator dragged a two-year-old boy to his drowning death.

Tommy Tighe at Aleteia writes on “Grief, Condolences, and the Secret of What to Say.” Here is part of it:

At my son’s funeral, the priest expressed it better than I could have. He said, “I spent the night before this funeral trying to think of the reason something like this would happen. I came up with nothing. And so I started to try and think of the something I could say that would lessen this family’s pain, even by the smallest of measures. Again, I came up with nothing.”

There is no magic formula, no perfect observation, no precise words that can ease the pain of someone suffering something so profound. …

For those who are experiencing the worst moment of their lives, con-dolence is exactly what they need: Someone who is willing to sit with us in that uncomfortable space, through the tears, the anger, and the hopelessness. We need someone who doesn’t succumb to the urge to fix everything, the wish to make us happy, or a pretense that everything is okay.

And Matt Walsh, as only Matt Walsh can, raked the coals over the asses in social media who rushed to blame the tragedy upon poor parenting.

Most parents would not hesitate to give up their lives or undergo any physical trauma for the sake of protecting their children. That father in Florida did not hesitate to rush into the water and tussle with a giant alligator. If he’d been successful, perhaps the alligator would have attacked him next. And I have no doubt he would have preferred to suffer that painful and agonizing death instead of his son. If he could go back and stand in his son’s place, he would. That is what it means to love a child. What possible purpose does your criticism serve? He would give up his life to have his child back. Do you think he needs you to inform him that it would have been best if this whole situation were avoided? Does any parent need that?

No; no more than I needed it when I was told that my daughter’s stillbirth was my fault. (Yes, someone did tell me that.)

Aren’t there moral issues, which a pro-life site might be checking into, more important than whether or not I kiss my girlfriend and I like it? 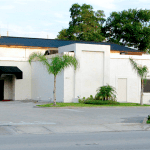 June 13, 2016
Still Say The Orlando Shooting Was About Radical Islam?
Next Post 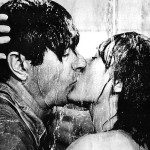 June 20, 2016 If Thy Lips Cause Thee to Sin
Recent Comments
0 | Leave a Comment
Browse Our Archives
Related posts from To Give a Defense 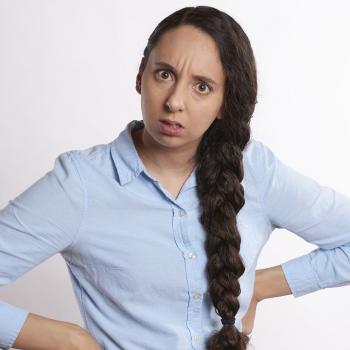 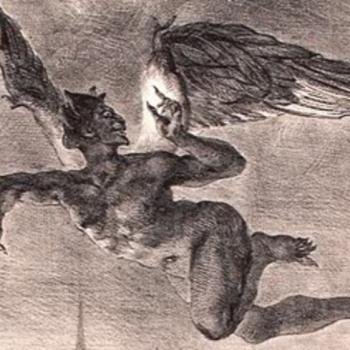 Catholic
Taylor Marshall says: Listen to the demons!
To Give a Defense
TRENDING AT PATHEOS Catholic