Sorry, But I’ve Changed My Mind About Pope Francis

The pope, in footnote 351, says that “in some cases” couples who are in an irregular marital union but unable to separate for the sake of children can “receive the help of the sacraments.” In the main text (par. 305), he says that such couples are in “an objective situation of sin,” even if “not subjectively culpable.”

Now, it is standard Catholic teaching that, if grave matter is present, mortal sin nevertheless may not be. If a person has a cocaine addiction, for example, the presence of addiction impairs freedom of the will sufficiently that there is no “subjective culpability.”

Of course, once such a person acknowledges this problem, he needs to get help to break the addiction.

Similarly, a couple who contracted an irregular marriage (divorce and remarriage without annulment, for example) may not be “subjectively culpable” if their conscience had not been fully formed at the time of the wedding. Or perhaps they were not Catholic at the time, and their church permitted such a marriage.

Again, once the couple become aware of the “objective situation of sin,” it is their responsibility to correct it. They can no longer appeal to their lack of “subjective culpability.”

That said, Pope St. John Paul II recognized the possibility that some couples in such a situation may be unable to separate for the good of their children. In Familiaris Consortio, he said that, were such couples to agree to abstain from sexual union, there would no longer be an “objective situation of sin,” and they would then be free to receive the Eucharist at Mass.

So the question becomes: Are the “some cases” to which Pope Francis refers in footnote 351 the same that John Paul II mentions in Familiaris Consortio. Or are there other cases, unspecified in the text, in which couples can return to the sacrament?

In one public address, Cardinal Schonborn seemed to say that 351 was merely an allusion to FC 84. I wrote about that here and here.

According to Schonborn, a couple who cannot separate, for the good of the kids, must be “careful not to give scandal.”

[N]onetheless they live a married life—not with sexual union, but they live together; they share their life; and publicly they are a couple. So I see the careful discernment requires, from the pastors and from the people concerned, a very delicate conscience.

Well and good. Pope Francis even said that any questions about footnote 351 should make note of what Schonborn has to say, because Schonborn is a good theologian, and he gives great detail, so find what Schonborn says, what do I know, I can’t even remember footnote 351.

Problem is, it turns out that His Eminence Cardinal Schonborn has been a tad inconsistent about this footnote. His words above were in April. Three months later, in July, he gave an interview to Fr. Antonio Spadaro. In that interview, Schonborn says there has been “an evolution”—a “clear” one—in our understanding of factors that mitigate culpability for sin.

Okay, maybe so. But what are these new mitigating factors? Schonborn goes on to quote from Amoris, but that does not answer the question. The closest the text comes is this:

A subject may know full well the rule, yet have great difficulty in understanding ‘its inherent values,’ or be in a concrete situation which does not allow him or her to decide differently and act otherwise without further sin.

That lacks—how shall I say?—precision. And Fr. Spadaro presses Schonborn.

But this orientation was already contained in some way in the famous paragraph 84 of Familiaris Consortio, to which Francis has recourse several times, as when he writes: “Pastors must … exercise careful discernment of situations.

already presupposes implicitly that one cannot simply say that every situation of a divorced and remarried person is the equivalent of a life in mortal sin.

Yes. But under which conditions may such a couple return to the sacrament? The pope says the Eucharist is not a prize for the perfect but nourishment for the weak. How, asks Fr. Spadaro, can the Church “integrate” all this into its “classical doctrine”? “Is there a rupture here with what [the Church] affirmed in the past?”

Well, says Schonborn, what those “some cases” are, that has to be left to “individual discernment.” There is no “general discourse” that can answer that. We now have a “different hermeneutic.”

Spadaro will not let it go. “What does ‘some cases’ mean?” he asks Schonborn. Can we be given an “inventory”?

No! says Schonborn. There is no “inventory.” An “inventory” would be tantamount to “abstract casuistry.” But one thing is for sure, says Schonborn, and that is that the pope “does not stop short at the kind of cases” mentioned by Familiaris.

Oh. So it’s not just those who agree to live together without sexual union who can return to the Eucharist; there are other cases in which one may do so, but we don’t say what those cases are, because that would be casuistry, we can’t have an inventory, but we must have discernment and conscience.

This is why there is a problem with Amoris Laetitia–because there are sections of it, important sections, that are vague, and which scream out for clarification; but attempts to clarify have led to further vagueness (as in Schonborn’s interview with Spadaro) and inconsistent opinions about what it was that the pope wants pastors to do, and not do, with couples in an irregular union seeking to return to the Eucharist. We have had assurances that Amoris is utterly consistent with Familiaris and yet there are two problems:

And because they do not carry Magisterial weight, different bishops are interpreting Pope Francis to pretty much be saying what they want him to say, and doing what they want to do, and there is no uniformity or correction where there has been folly.

So four cardinals intervene with a series of questions asking the pope for clarification on footnote 351. The full text is here.

These strike me as fair questions. The cardinals are seeking a definitive, Magisterial answer to some people’s doubts—not answers in interviews, not private lectures, not “go listen to so-and-so.” The reason the Church needs a definitive answer is to prevent bishops in some places from running wild and doing whatever they want to the potential harm of souls. If someone in a state of mortal sin, not disposed to receive the Eucharist, receives the Eucharist anyway, that compounds the problem. It is a harm to both the individual who receives and the priest who knowingly distributes. A definitive clarification would, potentially, forestall this.

Moreover, if there has been genuine and legitimate doctrinal development, then the pope needs to spell it out out in fairly precise terms. What is this development? How are we to understand it?

Only the pope has the authority to answer such questions. This is why the Church has a pope.

That Pope Francis has refused to answer these questions is a problem. It is tantamount to the pope saying, “I know there is confusion, I know people want it cleared up, but too bad. Figure it out yourself.”

Perhaps that is not an accurate representation of the pope’s thinking, but that’s what comes across. Confusion? Pshaw! Confusion upon your confusion!

And then, when the pope gives an interview attributing concerns to “legalism,” he comes across as condescending.

And now Fr. Spadaro has written another reminder that the questions have already been answered.

Really? By whom? The pope? In what context? Are these answers definitive? Are they magisterial?

Only the pope can speak with authority in answering these questions—not cardinals in interviews, not cardinals in private lectures, not theologians writing in journals, not bloggers on Patheos or One Vader Five.

And also, the Dean of the Rota gives a warning that the pope could strip Cardinal Burke and the other three of the cardinalate for their impertinence in making all this public and causing scandal.

Well, okay, perhaps the cardinals should not have made it public. Perhaps that was ill-advised. But stripping them of their red hats would be “most childish and unbecoming a successor of St. Peter,” to quote one individual commenting on the story on my Facebook page.

And because of all this, many believe that the pope wants confusion, likes confusion, does not wish to clear up confusion, and if there is confusion he must scoff at confusion.

No. We have a pope, in part, so that he can answer questions such as these, which arise from time to time in the Church. They have arisen now. For the good of the body, for the unity of the Church, the pope must answer them. He alone can do so with authority. That is why we have a pope.

I want to believe Amoris Laetitia is consistent with Church teaching, but if it is, why does the pope have such a difficult time clarifying that consistency? 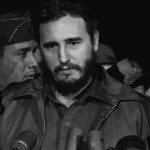 November 28, 2016
Jesus Died for Fidel Castro. This Should Not Be a Controversy.
Next Post 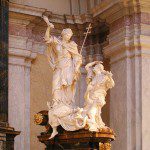 February 3, 2017 But What If A Pope Did Teach Heresy Ex Cathedra?
Browse Our Archives
Related posts from To Give a Defense