The pope said: “In order to demonstrate our love for the Pope, it is necessary to obey him. Therefore, when we love the Pope, there are no discussions regarding what he orders or demands, or up to what point obedience must go, and in what things he is to be obeyed.

“When we love the Pope, we do not say that he has not spoken clearly enough, almost as if he were forced to repeat to the ear of each one the will clearly expressed so many times not only in person, but with letters and other public documents; we do not place his orders in doubt, adding the facile pretext of those unwilling to obey – that it is not the Pope who commands, but those who surround him; we do not limit the field in which he might and must exercise his authority.

“This is the cry of a heart filled with pain, that with deep sadness I express, not for your sake, dear brothers, but to deplore, with you, the conduct of so many priests, who not only allow themselves to debate and criticize the wishes of the Pope, but are not embarrassed to reach shameless and blatant disobedience, with so much scandal for the good and with so great damage to souls.”

This is what Pope Francis said:

It is irreconcilable, therefore, to be a pontifical representative while criticizing the pope behind his back, to have a blog or even unite with groups hostile to (the pope), the Curia or the church of Rome.

In the comboxes, FaithfulCatholics™ are having a fit over all this.

Marxists and LGBTyranny allow no disagreement.

Yeah, the dictator in action. You shall obey me. You shall not criticize me.

It’s s very important for Catholics to expose him.

He should go and see a reputable Jungian psychiatrist.

Don’t have freedom of speech aka Communism.

This despot of a man is getting desperate. 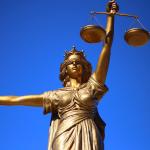 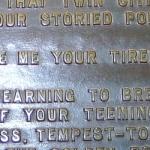 June 18, 2019 Don't Cite Leviticus 18 If You're Going to Ignore Leviticus 19
Browse Our Archives
Related posts from To Give a Defense 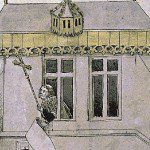 Catholic
Does Canon 194 Provide an Opening to Depose...
To Give a Defense 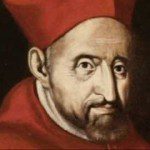 Catholic
A Heretic Would Not Cease to Be Pope:...
To Give a Defense 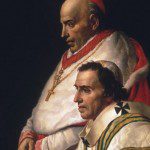 Catholic
Oh, That Conference on Deposing a Pope: Church...
To Give a Defense
TRENDING AT PATHEOS Catholic