People send me links (“Did you see this??”); I don’t seek out these things anymore. But Steve Skojec at 1 Vader 5, who has now resorted to posting screenshots from Facebook for the general ridicule, claims that Pope Francis actually condones adultery in Amoris Laetitia. (You can find it here if you are free from GERD.)”He does!” Mr. Skojec says with the incorrectible confidence he alone possesses. “Paragraph 298!” (Okay, the exclamation points are my own.)

The divorced who have entered a new union, for example, can find themselves in a variety of situations, which should not be pigeonholed or fit into overly rigid classifications leaving no room for a suitable personal and pastoral discernment. One thing is a second union consolidated over time, with new children, proven fidelity, generous self giving, Christian commitment, a consciousness of its irregularity and of the great difficulty of going back without feeling in conscience that one would fall into new sins. The Church acknowledges situations “where, for serious reasons, such as the children’s upbringing, a man and woman cannot satisfy the obligation to separate.”

There are also the cases of those who made every effort to save their first marriage and were unjustly abandoned, or of “those who have entered into a second union for the sake of the children’s upbringing, and are sometimes subjectively certain in conscience that their previous and irreparably broken marriage had never been valid”. Another thing is a new union arising from a recent divorce, with all the suffering and confusion which this entails for children and entire families, or the case of someone who has consistently failed in his obligations to the family. It must remain clear that this is not the ideal which the Gospel proposes for marriage and the family. The Synod Fathers stated that the discernment of pastors must always take place “by adequately distinguishing,” with an approach which “carefully discerns situations”. We know that no “easy recipes” exist.

That is the full text; I did not leave anything out. Now, the first bold passage is where (I think) Mr. Skojec gets the idea that Pope Francis condones adultery. I can think of no other, in any case. The pope says there are situations in which a couple in a second, “irregular” marriage are not able to separate. They show “Christian commitment” and “fidelity.” This must be what Mr. Skojec has in mind; for the rest of the paragraph does nothing more than set out a few examples of why a second marriage may have occurred, affirm that it is not “what the Gospel proposes,” and insist that pastors must discern cases.

And what is interesting, at least to me—I make no claim as to how interesting it will be to those who get all their information about Amoris Laetitia secondhand on social media, or from Fox and CNN, or the New York Times—is that Pope Francis includes a footnote to the text I put in boldface. Mr. Skojec does not mention this. He is sloppy like that. The footnote (it is #329) directs us to Familiaris Consortio. 84. Pope St. John Paul II called together a synod on the family too. FC is also an apostolic exhortation on the family; it is also, like AL, long. Interesting: I thought only Pope Francis called together these crazy synods to examine settled teaching; I thought only he wrote long documents to baffle us with an ocean of words. Are the malcontents wrong?

Pastors must know that, for the sake of truth, they are obliged to exercise careful discernment of situations. There is in fact a difference between those who have sincerely tried to save their first marriage and have been unjustly abandoned, and those who through their own grave fault have destroyed a canonically valid marriage. Finally, there are those who have entered into a second union for the sake of the children’s upbringing, and who are sometimes subjectively certain in conscience that their previous and irreparably destroyed marriage had never been valid.

St. John Paul II said this. Did you know that? And here, for two years, the malcontents have said that these are Bergoglian and Kasperite novelties; they will bring on the Remnant Church.

Together with the Synod, I earnestly call upon pastors and the whole community of the faithful to help the divorced, and with solicitous care to make sure that they do not consider themselves as separated from the Church [“They are not excommunicated,” said Pope Francis in another dangerous novelty of his], for as baptized persons they can, and indeed must, share in her life. They should be encouraged to listen to the word of God, to attend the Sacrifice of the Mass, to persevere in prayer, to contribute to works of charity and to community efforts in favor of justice, to bring up their children in the Christian faith, to cultivate the spirit and practice of penance and thus implore, day by day, God’s grace. Let the Church pray for them, encourage them and show herself a merciful mother, and thus sustain them in faith and hope.

Reconciliation in the sacrament of Penance which would open the way to the Eucharist, can only be granted to those who, repenting of having broken the sign of the Covenant and of fidelity to Christ, are sincerely ready to undertake a way of life that is no longer in contradiction to the indissolubility of marriage. This means, in practice, that when, for serious reasons, such as for example the children’s upbringing, a man and a woman cannot satisfy the obligation to separate, they “take on themselves the duty to live in complete continence, that is, by abstinence from the acts proper to married couples.”

So Amoris Laetitia 298 does nothing more than quote Familiaris Consortio 84. If Mr. Skojec wants to tell us that Pope Francis condones adultery, then he will have to tell us that Pope St. John Paul II condoned it as well. Is he prepared to do that? We all sit by our screens and wait.

”But Alt!” someone will say to me. “St. John Paul II expressly said that such couples must practice celibacy!

Oh? But so does Pope Francis. Here is the pope in footnote 329, which Mr. Skojec does not mention:

In such situations [i.e., irregular marriages], many people, knowing and accepting the possibility of living “as brothers and sisters” which the Church offers them, point out that if certain expressions of intimacy are lacking, “it often happens that faithfulness is endangered and the good of the children suffers.”

Yes, Mr. Skojec, Pope Francis says that those in an irregular marriage must live together celibately if, for the sake of their children, they cannot separate.

It is a matter of wonder to me that those who put a great deal of weight on footnote 351 somehow miss footnote 329. 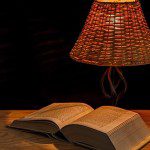 April 8, 2016
The Most Important Section of Amoris Laetitia
Next Post 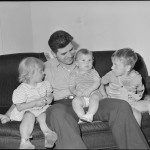 April 11, 2016 Things Pope Francis Says in Amoris Laetitia That Few Will Mention
Recent Comments
0 | Leave a Comment
Browse Our Archives
get the latest from
Catholic
Sign up for our newsletter
POPULAR AT PATHEOS Catholic
1