Wrath of the Trinity (Forsaken pt. 2)

More discussion of Tom McCall’s book Forsaken: The Trinity and the Cross, and Why it Matters, from Fred Sanders and Matt Jenson of Biola’s Torrey Honors Institute.

In his second chapter, McCall considers the question, “Did the death of Jesus make it possible for God to love me?” P. T. Forsyth pithily offers his answer: “The atonement did not procure grace, it flowed from grace.”

Jenson: Two groups of Christians commonly find in the Old Testament a wrathful God and in the New Testament a loving God. The first group is an assortment of heretics prone to a slash-and-burn technique in which the great thing about Jesus is that he saved us from Jehovah, materiality, sacrifice, our bodies, etc. This is the Gnostic way as identified by Irenaeus; it’s the way, too, of Marcion, whose tattered Scriptures rival even Thomas Jefferson’s. The second group that pits the testaments against one another is Bible-reading, Bible-believing Christians. That’s not a cheap shot; it’s a sociological observation. There’s a common sense, more or less sophisticated, among Bible-loving Christians that there’s just something, well, off about the OT. God seems angry, distant, melodramatic. Consider his decimation of the Canaanites. But when Jesus comes on the scene, he brings peace, compassion, acceptance. Look at his welcome of tax collectors and sinners. The reason I call this a “sociological observation” is because it’s strikingly widespread, despite the prevalence of lavish mercy in the OT (Hosea!) and shocking judgment in the NT, usually out of the mouth of Jesus himself (Rev. 19:15–and no, I don’t think that’s a reference to halitosis).

All of which by way of introduction to what I think is the best chapter in McCall’s book. McCall argues that the NT “heightens and strengthens the witness to both the wrath of God and the love of God. It emphasizes the everlasting consequences of divine wrath, and it grounds the love of God within the triune life of God in a way that goes beyond the OT. But in neither the OT nor the NT do we see the love of God and the wrath of God as polar opposites.” (p. 60) There is nothing selfish about God’s love; even his jealousy reflects his commitment to his people’s flourishing rather than some petty narcissism. God isn’t needy, but he loves us so much that he will kill us to give us life–so much, in fact, that he’ll give his only Son for us. (But that is to return to chapter 1.)

So, for instance, God’s love is not treacly sentiment but holy love–that is, love intolerant of sin. Think of the judges in Israel’s day, who would deliver God’s people by slaying their enemies. The problem that Jesus exposes better than anyone is that the people of God are their own worst enemies. So this Judge judged in our place delivers God’s people by dying for them. He takes their place and kills them dead, thus giving them life.

Fred, what do you make of McCall’s take on the trinitarian character of holy love?

Sanders: Well, you know he’s singing my favorite tune here. The triune life of the living God is love, and the gospel is a mighty act that brings us into fellowship with that love. Or in McCall’s words, “the incarnate Son and the promised Spirit bring to us this irreducibly pure and holy love of the intratrinitarian life –the love that God is” (p. 60). This is great stuff.

More startling, as you suggest, is how definitely McCall follows these ideas through to the trinitarian character of wrath. McCall goes after the “rampant and complacent confusion” that hears the biblical words “God is love” and responds “Hey, I’ve heard the songs, read the books and seen the movies–I know what love is. Cool, so God is like that. Sure, God loves me” (p. 56). He rightly points out that this attitude occurs among “modern people who perhaps have been inoculated with just enough of the biblical gospel to be able to withstand it.” McCall’s got a classic, highly compressed discussion of God’s wrath here, using Romans 1-3 as a focusing lens to summarize the witness of the Old Testament. He even has a solid defense of atonement as propitiation, that is, as a sacrifice that turns aside wrath (rather than the weaker idea of expiation, which pointedly Dodd-ges the concept of wrath).

So he does justice to the biblical teaching on the subject. We can’t say that wrath is the very essence of God: God forbid! But we also can’t ignore it, or even juggle it into some kind of perpetual tension with love, as some theologians do when they talk of a strife among the divine attributes. McCall makes a strong case that wrath is the form God’s perfect love takes on in the face of sin; “a (contingent) expression of his holy love.” What is love in the very life and being of God (and this is where his trinitarian emphasis is helpful), is a perfect purity which simply is wrath in its conflict with sin. It reminds me of the argument in Jeremy Wynne’s 2010 book Wrath Among the Perfections of the Divine Life. It also reminds me I need to finish reading that book…

Jenson: So it really is true that “all you need is love…” But it’s also true that “I want to know what love is…” For one, as we’ve seen, it’s holy and can even take the form of wrath. McCall further insists that love is impassible. Hegel–and, downstream from him, process theology–argue that God becomes along with the world, that he and we suffer together the slings and arrows of outrageous fortune. Moltmann, too, can’t imagine how a God incapable of suffering could possibly be loving.

Sanders: Divine impassibility is the classic doctrine, and it’s right. In addition to lining up with the massively uniform patristic consensus on this, McCall also invokes classic Protestant thought, summarized in Richard Muller’s line “the exclusion of ‘passions’ from the divine being never implied the absence of affections” (p. 68).

And divine simplicity to boot! This chapter is not going to win McCall any invitations to the next soirée of the “open and relational theologies” club. He notes the widespread recent rejection of the doctrine but plunges ahead:

The doctrine is, however, a very deep part of the Christian inheritance. However maligned it may be in modern theology, it is a staple ingredient not only of medieval Latin theology but also of patristic theology (both Greek and Latin) on one hand and post-Reformation scholasticism on the other hand. It is part of the creedal and confessional heritage of many theological traditions: the Westminster Confession, for instance, denies that God has ‘body, parts, or passions.’ The doctrine has been an important (some would say essential) element of the Christian doctrine of God for most of two millennia, being held by most of the fathers and doctors of the church; it is also, as we shall see, very important for an appropriate understanding of holy love and righteous wrath. (p. 74)

You see there at the end what he’s up to: If the problem is that people are thinking of the cross as a place where the Trinity was broken apart, or where Father and Son fought each other for our salvation, or “the death of Jesus made it possible for God to love me,” or the love of God finally reached the end of its collision course with the wrath of God…. then our proclamation of the cross is in danger of falling apart. Dr. McCall administers a dose of divine simplicity. None of those accounts of the cross are adequate, because the God who saves at the cross is not composed of parts or pieces; not even the divine attributes or persons of the Trinity mark out zones or subdivisions within God.

Matt, you called this chapter the best chapter in the book, and I think you’re right. This is where the work gets done. On the cross we are not seeing God versus God, Father versus Son, or wrath versus love. We are seeing God versus sin, hating it to death with all the intensity of his holy triune love. Or better, in McCall’s own words again:

God is for us. It is not part of God that is for us –as if some divine persons or some divine attributes were opposed to me while others are for me– it is just God who is, in the impassible simplicity of the trinitarian life, radically for us. 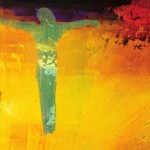 On Not Throwing the Baby Out...
Roger E. Olson
Related posts from The Scriptorium