One of our semesters at Torrey Honors Institute is called On Learning and Knowledge, and it is an excellent thematic investigation of epistemology, philosophy of education, and even pedagogy, among other things. Our juniors in this course read Plato and Aristotle, Augustine and Aquinas, Frederick Douglass and John Henry Newman, along with Descartes, Pascal, Locke, Hume, and Kant. It’s a remarkable run.

But we also have a long-standing commitment to spend part of every semester in Scripture. Some great books schools handle the entire Bible at once, or perhaps selections from the Old Testament in the earliest part of the survey and then the New Testament somewhere during the Roman period. At Torrey, though, we devote more class time to Scripture and we spread it across the whole four years.

This raises a curriculum challenge. What books of the Bible should we read during the semester On Learning and Knowledge? We could read just about anything from the Bible; we ought to read the whole Bible all over again this semester; we can’t repeat Bible books we’ve already done course work on; we’ve already used a lot of key books earlier in the curriculum. It’s a bit of a bind. But we thought hard about it, and I’m happy with our answer.

We have a doctrinal conviction about the nature of revelation: God doesn’t just show and he doesn’t just tell, but does both. Biblical revelation is show and tell, it is events and words having an inner unity, or mighty acts of God in history accompanied with the verbally inspired interpretation of the meaning of those acts. God splits the Red Sea (mighty act) and then announces the meaning (“I shall be your God and you shall be my people”). He sends Israel into exile and inspires prophets to tell them the meaning of that exile. This is how God educates; this is the central biblical method God uses to bring about knowledge of himself as an event in the minds of his people: show and tell.

So we read 1 and 2 Samuel and 1 and 2 Kings, followed by Isaiah. The historical books are the show part, where God manages the affairs of Israel via kings and prophets, with the occasional judge or priest in the mix. But Isaiah is the tell part, where the LORD speaks in first person, directly dictating what he himself means by what he has done with Israel. After that we conclude the semester with Matthew, the gospel that is uniquely attentive to how what is shown and told in Jesus of Nazareth fulfills all of God’s works and words.

We hit upon this rationale some time ago, but recently I found a statement about the inspiration of Scripture that stated the basic idea with admirable clarity. The author is Francis Hall, in his 10-volume series of books on conservative Anglican theology. In volume 2, written in 1918 and covering “authority ecclesiastical and biblical,” Hall says this about the unity of Scripture’s intent:

Speaking broadly, all the Sacred Scriptures subserve, either directly or indirectly, the common purpose of recording and illustrating the divine education of Israel; the process of divine self-manifestation; and the completion of both in the mystery of the Incarnate Word, and in the delivery to the Church of God of a faith which can never cease to be valid and sufficient for the spiritual welfare of mankind. Israel’s education and progress in spiritual knowledge, in spite of many national back-slidings, exhibits unique and consistent meaning throughout, because determined and controlled by divine guidance. And the Sacred Scriptures not only constitute literary monuments of this progress, but are also inspired by the Holy Spirit.

Hall is right on track when he says “all the Sacred Scriptures subserve… the divine education of Israel,” and he is clearly concerned to balance the historical and the verbal-propositional. He wasn’t writing about how to educate undergraduates, he was pondering the nature of biblical authority. But it’s nice to see his answer dovetail with ours. 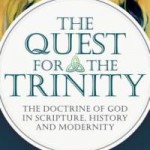 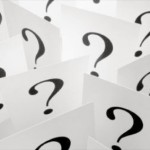 April 29, 2013 Doubting 101
Recent Comments
0 | Leave a Comment
Browse Our Archives
get the latest from
Evangelical
Sign up for our newsletter
POPULAR AT PATHEOS Evangelical
1

A Letter to Christians Who Can't...
Ponder Anew
Related posts from The Scriptorium