My favourite times of year are the transitional seasons of spring and autumn, when everything is changing rapidly. In spring there are new blossoms and new leaves emerging, and the days lengthen rapidly. In autumn, the leaves turn red and yellow and orange and are blown away in the wind. The smell of bonfires is in the air, symbolising the transformation of decay into the bright energy of fire.

Everything is always changing, transforming into something else; nothing is ever lost. The gathering of life experience is like the laying down of compost. The leaves of individual events fall onto the heap, fade and decay, and are transformed into memories, which feed our sense of identity, which gives rise to new experiences.

Change is constant in life; it is the one thing we can rely on. Some people find it difficult to embrace change; others enjoy it. Without change, there would be no growth, no seasons, no new life. There would also be no death, but just try to imagine what immortality would be like – a barren state of existence with no excitement.

The Buddhists like to point out that there is nothing constant about our bodies. Our cells are replaced so rapidly that every cell in our bodies is replaced by the end of seven years, so you are literally not physically the same person you were seven years ago. This is possibly the origin of the phrase, “the seven year itch”. Each day you acquire new experiences, new dreams, and lose old memories, so you are not the same person you were yesterday.

We constantly shape each other socially, giving approval or disapproval to certain characteristics, and each of us is a slightly different person in different social situations. We change our opinions as we hear new evidence, and this is a sign of flexibility and openness. A lack of willingness to change one’s opinion gives rise to the rigidity of fundamentalism. There’s a lovely quote by Alan Watts (an Episcopalian priest who became a Zen Buddhist in the 1960s) that explains the difference between the openness and trust of faith and the rigidity of belief:

“Faith is a state of openness or trust. To have faith is to trust yourself to the water. When you swim you don’t grab hold of the water, because if you do you will sink and drown. Instead you relax, and float. And the attitude of faith is the very opposite of clinging to belief, of holding on. In other words, a person who is fanatic in matters of religion, and clings to certain ideas about the nature of God and the universe, becomes a person who has no faith at all. Instead they are holding tight. But the attitude of faith is to let go, and become open to truth, whatever it might turn out to be.”

This openness and trust is an essential pre-requisite for the building of spiritual community. It is why many communities (such as Quakers and Pagans, and many Unitarians) like to do their rituals in a circle, which involves making eye contact with others, and emphasises the equality of participants.

The sociologist of religion, Emile Durkheim, said that the function of ritual is to manage changes in life, such as the transition from one state to another. Rites of passage (coming-of-age, coming out, initiation, marriage, divorce, birth, and death) are obvious examples; but in a sense all rituals are about managing change. The structure of ritual is a way of managing and enabling the change in consciousness that you experience as you make contact with the Divine by gradually relaxing into the ritual and entering into an altered state of consciousness.

The major change enabled by participating in a ritual is the building of community with others. As we share the celebration of ultimate worth, singing, praying, invoking, meditating, speaking and listening, we are focused on something other than our individual ego. We cease to worry about how we look, and focus on the experience of being together. The constant presence of the inner commentator is switched off. David Smail, a therapist who regards therapy with suspicion, writes in his book, Taking Care, that more therapeutic benefit is derived from participating in a communal activity than from hours of individual therapy. This is true even if it’s something apparently trivial like your local bridge club.

Being in a community of people sharing their spiritual journeys enables us to rub the corners off each other; to be aware of our own foibles and to tolerate those of others. That’s presumably why the prayer of Jesus emphasises that we are forgiven as we forgive those who trespass against us (or in the original Aramaic, “detach us from the fetters of the faults that bind us, as we let go the guilt of others”).

So change is both embracing and letting go, expansion and contraction. It is a dance of inner and outer, dark and light. It is a cycle of growth, death and rebirth. Everything is in constant flux. The plants grow, blossom, bear fruit and die. Stars and galaxies are born, expand, and then die as their energy is spent.

Sometimes change can be painful. The loss of loved ones, or the ending of relationships, are usually immensely painful, but they may also enable growth and renewal, and expand your capacity to feel. There’s a beautiful poem by Kahlil Gibran about joy and sorrow:

Your joy is your sorrow unmasked
And the selfsame well from which your laughter rises was oftentimes filled with your tears.
And how else can it be?
The deeper that sorrow carves into your being,
The more joy you can contain.
Is not the cup that holds your wine the very cup that was burned in the potter’s oven?
And is not the lute that soothes your spirit the very wood that was hollowed with knives?

Afterward, the Baal Shem Tov said to him: “Lo, in the habitation of the king are to be found many rooms and apartments, and there are different keys for every lock, but the master key of all is the axe, whith which it is possible to open all the locks on all the gates. So it is with the ram’s-horn: the secret meanings are the keys; every gate has another meaning, but the master key is the broken heart. When a man truthfully breaks his heart before God, he can enter into all the gates of the apartments of the King above all Kings, the Holy One, blessed be He.” — Or Yesharim

When I reflect on the changes in my own life – the beginnings and endings of relationships, moving house, moving to a new city, meeting new friends, learning new ideas – these are always the times of greatest spiritual growth for me. Suddenly I experience a flood of creativity; poetry and prose pours onto the page in an unstoppable flood. Then there may be years of stagnation, until something comes along to shake me out of my rut and force me to move and grow. I should really try to find a way to make change constant in my life…

There could be no stories without change, because stories tell about the transition from one way of being to another – the discovery of spiritual treasure, a struggle for justice, falling in love, journeying from one place to another. The scientist Jack Cohen has suggested that we be renamed Pan narrans, the storytelling ape, because storytelling is a major aspect of our human nature. So let’s celebrate change as being the basis of all good stories, including the unique and special story we are each currently living.

[originally published at Dance of the elements] 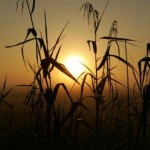 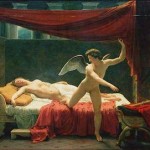 December 26, 2012 Eros and Psyche
Recent Comments
164 Comments | Leave a Comment
Browse Our Archives
get the latest from
Pagan
Sign up for our newsletter
POPULAR AT PATHEOS Pagan
1

Pagan
My Polytheism
Dowsing for Divinity
TRENDING AT PATHEOS Pagan