Over at PaganSquare, Sam Webster has the latest installment in his Pagan systematic theology. Sam’s approach differs from mine in many ways — his grounding in the writings of the ancient Greeks (especially Iamblichus) being just one — and teasing out my own reactions to what he has to say is always instructive.

This latest post is on the nature of the Gods, and I’m particularly pleased to see him differentiating monotheism (one deity) and monism (one spiritual essence) on the way to polytheism. The conflation of those two terms has led to some less-than-productive conversations between Pagan soft and hard polytheists (and, as Sam points out, even among scholars).

In other news, the deadline to submit papers to this awesome upcoming Pagan conference (featuring Ronald Hutton!) has been extended to February 1: 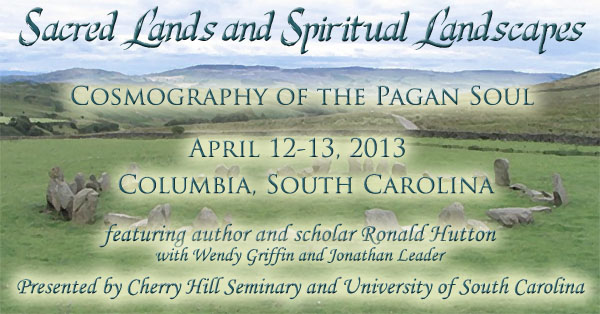 We welcome papers that explore the following questions:

In today’s post-modern, urbanized world, where everything is a commodity, how and where do Pagans find their sacred places? How should we protect and maintain these sites? In colonized worlds, how do we avoid the appropriation of these lands? If Goddess is immanent in nature, what makes some places more sacred than others? How is our spirituality shaped by the land and our relationship with the land shaped by our spirituality?

Proposals of up to 1000 words are due by February 1, 2013 and may be uploaded at  http://www.cherryhillseminary.org/blog/announcements/call-for-papers/

I’m hoping to attend (blessedly, as a nonpresenter — after this fall of intense writing, I need a little break!). Maybe I’ll meet some of you there?

In the first episode of The Pagan Voice, a new web TV show for and about Pagans, Pagan studies scholar Michael York is interviewed on the subject of Pagan vs. Gnostic theology. The piece with Michael starts at about 21:13. There’s also some worthwhile material on the subject of violence against minorities and Transgender Day of Remembrance.

Finally, this week I read P. Sufenas Virius Lupus’ book All-Soul, All-Body, All-Love, All-Power: A TransMythology. I had no idea an epic poem could be so steamy! With luck, I’ll have a review up here sometime in the next week.

January 5, 2013
Maps and signposts on the journey
Next Post