What is cultural appropriation?

It’s about power, and context, and histories of persecution.

The Native Americans had their land and livelihoods taken away, their cultural identity erased and derided, and now people are taking their spiritual practices. Some Christians hold Passover Seder meals immediately before Easter communion; this completely changes the meaning of the Passover Seder; and also there is a long history of Christian persecution of Jews, so this feels inappropriate to me. (I am neither Jewish nor Native American, so it’s not my personal fight, but I do want to be a good ally here.) Some may argue differently.

Buddhists are not a persecuted minority in the UK or the USA, so if the rest of us borrow their spiritual practices, there’s no colonialist / power issue. The way Buddhism is disseminated involves a blending with local and pre-Buddhist traditions anyway, and some see Buddhism as a philosophy rather than a religion, so arguably Buddhists might be pleased. However, borrowers of Buddhist practices should acknowledge their debt to Buddhism, and make an effort to understand the Buddhist philosophy behind the practice, and learn the safeguards that come with the practice.

There is also an issue of context – many spiritual practices and especially specific rituals have a specific historical and mythological context. For example, Pagans calling the quarters relies on some sort of belief in the elemental spirits of the four quarters (or at least an understanding of the symbolism), so if you lift that and put it in, say, a Unitarian service, it might not work too well, unless you have figured out what this means to Unitarians. Conversely, the Unitarian Flower Communion has its roots in a specific historical moment and expression of Unitarian identity, so if Pagans were to borrow it, it would feel weird, because it is part of Unitarian identity, context and history.

One of the things that Native Americans object to is the way that people make up any old nonsense and claim that it is Native American, and also call themselves pseudo-Native-American names to make it sound more genuine and make a lot of money from selling books and workshops, not a penny of which actually goes to help genuine Native Americans. The peddling of inaccurate information about a tradition can also bring that tradition into disrepute, or misrepresent the practices being described as the norm for that tradition.

For instance, there are any number of books on the market purporting to be a definitive description of how Wicca is practised, and I disagree with large swathes of what is written in them – but other people assume that because I am a Wiccan, I must agree with what is written in those books; or even worse, that what is written in those books is the “proper” way to do Wicca, and I must therefore be doing it wrong. One example of this is the widespread misinterpretation of the “Law of Threefold Return”. I can’t tell you the real meaning, because to do so would be to break my oath, but suffice it to say that what is peddled on the internet is not the real meaning. Another example is the fact that genuine Wiccans train aspirants for free, but there are sadly people out there charging £300 for workshops on Wicca. This brings real Wiccans into disrepute.

Cultural appropriation often involves the erasure of the contemporary issues of the people whose culture is being appropriated. For example, in December 2012, when the “Mayan end of the world prophecy” was all over the internet (and many tour companies were making a lot of money out of New Agey Mayan-themed holidays), the real Mayans, who still exist, were justifiably angry because their culture was being misappropriated and misinterpreted (and people were making really crass jokes about them too) and people were assuming that the Mayans died out (and if they had actually died out, it would be because of colonialism). In fact, the supposedly Mayan calendar that was shared widely on social media was actually an Aztec artefact. Indeed, New Agers often commit cultural appropriation, as the New Age movement is blissfully unaware of historical context, colonialism, and other gritty realities. However, other liberal religious groups can occasionally do it as well.

A guy called Chris said that he once went to a society for shamanic practitioners conference where they held a ghost dance ritual. The ghost dance was something created by Native Americans in response to increasing oppression from the colonial powers, but there was no acknowledgement of this. When Chris mentioned it to someone, they clearly misunderstood his concerns and said “but you can do it for whatever you want”.

Teaching these practices as if they existed outside of the real history of oppression and colonialism does harm the people who invented the practice by ignoring their current existence and current problems. Making money out of someone else’s spiritual practice, without acknowledging your debt to them, or giving them any of the money to help their cause, seems unethical to me. A related issue is where pharmaceutical companies go to South America, obtain indigenous knowledge of healing plants, make millions from new drugs derived from those plants, copyright the drugs, and don’t give any money to the indigenous communities whose knowledge they have acquired.

Another example, pointed out by Lindsay Wolf, is the use of the haka (a Maori dance) by the New Zealand rugby team.

New Zealand white men in their rugby team perform a version of a Maori war haka before matches. NZ relations with Maori culture are complex, and while NZ white people usually express pride in Maori culture I think it is appropriation (even if there are Maori men in the team) because it gives the impression to other nations that all NZers, including the white majority ‘own’ the haka. It covers up the way Maori people have been dispossessed, the Treaty of Waitangi broken, all the many brutalities and infringements of human rights in NZ’s history. It also gives the impression that the haka is only a war dance, whereas there are many kinds of hakas for many occasions, some women dance etc.

The haka is not a single example, white New Zealanders in general tend to use Maori culture as a symbol of their own identity, particularly when out of NZ.  Cultural appropriation is most clear to see when peoples have been colonised and still live under the yoke of the coloniser (e.g. indigenous people of the USA, NZ, Australia).

Until the 1970s the All Blacks played rugby against the South Africans without their Maori players even though these may have been their strongest. That was because the South African Government requested an all-white NZ team. Can you imagine what it felt like to Maori watching the all-white All Blacks performing a haka on the television or newsreel? Obviously this is a special case but there are parallels where only white people undertake some other appropriated cultural expression.

[In the later 20th century] ‘Māori activists[‘]…primary focus was on stopping the abuse of Māori cultural forms. The best known example of this was the ‘haka party’ incident’ (where a group of students performed a parody haka in public and after repeated requests to desist were assaulted by Maori activists who were supported in court by Maori elders).

‘Most recent Māori protest in this sphere has been directed against non-New Zealand groups and businesses who use the Māori language and cultural forms – sometimes copyrighting them – without permission or understanding. Since it is internationally known, the haka of the All Blacks is particularly vulnerable to this treatment. (Wikipedia)

As an Irish secondary school teacher in England – every school that I have worked in teaches Dracula as a GCSE text. It’s always invariably taught as a Victorian melodrama – with the focus on repressed sexuality. Which would be fine (the text certainly reflects those themes) except that Dracula was written as a famine text – it’s principally concerned with colonial guilt as to race and religion. By appropriating it to one cultural reading – modern interpretations deny responsibility for the replication of colonial responsibility for racial and religious prejudice.

He therefore suggested distinguishing between cultural bricolage and cultural appropriation.

I have attempted to come up with a list of what defines cultural appropriation, with additional suggestions arising from discussion:

There is of course, a problem with seeking permission – one person from a community might give permission for a borrowing, but others in that community might disagree. For example, Western occultists have borrowed Kabbalah for centuries, and the borrowed version often feels very different to the original Jewish version – but that particular cat is well and truly out of the bag, it would seem.

Here is a suggested definition of cultural bricolage:

This article arose from a discussion on my friend Noam’s Facebook wall. Thanks to him for starting the discussion. 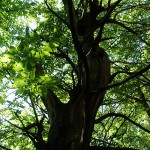 March 27, 2013 Those who are not against us are with us
Recent Comments
206 Comments | Leave a Comment
Browse Our Archives
Related posts from Dowsing for Divinity