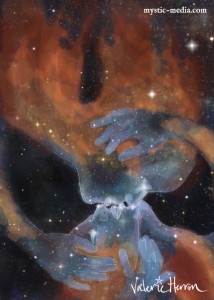 Deciding what kind of press to approach with this book was a difficult process because both the publishing industry and academia are in crisis right now. This makes it a particularly difficult time for those of us in Pagan Studies and other minor area studies to get our work out to our intended audiences. Let me tell you a little about why.

Under this old academic model of publishing, the advances and royalties given to authors for academic books were small. This wasn’t considered important, however, because most academics had full-time teaching or research jobs. They needed publications in order to get tenure or get promoted, but they didn’t need to get money directly for their writing.

Fast-forward to the present, where university tenure is disappearing and most universities make regular use of armies of underpaid, overworked adjuncts. Funding for many libraries has been cut, meaning that the automatic library purchases that sustained academic publishers in the past are no longer guaranteed. The old models of publishing are no longer working very well—but they haven’t quite completely collapsed, meaning that well-established presses continue to cling to them.

I’m an independent scholar teaching occasionally for Cherry Hill Seminary. Publishing won’t get me tenure or a promotion, but because of the way academic publishing is set up, it won’t get me much money either. Due to economic conditions, publishers also have a much reduced capacity to market books to libraries and scholars. So why publish with an academic press at all?

I seriously considered self-publishing the book. There are ample resources available for becoming your own print-on-demand publisher: format your own manuscript, do your own cover design, and put out a professional-quality book (or if you need help, hire contractors). In the Pagan world, I can particularly recommend Asphodel Press as a print-on-demand writers’ collective that puts out books at least as professional in quality as Llewellyn or Weiser.

In the end, however, I felt that if I wanted to be taken seriously as a theologian, I needed the credibility of an academic press, which comes with the guarantee of peer review (in other words, other scholars have reviewed the text, made suggestions, and told the publisher the book is worth publishing). I also engage a lot with existing queer theology in the book, and I knew I’d need an academic publisher if I wanted any of the theologians I admired to ever hear of it. Self-publishing would have required an enormous amount of marketing, and the reality is that without the imprint of an academic press, some scholars simply would never have looked at the book at all.

The end result, however, is that my book will initially appear as a library edition with a Very Large Price Tag (and, happily, also as an electronic edition, but academic electronic editions sometimes cost considerably more than the average trade paperback!). If the book sells enough copies in hardback, it will be released in paperback, but there’s no guarantee of that. I had to sacrifice accessibility for credibility, and it wasn’t an easy choice.

I want to emphasize that my editor and everyone else at my publisher has been very professional and helpful. The ground is shifting under the publishing industry’s feet, and everyone is fumbling around to try to find new publishing strategies that are sustainable. But even as I go through this publication process, I find myself thinking about the publishing alternatives that may arise in the future, especially for academic books.

One dream of mine is that academic publishing might reorganize itself in the form of profit-sharing scholarly writers’ collectives. The main strength of academic publishing now is peer review: scholars read and comment on others’ work, usually as volunteers. This process can be time-consuming, and since the reviewers do not derive any direct benefit from it, the reviews are not always thorough or of good quality. Since print-on-demand makes it easy to start one’s own small press now, though, I have been imagining peer review collectives in which scholars who wish to be published work collaboratively to peer review, edit, copyedit, and proofread each other’s work. Rather than being volunteers, they would be helping to create the opportunity for their own work to be published (hopefully on less than the two-year timeline that most academic publishing involves). Although a professional-level editor would still be needed to oversee production, still, more of the sales profits could be directed back to the writer. It would take time for such presses to grow large enough to send representatives to professional conferences, but in the short term, they could provide opportunities for quality academic publishing that do not currently exist.

Print-on-demand services have also made it much easier to start small, more or less traditionally-modeled presses for niche topics (and indeed, Pagan studies is a niche topic, and Pagan theology a niche within a niche). One such attempt is Concrescent Press, which recently put out an academic, peer-reviewed collection on esotericism entitled Pathways in Modern Western Magic. The volume features prominent scholars in esotericism as well as scholarly practitioners. I’m working through the book now, and hope to write up a more thorough review here in the future.

This book’s existence, however, gives me hope that academic publishing could reinvent itself to become more streamlined (fewer people involved with each project, shorter timeline), to create opportunities for scholars with unusual interests to be published, to direct more of the profits back to the writers, and to produce books at a price point that is accessible to non-academics. If we were to stop thinking of the typical scholar as a tenure-track professor and instead face the reality that many up-and-coming researchers are now adjunct instructors and entrepreneurs, the result could be a more accessible, egalitarian, and innovative academic publishing industry.

May 17, 2013
Notes toward a Pagan Theology of Fiction
Next Post 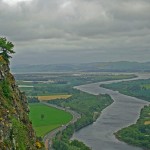 May 27, 2013 Why interfaith is important - an interview with John Macintyre
Recent Comments
180 Comments | Leave a Comment
"Very well said!"
Ivan Matthews Theology Is Not Religious Studies
"Yes it's very cool that it exists but it's not the only book on the ..."
yewtree Review of Queer Paganism by Jo ..."
"Cool that this exists"
James Review of Queer Paganism by Jo ..."
"Yes, Liz is a friend of mine.I think you need a manual and works of ..."
yewtree Imagining Other Possible Worlds
Browse Our Archives
Related posts from Dowsing for Divinity