The Future of Paganism (Part Two): What Pagans Can Learn from Pioneer Mormons

To cap off our March series, “As Pagans, what do we hope to build?”, I offer this essay, slightly updated from its original 2012 version. I’ve long been impressed by the early Mormon practice of “gathering,” through which pioneer Mormons became a potent economic force and were even (temporarily) able to establish some political independence. As energy prices rise and our supply of fossil fuels runs out, Pagans could gain enormous practical benefits from adopting this practice for their own reasons—especially if we begin to understand “Pagan” primarily as a cultural outlook or spiritual orientation, thus minimizing our theological disagreements. Read on…

Because of the Church of Latter-Day Saints’ opposition to LGBT rights, Pagans often find themselves opposing Mormons in the culture wars. We tend to be just as ignorant about Mormon beliefs and practices, however, as the average American is about contemporary Paganism. All many of us know about Mormons is what we learned from South Park.

Mormons and Pagans, however, have some surprising things in common. And although we also have many differences, some of those differences are instructive. For Pagans who are interested in growing community and wielding political power in the service of minority religious rights, Mormons could be our teachers—particularly if we focus on nineteenth-century Mormons and the practice of gathering.

First, some similarities (and please note that these are generalizations; Mormons, like Pagans, are diverse).

1.      Sexuality is divine. Mormons have many more rules restricting the who, what, and where of sexuality than Pagans do, but they reject the idea that sexuality is the result of an “original sin.” Sexual relationships are believed to continue into the afterlife, and God is thought to have a physical and sexual body.

2.      The divine is male and female. Mormons acknowledge a Heavenly Mother as well as a Heavenly Father, although praying to the Mother is officially unacceptable in the LDS church (some members do so anyway).

3.      Divine revelation is ongoing and open to all. Although Mormons don’t use the term gnosis, they believe that God speaks to them in prayers, and revelations can be conferred to believers regardless of their social position (though in modern Mormonism, the church provides much more restrictive guidance than at the birth of the movement).

4.      Mormon believers who have proper priesthood authority heal through the laying on of hands in a manner not unlike Pagans’ use of energy work and Reiki. Although officially only men can become part of the Mormon priesthood, Mormon feminists also engage in this healing practice among groups of women (Terry Tempest Williams, for example, describes it in her memoir Refuge).

5.      Mormon worship occurs in two layers: church attendance that largely resembles Protestant worship, and inner Temple worship into which one must be properly initiated. The “outer court” and “inner court” models used by many Wiccan and some eclectic Pagan groups makes a clear parallel.

6.      Mormons are a religious minority who attract suspicion and sometimes outright discrimination on the part of other Americans. Although the assault and murder of Mormons for their religious beliefs has not occurred since the nineteenth century, Mormon beliefs are often held up for ridicule in popular culture, and some allegations suggest that Rick Perry’s 2012 presidential campaign team spread anti-Mormon rhetoric to discredit Romney. The public’s willingness to eat up lurid portrayals of Mormons probably also drove sales of Jon Krakauer’s bestseller Under the Banner of Heaven, which focused on murder and polygamy in a Mormon sect. Pagans are not the only religious minority to have to battle the public’s perception that we are a dangerous, sexually deviant “cult.”

It can be hard to remember, considering the substantial political clout of LDS, that the Mormons began as a ragtag group of believers who fled to Utah in fear of their lives. In the early 1800s, converts to Mormon prophet Joseph Smith’s new revelation responded to their prophet’s call to gather into communities of religious and economic solidarity. Other local residents were intimidated by the rapidly growing religious movement and angry at the way Mormons did all their business with other Mormons. Eventually, tensions became violent, and the Mormons were driven out of their settlements and sometimes murdered. The most famous incident was the 1838 Mormon War, which occurred in Jackson County, Missouri. Although the Mormons fought back, twenty-two were killed, and ultimately 10,000 Mormons were forced out of the state of Missouri, with some dying due to hunger and exposure. Eventually, Mormons from several states established a new settlement in Utah, but the United States government continued to interfere in the self-governance of the Mormons while denying petitions for statehood. When the LDS church renounced the practice of polygamy, Utah was granted statehood and representation in the United States government.

American Paganism as a defined movement doesn’t date back to much before the 1960s, so our relative lack of stable community and political power is partially just a result of our not having had 150 years to work on it. Nevertheless, as Pagan community centers continue to struggle financially and high-profile court cases are decided against Pagan plaintiffs, I find myself asking: what did the Mormons have that we don’t?

Firstly: nineteenth-century Mormons had amazing community solidarity—which is perhaps no surprise, since the practice of gathering was a religious commandment. As a result, since the beginning of their movement, Mormon believers have supported each other economically and socially in a way that has become embedded in their religious culture. My readers are probably all familiar with ongoing struggles to satisfactorily define the term “Pagan,” and the ambiguity seems to have led many in the movement to hesitate to commit to any group larger than a dozen people. For those of us who actively want small group or solitary practice and nothing more, this individualism isn’t a problem. But for those who want a community that can support living out Pagan or earth-centered values throughout daily life—schools, temples, farmer’s markets, health care clinics, libraries, and more—the lack of explicitly Pagan or even Pagan-friendly institutions is a problem.

Perhaps our struggling community centers are a sign that we’re coming at community from the wrong angle. We want permanent spaces to have events and worship, but in most cities and towns, there’s not yet a critical mass of Pagans in any one place to support such services. While it’s true that Pagans are, as a group, resistant to giving money to institutions, my observations of efforts to build Pagan community centers suggests to me that our fundraising strategies are ineffective. In an interview, the founders of the Sacred Paths Center in Minneapolis describe how they opened a joint metaphysical store and community center essentially without a financial plan. This strategy is in some ways superior to doing fundraising first and then renting a building when the money has come in: as the Sacred Paths founders knew, most community centers using this model never get off the ground. But in its two years of existence, Sacred Paths Center had two financial crises, leading to emergency fundraising efforts in the local community and on the internet. Much as I hate to malign the hard work of those who have kept the center running, the “if you build it, they will come” mentality did not result in financial sustainability.

Commanded to gather, nineteenth-century Mormons grouped together in communities of mutual support, and these communities provided opportunities for mutual protection, economic benefits, and community religious practice. Perhaps Pagans are less willing to compromise, or just not afraid for their lives, but it is a rare Pagan who will change jobs or move in order to be physically closer to other Pagans. Despite there being an estimated 1.2 million of us in the United States, Pagans often remain scattered and isolated, and we turn to the internet to find like-minded others. Online community is certainly better than nothing, but it will not help us raise our children or bring us potluck dishes when we bury our dead; the bonding that occurs when neighbors can casually run into each other at the grocery store cannot happen. As a movement, we do not prioritize Pagan community highly enough to make the sacrifice of moving—at least, not yet.

I would like to see Pagan community centers that grow organically out of clusters of Pagan settlements—groups of Pagans who choose to buy or rent in a single apartment complex or neighborhood and then, when the needs arises for space bigger than anyone’s living room, buy or rent space where they already live. Congregational churches use a slow, effective model to build a new church: first, a small group begins meeting at the home of a member. Donations are solicited from the group (and admittedly, a culture of charitable giving is a big advantage here). When the group is bursting out of its space and the monthly income is enough to sustain rent, the group moves to a storefront or other inexpensive rental property. Only when the congregation is established in its space and growing does it undertake an extensive capital campaign. The core group that will support the building financially is already there, attending regularly, gathered in a room together. There is no wishful thinking that if a space exists, the community will take notice and support it. Internet fundraising is a supplement, not the group’s bread and butter.

Pagan community centers should not be scrambling to grow their membership in order to cover a lease or begging for donations from far-away donors. When a community center is formed, it should already be clear exactly whom that center will serve and what their needs are—and the center’s core income should be based on real needs, not on wants. (In my town, for instance, an earth-centered daycare center run by Pagan educators could be very, very profitable.) Although the internet does much to make the gathering of like-minded people possible, it alone cannot substitute for participation in the daily rhythms of other Pagans’ lives. That is something Mormons know that we Pagans have not fully grasped: sustainable community is better nourished by physical proximity and stable business and personal relationships than by shared beliefs.

If the idea of modeling ourselves after the Mormons still leaves a bad taste in your mouth, consider that pioneer Mormons are hardly the first or last to have benefited from concentrating their numbers: LGBT culture as we know it today would not exist if not for the mass exodus of LGBT folk from all over the US to the California Bay area. It is my hope that in the coming years, Pagans will find themselves catalyzed to accept each others’ differences in the name of stronger and deeper community—and that it won’t take something like a massacre to bring them together. 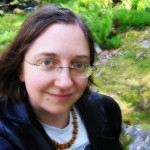 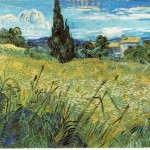 April 13, 2014 Now the green blade rises: a Pagan perspective on Easter
Recent Comments
162 Comments | Leave a Comment
"Very well said!"
Ivan Matthews Theology Is Not Religious Studies
"Yes it's very cool that it exists but it's not the only book on the ..."
yewtree Review of Queer Paganism by Jo ..."
"Cool that this exists"
James Review of Queer Paganism by Jo ..."
"Yes, Liz is a friend of mine.I think you need a manual and works of ..."
yewtree Imagining Other Possible Worlds
Browse Our Archives
Related posts from Dowsing for Divinity