Now the green blade rises: a Pagan perspective on Easter

From a Pagan perspective, the Easter story is one of many stories of dying and resurrecting deities. In these stories, the hero dies, descends to the underworld, and returns to the mortal world bringing some blessing or new knowledge.

Persephone is taken to the Underworld by force (though in earlier versions, it seems to have been voluntary), but returns every six months; Gilgamesh goes to the Faraway to try to find a herb of immportality to revive his friend (possibly lover) Enkidu; Orpheus goes to rescue Eurydice; Inanna descends to the underworld, though her reasons for doing so are unclear. Jesus goes there to rescue the souls of those trapped in Gehenna (this is referenced in the only letter of the Apostle Peter). In Christus Victor theology, which is prevalent among the Eastern Orthodox churches, Jesus “tramples down death by death” and because he is God, cannot be contained by death, and so transcends it. He then returns transformed into a being who can manifest as he chooses — by the Sea of Galilee, or on the road to Emmaus.

The mythical journey undergone by all these heroes and heroines is a descent into death and the underworld, returning transformed into something greater, and bringing back a gift for humanity. The hymn Now the green blade rises references this mythological and transformational aspect of the Easter story.

Now the green blade rises from the buried grain,
Wheat that in the dark earth many years has lain;
Love lives again, that with the dead has been:
Love is come again, like wheat that springs up green.

The spiritual journey involves the same transformation — the death of the ego, the descent into the dark night of the soul, and the resurrection as the True Self. In Orthodox Christian theology, this transformation is called theosis, literally deification, making us divine. It’s not too hard to see an analogy with the Buddhist concept of enlightenment. As James Martineau, the 19th century Unitarian theologian, said, “The Incarnation is true, not of Christ exclusively, but of Man universally, and God everlastingly. Humanity is the susceptible organ of the Divine, and he bends into it to dwell there.”

In Orthodox churches, Easter is celebrated as a unified event, and is regarded as being in the present, the eternal Now. So on Easter Sunday, people greet each other with “Christos Anesti” (Christ is risen) – because he is risen in their hearts and in the church which is his mystical body.

In the Eleusinian Mysteries, people witnessed the unfolding drama of the story of Persephone’s descent into the Underworld, and underwent a profound transformation or initiation as a result.

You can enjoy Easter on a mythical and mystical level. There’s no need to take it literally to enjoy the unfolding drama of the Mystery. We can witness the many stories of death and resurrection, and experience transformation ourselves, like participants in a mystery tradition. 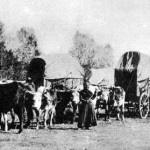 March 31, 2014
The Future of Paganism (Part Two): What Pagans Can Learn from Pioneer Mormons
Next Post 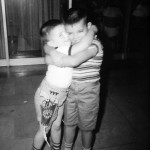 April 17, 2014 Consent Culture 101: Basic Practices and Teaching Games
Recent Comments
175 Comments | Leave a Comment
"Very well said!"
Ivan Matthews Theology Is Not Religious Studies
"Yes it's very cool that it exists but it's not the only book on the ..."
yewtree Review of Queer Paganism by Jo ..."
"Cool that this exists"
James Review of Queer Paganism by Jo ..."
"Yes, Liz is a friend of mine.I think you need a manual and works of ..."
yewtree Imagining Other Possible Worlds
Browse Our Archives
get the latest from
Pagan
Sign up for our newsletter
POPULAR AT PATHEOS Pagan
1

WitchCraft Cocktails: Persephone's Descent
Through the Grapevine
Related posts from Dowsing for Divinity