Listening Is an Act of Dilation

Listening Is an Act of Dilation June 26, 2014 Sarah Sadie

This day is crushing me.

I’m overcaffeinated, hanging at the library while my son attends a class. My kids have been bickering for what seems like days on end and I am no Mary Poppins. My daughter’s bored and keeps interrupting my work.  I doodle and draw random arrows shooting at the margins of the page.

And this is random too but last night I went to the Madison Community Foundation dinner and heard Dan Rather give a keynote address on “philanthropy” and “community” and he mentioned the importance of being a good listener, in our communities and in the leaders we elect.

Which was a little strange, because today I planned to say something in here about listening as creative act. How it’s sacred, even, to listen fully to another being. How we’re co-creative not just with our gods and gardens, but with each other.

And how that gets lost too often here in the online world. It gets lost too often in general, because we’re trained by our education system and our sports heroes to zero in on weakness, on flaw. We object, deny, challenge. Christine Hoff Kraemer recently wrote about  the harmfulness of negative comments, but even at our best, it seems dialogue becomes a sport.

I suck at sports.

I don’t want to cancel debate team but shouldn’t there be other models of discourse too?

I was going to write about how listening is at its best a form of compassion, and then I was going to bring in Milan Kundera’s beautiful words on the subject:  how com-passion is “suffering with,” a radical empathy with another, much different from pity. He goes into this in The Unbearable Lightness of Beingdiscussing Tomas’s character. Which used to be my almost favorite book in the world. Then I got a little older and realized that Immortalityjust may be better, even without Daniel Day Lewis and Juliette Binoche and Lena Olin.

And anyway the book is missing from the shelf.

I was going to write how, instead of Emerson’s transparent eyeball, I try to stretch myself into a gigantic diaphanous tympanic membrane every morning, just barely quivering against the surfaces of the day, trembling at the slightest fricative. Because I tremble.

Not that we shouldn’t call out bigotry, blindspots, assumption, privilege when we hear it or see it, but we may be failing each other if that is all we do. We can hear each other to our best selves. I’m convinced of this.

Listening is a creative act. This I believe. It is the poet’s first act, before pen ever touches paper. What I hear says a lot about who I am—what you read when you read my poem or my paragraph here says a lot about you and not maybe so much about me. In a strange transformation I don’t really understand, the poem becomes the mirror, the still pond. The poet becomes that non-paradox that is paradoxical only because our go go go yangsoaked extroverted culture doesn’t recognize active and interactive receptivity. In 1862, Emily Dickinson wrote to Thomas Wentworth Higginson “My Business is Circumference.” I see my work as dilation, opening.

If that sounds sexy, it’s supposed to.

As a mirror shows not just your face but whatever or whoever is behind you, over your shoulder, so active listening hears a comment and tries to suss out what is behind the words. Listening not so much for ulterior motive as for ghost. Mind, I’m not saying I do it well.

I was going to write all this, and it was going to be lyrical and pensive, persuasive and if I got lucky maybe even provocative. But…it’s summer. Humidity and heat, lawnmower drone. These days even the squirrels take some hours out just to hang, stretched out flat on a branch.

If you’re interested in thinking and learning more about sacred listening, try The Listening Center. I haven’t taken any classes but I did listen to one of her lectures. Good stuff. 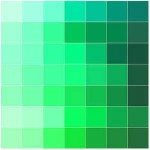 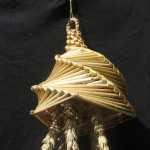 July 8, 2014 Lammas
Recent Comments
0 | Leave a Comment
"Very well said!"
Ivan Matthews Theology Is Not Religious Studies
"Yes it's very cool that it exists but it's not the only book on the ..."
yewtree Review of Queer Paganism by Jo ..."
"Cool that this exists"
James Review of Queer Paganism by Jo ..."
"Yes, Liz is a friend of mine.I think you need a manual and works of ..."
yewtree Imagining Other Possible Worlds
Browse Our Archives
get the latest from
Pagan
Sign up for our newsletter
POPULAR AT PATHEOS Pagan
1