Gender and sexuality in Wicca

This is the video of my talk at Witchfest in Croydon, November 2014. The talk discusses expanding and deepening our understanding of the concepts of polarity and fertility, what tradition is and how it works, what we bring into circle (our whole self, or do we bring only our essence, and what does our essence include?) and how to make Wicca more LGBTQI-inclusive, with examples from rituals and from history.

In the middle of my talk, we did a practical demonstration of another form of polarity, asking all the people who were born under Air and Fire signs to create energy together, and all the people who were born under Earth and Water signs to make energy together. We then merged the two energies together. Polarity happened. And the room became warmer and everybody became more animated. The energy changed.  (We didn’t video that part of the event because of issues of consent.)

There are many different forms of polarity, and whilst it is great that a man and a woman can make polarity, many other pairings can also make polarity – and even if you are focussing on male/female polarity in your rituals, you may be sure that other types of polarity are also occurring at the same time. The bottom line is: if one person can generate polarity with another person, regardless of gender, sexuality, or biological sex, let them do so. If a same-sex couple, or a man and a woman who are not a couple, or a person born under an Air sign and a person born under an Earth sign, or any other combination where oppositeness can be generated, want to make magic together, then let them do so. And no-one is saying you can’t have male-female polarity and heterosexual symbolism. We are just saying, why does it have to be that 100% of the time?

At a previous discussion of this, back in the summer, a couple of people said they felt that you don’t bring your personal stuff into circle (of course you don’t bring petty concerns about the shopping and the car etc into circle, but you do bring your core identity, which includes sexual orientation). But I bring my whole self, including my politics, gender identity, and sexual orientation, before the deities. I don’t leave behind my concerns about the struggle for justice for Black communities, or First Nations, or women, or LGBTQI people, when I am in circle – I do magic to support those struggles.

Others have commented that we should not adapt religious traditions to suit ourselves, but should allow the tradition to transform us. Yes, up to a point, but when the tradition excludes a whole group of people because of who they are, then it is time to dig deeper.  If we look at the concepts of polarity, fertility, and gender as they are expressed in traditional magical texts (which are the source material for Wiccan ritual, as demonstrated in the excellent book Wicca: Magickal Beginnings, by Sorita d’Este and David Rankine), we can see that they are separate and distinct concepts, which are not reducible to a simple and restrictive gender binary. If we look at ancient pagan traditions (which Wicca also claims to draw upon) then we can see that they were also inclusive of people with diverse gender and sexual identities.

For me, Wicca is neither solely a path of self-development, not is it only a path of service to the deities. I was taught that we work in partnership with the deities. The deities are more powerful in their realm, but they need our physical embodied presence and co-operation to get stuff done in the physical world. I discuss this in some depth in chapter 14 of my book, All Acts of Love and Pleasure: Inclusive Wicca, and I also touched on it in chapter 16. I wrote a whole chapter on it in Priestesses, Pythonesses, and Sibyls, edited by Sorita d’Este.

Traditions evolve, and Wicca is evolving. They evolve because they are living and moving discourses, not fossils set in stone. Wicca is received differently by the different cultures in which it is practised, because of history and culture and context. Tradition is not a fixed and unchanging thing. Of course we should be mindful of accuracy in transmitting what has been handed down to us, because history and oral transmission of lore are important – but that does not mean we cannot change and adapt things, provided we transmit the original versions of the rituals that we received.

I discuss all of this in more depth in the video and in the book, so I would be grateful if you would watch the video before commenting.

A happy New Year to all the readers of Sermons from the Mound, and may 2015 bring you happiness, health, and peace. 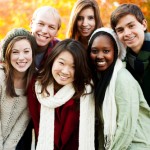 January 12, 2015 Je ne suis pas Charlie, because it is more complicated than that
Recent Comments
0 | Leave a Comment
"Very well said!"
Ivan Matthews Theology Is Not Religious Studies
"Yes it's very cool that it exists but it's not the only book on the ..."
yewtree Review of Queer Paganism by Jo ..."
"Cool that this exists"
James Review of Queer Paganism by Jo ..."
"Yes, Liz is a friend of mine.I think you need a manual and works of ..."
yewtree Imagining Other Possible Worlds
Browse Our Archives
Related posts from Dowsing for Divinity