In Praise of the Body

In his excellent review of what sounds like a truly awful book, Rhyd Wildermuth explores the body-shaming and objectification engaged in by the author of the book under review, and her commodification of witch culture. Do read the whole review, it’s brilliant.

The secret of witchcraft is that is there is no secret, only the mystery which cannot be spoken: the ability to reside in one’s body without shame, without fear. (Actually, “reside in” is too dualistic, implying that the spirit “resides in” the body, like a person in a house – but this is a limitation of the English language. Witchcraft enables us to BE our bodies without shame or fear.)

Our struggle then must begin with the re-appropriation of our body, the revaluation and rediscovery of its capacity for resistance, and expansion and celebration of its powers, individual and collective.

Silvia Federici, In Praise of The Dancing Body

In response to all this, I feel the need to reaffirm the body-positive aspects of Pagan culture.

The patriarchal/kyriarchal/hegemonic culture seeks to regulate and control the body – especially women’s bodies, and especially black women’s bodies – because women, especially black women, are constructed as the Other, the site of resistance to the kyriarchy. Because our existence provokes fear of the Other, fear of wildness, fear of sexuality, fear of letting go – our bodies and our hair (traditionally hair is a source of magical power) must be controlled, groomed, reduced, covered, suppressed. If we cover too much, we are censured for prudery; if we don’t cover enough, there is slut-shaming. If our bodies are too hairy, they must be shaved; if they are too generously proportioned, they must be reduced in size.

The body is not a commodity for positioning ourselves in some marketplace of attractiveness. The body is not a “vehicle” or an “overcoat” for the soul. Perhaps, in some mysterious way, it is the soul made manifest. (Your mileage may vary according to your theology.)

Bodies, whatever size and shape and colour they are, are beautiful. Especially when lit by candlelight or firelight. But most of all, a body is a person – it’s not just an appendage attached to a head, it is part of the person, and worthy of respect.

Throw away your pre-conceived ideas about slimness and muscle tone, and learn to appreciate bodies as people. Throw away the pre-packaged concepts of beauty imposed by the kyriarchy, and learn to look at bodies the way an artist would: as compositions of line and tone and form, of light and shadow.

Look at the Venus of Willendorf – really look at her. Look how the sculptor loved the generosity of her curves, the abundance of food that her body-fat represented.  Look at the sculpture of the Sleeping Lady of Hal Saflieni – another large woman celebrated by an ancient culture.  Look at the sculpture of the laughing Buddha. If deities can be fat, then people can be fat, and vice versa. There are also sculptures of thin deities. If deities can be thin, then people can be thin, and vice versa. Deities come in all shapes and sizes, and so do people.

The sculpture Bronskvinnorna (The women of bronze) outside of the art museum (Konsthallen), Växjö, Sweden. The sculpture is a work by Marianne Lindberg De Geer. Its display of one anorectic and one obese woman is a demonstration against modern society’s obsession with how we look. The sculpture was acquired by the city of Växjö for 500,000 SEK and placed here in February 2006, during an exhibition at the art museum. Since then, the sculpture has been a source of controversy in town, particularly through letters to the editor of local newspaper Smålandsposten. Both statues have been vandalized and repaired during 2006. They are starting to become a tourist attraction, in part due to the conflict. 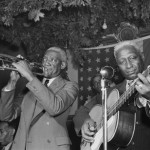 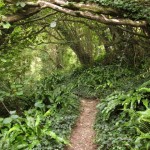 November 6, 2015 Witchcraft: the Middle Way
Recent Comments
0 | Leave a Comment
"Very well said!"
Ivan Matthews Theology Is Not Religious Studies
"Yes it's very cool that it exists but it's not the only book on the ..."
yewtree Review of Queer Paganism by Jo ..."
"Cool that this exists"
James Review of Queer Paganism by Jo ..."
"Yes, Liz is a friend of mine.I think you need a manual and works of ..."
yewtree Imagining Other Possible Worlds
Browse Our Archives
get the latest from
Pagan
Sign up for our newsletter
POPULAR AT PATHEOS Pagan
1