May Morning in Oxford

May Day is coming. This year, May Day falls on a Sunday, which is great because it means that getting up in time to hear the May morning song from the top of Magdalen Tower in Oxford won’t be quite so difficult (because instead of going to work afterwards, I can go back to bed).

Since moving to Oxford in 2011, I have rolled out of bed well before dawn on May morning to go and hear the singers from the top of Magdalen Tower, singing Hymnus Eucharisticus.

Of course, Magdalen Tower is so tall that hardly anyone gets to see the choir on the top of the tower, so it was helpful of Holman Hunt to paint this picture. One year, I overheard someone in the crowd say “Nah, it’s a recording” – but no, it’s a real live choir, and they have been singing from the top on May morning since the 16th century, though records only begin in the late 17th century, referring to it as an ancient tradition even then.

After the singing and the prayer from the top of the tower (which references “Our Mother, the Earth”), it’s time to watch the Morris dancers and The Hurly Burly Whirly Earl-i in the Morning Band in Broad Street. The Whirly Band are a group of local musicians and bands who get together just for May morning. Dressed in green, they play on the steps of the Clarendon Building, and most of the local Pagans can be found among the crowd dancing to their tunes. Here are some photos of May Day 2014.

This year, because May morning is on a weekend, up to 15,000 people are expected to turn up for the festivities – so get there early if you’re going, and whatever you do, don’t try driving to Oxford.

Last year, I was sad at Beltane, because my beloved was away in Canada; this year, he will be among the Morris dancers on Broad Street. Lots of local Morris sides will be there, and among them will be the Green Man. One year, I met a guy who said he was the Green Man in the 1960s (or was it the 1950s, I forget).

After working up a good appetite from all the dancing, it’s time for a slap-up breakfast in one of the many cafés in Oxford, which fortunately open to cater for May Day revellers.

There will also be a celebration of socialism with a march through the city, which will be on Saturday 30th. 1 May was chosen as International Workers’ Day for other reasons, but plenty of people have noted the focus of both Paganism and socialism on equality. The links between the Pagan revival and the early socialist movement are fascinating and well worth exploring. It was not only Edward Carpenter who was interested in both socialism and Nature, but others too. 25 April is the 84th anniversary of the mass trespass of Kinder Scout – an important anniversary which commemorates the invasion of hitherto “private” land by ramblers from the nearby mill towns, determined to get access to the moors which they could see soaring above the grimy streets.

“The meaning of the old religions will come back to him. On the high tops once more gathering he will celebrate with naked dances the glory of the human form and the great processions of the stars, or greet the bright horn of the young moon.” Edward Carpenter (1889), Civilisation: its cause and cure 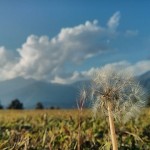 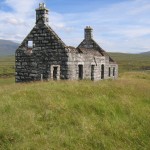 Beyond Binary Witchcraft: Essential Reads for...
Agora
Related posts from Dowsing for Divinity

Gathering the Godds: Who's a Part of Your...
We're still in the no-touch pandemic times. Likely for a while to...