The Hill On Which This Cosby Kid is Willing to Die

When I was a teenager, there were three hills I would die on when choosing my future husband. The first hill was pretty obvious. I wanted him to share my faith. I wasn’t interested in spending my whole marriage in theological debates. What with money, sex, kids, and family dynamics to deal with, I didn’t want to worry that my hubs would give me the side-eye every time I quoted Jesus.

The second hill was almost as important, but not as urgent— I would allow for some wiggle room here. Dogs. We were going to have them. Preferably two so that they would have each other for company. But if we ended up not having a yard for two dogs or (as in our case) future hubs turned out to be more of a cat-person than dog, I’d settle for one dog. Preferably cute. Preferably cuddly.  Preferably before our youngest child turned 10,  because no child should grow up without a canine best friend.

And finally, the doozy. This hill would tell me the kind of man I was marrying. This hill would determine our evenings together after the kids went to bed and whether we’d share references across the dinner table: ownership of every single episode of  “The Cosby Show” on DVD as soon as humanly possible, for I am a Cosby Kid.  I exclaimed “TGIT” way before Shondaland opened it’s doors to invite us to play in a world of surgical interns and political fixers.

Thursday nights were for outlandish teaching moments on entitlement and witty banter with “Bud” about feminism, and dancing to “Moody’s Mood for Love” in the basement.  If future husband didn’t agree with me on this, I wasn’t sure what I would do. Probably not marry him. If I was going to adult in the most hard-core way imaginable—marriage and motherhood—I needed Clair’s impassioned speeches, Heathcliff’s goofy eye rolls, and chocolate cake for breakfast to help me get by. My future husband would need his Cosby Kid wife to stay close to her feel-good, field guide into life as a black woman.

I know, it’s probably a bit excessive to say I wouldn’t marry a man if he didn’t agree with me that “The Cosby Show” was the finest television series of all time. I can hear you, gentle reader, exclaim “It’s just a show!”

“The Cosby Show” was a profound piece of storytelling that gave black Americans a new narrative.  Up until the pilot episode, the only black people I saw on TV were stereotypes. I saw plenty of violent black men and uneducated black men. I saw black women as the maid or the sassy best friend.  If I saw black children it was almost as background, filler for the screen or pity-inducing examples of neglect.  I never saw my family- a father with multiple advanced degrees and a mother who balanced a job and family. As a little girl, I was looking for words and images, anecdotes and history to help me tell my story.  Every Thursday night for eight years, the Huxtables taught me how by living theirs. They lived into a new narrative of the black family that was both empowering and redemptive.

As a Christian, I pay special attention to redemptive narratives.  When the “other” is humanized and hope is restored, I see the handiwork of the divine who became human so that he can restore hope to the world.  This is what “The Cosby Show” did; it humanized black Americans and offered a hopeful future for us.  “The Cosby Show” told us black lives matter and black bodies are beautiful.  For that, it wasn’t simply a show to be owned on DVD, but a prophetic call for anyone with ears to hear.

But, now that prophetic call, that was once loud and clear and accepted by many, is drowned out by newscasts about sexual assault charges. This Cosby Kid needs to confront new hills on which she is willing die.

The first is pretty obvious, what Bill Cosby did is despicable. On December 30th charges were filed against him for three felony charges of aggravated  sexual assault of Andrea Constand. Constand was one of 35 brave women whose stories of rape were eerily similar.  The details of their attacks vary, but they share one terrible thing in common: they trusted Bill Cosby and he violated their trust. They have vulnerable memories of waking up undressed on unfamiliar beds or with Cosby himself standing over them, but not a single one of them remember giving an equivocal “yes” to have sex with him.  They lost the power of their voice to give consent and for years their stories have not been heard. I’m angry for them and I believe Jesus is too. We see his heart towards victimized women in John 8, when he defended the woman caught in the act of adultery. When the Pharisees tried to use her body for their religious self-satisfaction, they were no better than common rapists and Jesus would not have it. He bent down, wrote in the sand, and called every man to be accountable for their sins.  Anytime our bodies are mistreated, He is angered. And I am too. For all the good Bill Cosby did to humanize the black man, he played into a stereotype by victimizing these women. He deserves every angry tweet, every scathing op-ed, and every year of prison.

But, once I process my anger, this very real, very appropriate anger. I need to walk up to the next hill, not as an abuse survivor, or feminist, but as an enemy-lover. Well… for now, I’ll promise to pray for my enemy because loving him is nearly impossible.  As I walk up to the Hill of Enemy Love, I realize it is my Golgotha. The place I’m asked to sacrifice for the Kingdom.  The place I lay down my life—this indignation. And find a better one—humility.  A humility that says, Bill Cosby is a flawed person who succumbed to the thrall of power.  His sins, while deserving of punishment, are not too great for Jesus to heal. Wherever he is he’s still taking in breath and my responsibility is to pray for him that every moment he thinks about his crimes is an opportunity for the Holy Spirit to convict him.  Every conversation he has is a chance for him to confess.  Every day he wakes up could the the day the Lord gives him a new narrative, one of a wretch saved and restored by an amazing grace.

And further behind my Golgotha, the hill I wanted to get to all along is the hill I’m most passionate about, the Hill of the Prophetic Redemptive Narrative because “The Cosby Show” wasn’t just a show.

I thought I lived on this hill at the beginning of this journey, but actually, I didn’t. Where this Cosby Kid started her journey was the Valley of Nostalgia, a place of dangerous comparison where my memories as a insecure black little girl finding her place in the world on Thursday nights were knotted and tangled with my insecurities as a black mama with unjust court rulings and black boys’ bodies in the street.

At the top of this hill though, there’s no nostalgia, only truth.

There’s only truth that the “The Cosby Show” was God’s message to the black community that we matter, that he sees us, and that he has stunning dreams for us.

When I sit on this hill—this hill that if you come up on it and start talking crazy about not being able to separate the man from the art, I will stand up and say,

“Look me in the eye and tell me how I, as a black mother would have had the words to tell my failing son who couldn’t read a single word that his ADHD brain is beautiful—no matter what the IEP says, if I didn’t see Healthcliff celebrate and embrace Theo when they found out he was dyslexic? “

Who would have told me how to respond?  I told my boy he was brilliant and today he believes it.  Prophetic, redemptive narrative.

“The Cosby Show” told a whole generation of black children that untapped, world-changing potential rests in our souls and we went searching for it.  We lived into it.  We’re teaching it to our children. Prophetic, redemptive narrative.

I believe God sat stage left on the set and whispered this dream over every single episode recording.  I think the director and the writers, the advisors, and, yes even the actors heard him and that is why we have “The Cosby Show”.  This is God’s achievement, not Bill Cosby’s and I will not let a dirty old man snatch it away from my community.  This is the hill I will gladly die on.

On the 14th, Bill Cosby is going to court for a preliminary hearing and we’ll have more to talk about.  We’ll have to decided how we feel about “America’s Favorite Dad” going to jail. I’m still torn about it and I’m still sad.  I guess my anger comes from my sadness.  Let me be sad.  I can be mad for the victims and sad for the victimizer at the same time.  I’m living in the tension of both, but I’m hopeful that the legacy of the Cosby Show remains because one day, I want to sit my kids down and watch episode after episode and have shared references over the dining table.

And when my children ask me about this dark turn of events, I’ll tell them the truth,

“Yes, what Bill Cosby did was wrong, but he was just a man. He’s no one to idolize or even celebrate and yes your mama is a Cosby Kid through and through, but she’s a Kingdom girl first and foremost. So while Bill Cosby was a part of making it happen,  ‘The Cosby Show’ is God’s dream of dignity for black Americans made manifest and that’s why we watch it. “

Prophetic, redemptive narrative. That’s a hill on which I’m willing to die.

January 14, 2016 A Year of Delight: Yada Yada Book Club!
Recent Comments
4 Comments | Leave a Comment
"Greetings! Your blog is really very nice, if you get a chance by posting such ..."
Jesus Anderson Diva with a Heart of Gold
"Righteous."
jekylldoc To My Son on the Morning ..."
"So this post is 2 years old now. How did the study go? I love ..."
John And So…I Joined A Bible Study ..."
"There is no god."
Ivan T. Errible Everyday Practices of Peace for the ..."
Browse Our Archives
Related posts from Shalom in the City 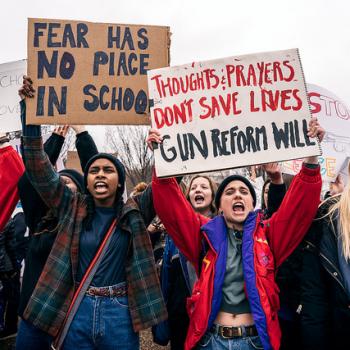 Progressive Christian
To My Son on the Morning of His...
Shalom in the City

Progressive Christian
AHHHHHH! The New Site is Ready and It's...
Shalom in the City

Progressive Christian
St. Nicholas Day At the Moore's
Shalom in the City