Did the Media Make Donald Trump?

This is a guest editorial by Rachel Suffern. Enjoy it as I find it insightful.

Since 2016, America has gone through an unprecedented period of polarization. Politics has seemingly been brought to the forefront of nearly every aspect of life from entertainment to sportswear to family holiday gatherings. There is no great mystery surrounding this shift for most people. It can be traced fairly neatly to one event: Donald Trump’s presidency. However, few people seem to be able to answer the key question related to this event. How, exactly, did Donald Trump come to power?

Some ask in disgust as they ponder the repulsive nature of the deplorables who would support such a man. Others wonder in awe as they contemplate the divine providence they perceive in his policies, which seemingly gave them a reprieve from the heavy hand of progressive oppression. Most have opinions somewhere in between. Whatever one’s opinion, this is an empirical question. What forces came together to catapult this real estate mogul and reality TV star to the top of the Republican Party?

Many answers have been posited by the media: the disenchantment of the white working class, the racism of Neo-Nazis, the hatred for the Clintons and the absence of any other alternative, or the desire for male patriarchal control. Many Leftists believe that movement toward aggressive nationalism and fascism is the natural course of the Right as they drag along naïve moralists dumb enough to think these fanatics are actually just normal, decent people. After all, how else would a party always claiming a monopoly on personal morals give the country over to such a man?

But none of these explanations have fit the pattern I’ve observed. In my assessment, they are media fabrications to explain away the very real phenomenon we have all lived through, but that I haven’t had the hard evidence to prove. Recently, however, information has come out in support of my long-held theory: mainstream media outlets made Trump (whether for ratings or political purposes) and then when their efforts proved too successful to turn the tide before the general election, were bent on unmaking him.

As I watched the lead-up to the 2016 primaries, I noticed a troubling trend. While my politically active Fox News-watching friends were all vying for their favorite traditional Republican figures: mostly Carson, Cruz, Rubio, and Kasich, the people I interacted with who were typically less involved in politics and more likely to watch network TV, all talked about one figure: Donald Trump. Why was this concerning?

Few Republicans seem to remember what a wildcard Trump was at the time. He had no track record of governing for us to examine. He had made wild statements about politics, often at the expense of Republicans. He was suddenly pro-life after being pro-choice for years. Most of us considered him crass and immoral. In truth, none of us really knew if his stated stances were genuine or simply a cynical grasping for power.

But even more troubling than any of those things, for me, was the fact that he seemed to have the mainstream media behind him. According to a Harvard Study on media coverage:

Trump received a full third of the coverage. His coverage was nearly twice that of the next most heavily covered Republican candidate, Jeb Bush. And he received two-and-a-half times the news attention afforded Marco Rubio, Ben Carson, or Ted Cruz, and five times that given John Kasich. Moreover, Trump’s share did not differ greatly from one news outlet to the next. He was by far the most heavily covered Republican candidate in each of the eight news outlets in our study.

He was warmly greeted on the Today Show and other such interview shows and was a regular guest on left-leaning cable news channels. Contrary to the popular narrative that later developed, he was not mainly pushed by Fox News (at the time dominated by coverage of more traditional Republican candidates), but by CNN. CNN and NBC do not typically lob softball questions to Republican candidates while treating them like old friends, but they even went beyond this. Jeff Zucker went on a “hiring spree” of “Trumpites” such as Trump’s former campaign manager, Corey Lewandowsky, in 2015 as Trump was rising in the polls. What’s more surprising, though, is that, according to a June 13, 2016 article by Thomas E. Patterson of Harvard, Trump’s positive coverage preceded his rise in the poles:

The report shows that during the year 2015, major news outlets covered Donald Trump in a way that was unusual given his low initial polling numbers—a high volume of media coverage preceded Trump’s rise in the polls. Trump’s coverage was positive in tone—he received far more ‘good press’ than ‘bad press.’ The volume and tone of the coverage helped propel Trump to the top of Republican polls. The Democratic race in 2015 received less than half the coverage of the Republican race.

This atypical behavior made me very uncomfortable. In my mind, there were only two possibilities: Trump was a Democrat plant who was using his TV personality fame and vague political affiliations to take over our party, or the left-leaning media thought he was a clown who could be promoted through the primaries only to be defeated by Clinton in the general election. Obviously the first proved not to be the case.

Whether political maneuverings were at the heart of this media coverage or not, the recent Rolling Stone article on Jeff Zucker supports my observations about Trump’s promotion on these networks (although it only focuses on already-canceled media figures and politicians, conveniently leaving out his cozy relationships with people like Joe Scarborough from MSNBC). The massive audience reached by such networks—particularly NBC, which serves many who may not normally tune into cable news and political issues—promoted the growing perception of his position as a populist hero and seemed to energize voters who were previously cynical about politicians. He gained steam quickly and was able to beat out other Republican candidates because he had no populist competitor, and the conservative vote was split among several well-liked personalities.

When he won the nomination, conservatives were left wrestling with their options. They could vote for an unpredictable figure with a dubious moral past claiming to represent their side, or for a very predictable figure with a dubious moral past who they knew represented everything they were against and was arguably one of the most hated politicians the Left could have offered them up.

Then came the “October surprise” of the Access Hollywood tape. Clinton and the media made the case clear: upright Republicans would have to abandon this vile man who had fooled them into supporting him. But the problem was that Clinton had no moral high ground from which to make this case. It was she herself who fashioned the argument, during her husband’s presidential candidacy, that a politician’s personal moral failings were his own business and should not be weighed in deciding whether he was fit to govern. She had personally created the moral vacuum that she then blamed on Republicans. Trump made this painfully obvious when he hosted a panel of Bill Clinton’s accusers only ninety minutes before his second debate with Hillary. This stunt played well to a public raised in an era when the hypocrisy of politicians had been largely illustrated by the Clintons, not by Nixon.

In the end, many conservative voters made the call based on the more traditional figures Trump was positioning for his cabinet, such as Ben Carson, and on the promise of conservative Supreme Court Justices. Contrary to narratives that linked their support to racism, Columbia University sociologist, Musa al-Gharbi’s research posits that Trump supporters have never been largely driven by racism and even traces Trump’s support among minorities and non-Christian religious voters.

Mainstream media figures were noticeably shocked when the poll numbers came in on election night. It was clear that this outcome was unthinkable. What followed was an assault on their own man and demonization of anyone who had the audacity to take their bait in the race for which it was intended and hold onto it in the race for which it was not. To them, Trump was not the democratically elected leader of the free world, but Frankenstein’s monster, and they behaved accordingly.

Unfortunately, in their zeal to destroy what they had created, they villainized large swaths of the American public, fueled polarization, fractured family relationships, set the example for a rising generation of how U.S. presidents should be treated, and behaved in ways that shattered faith in their own legitimacy. Now we are left with the wreckage of a media culture that has sought to move politicians around like pawns and manipulate the sentiments of the public they should be serving. Surely even January 6th could be viewed as a product of this manipulation, and perhaps this manipulation’s biggest casualty has been the American Spirit. It has been said that democracy dies in darkness, but in our case, its death may be due to the bright lights of an entertainment industry that has hijacked the public sphere. The question many of us perhaps should be asking as traditional media outlets fret over Elon Musk’s acquisition of Twitter, is: Why should we the people believe a media that would prop up a celebrity for their own purposes and then tear him down while blaming half the American public for his ascent?

January 17, 2022
Breaking up Fights and Race Relations
Next Post 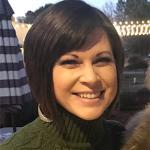 May 6, 2022
Browse Our Archives
Related posts from Shattering Paradigms