The Revenant: Meditations on Redemptive Suffering 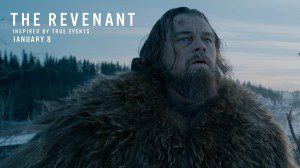 *Spoilers ahead*
To be honest, I wasn’t prepared for what I saw. From what I’d read, it seemed as if The Revenant was just another Western revenge movie, of which there are Legion, including The Hateful Eight, the newest film by Quentin Tarantino. But if it’s a Western, it’s a Western as meditation on redemptive suffering. How those reviews and articles missed that most basic part of the story is beyond me, but The Revenant is one of the most Catholic and sacramental films I’ve seen in a long time.

The main character, Hugh Glass (Leonardo Dicaprio), suffers more than any movie character that I can remember. He’s mauled by a grizzly bear in one of the most horrific scenes I’ve ever squirmed through. But that’s just the beginning. As he lays dying, he watches his son murdered at the hand of his antagonist, John Fitzgerald (disappearing into the role, Tom Hardy). Glass crawls from the shallow grave where he’s been left for dead to cross the frozen Montana landscape, battling a near fatal infection. He’s then shot, thrown over cliffs, and desperate for warmth, sleeps in a disemboweled horse.

Why? What powers his will through the suffering? For half of the movie, we believe it’s good old ordinary revenge, the desire to kill Fitzgerald for the murder of his son. Further, Iñárritu seems to enforce this idea by showing us scenes of nature, “red in tooth and claw.”

This is the beauty of the film, as it turns on its head the accepted trope that when we confront the supposed brutality of nature, we somehow see “reality,” and any  possible deeper meaning is a figment of human imagination. This nihilistic point of view has been with us for over a century. No wonder we treat nature as  disposable and exploitable. The Revenant offers a different point of view, similar to what you’ll find in Pope Francis’s encyclical on the care of the earth, Laudato Si.

A sacramental understanding of nature begins to teach Glass lessons in redemptive suffering. The lessons reach a zenith when he finds a wandering Pawnee Indian who tells him “revenge is in the hands of the Creator.” The Indian then builds a sweat lodge to help him recover from a raging infection. While there, he has a vision of an abandoned church full of Icons of suffering saints. As he walks through the church, he looks up to see an Icon of Christ Crucified (we only see the nails in the feet), the ultimate picture of redemptive suffering. His son appears and embraces him, planting a lesson that will come to fruition.

Finally, Glass tracks down Fitzgerald and they have a raw, bloody fight near a creek. Glass overcomes his enemy and is about to kill him. The villain taunts him, telling Glass that he’s come all this way just to kill him and that it won’t bring his son back. In other words, his revenge and suffering will be meaningless, providing no comfort. Glass looks up and sees something startling (I won’t give it away) that brings to mind his vision in the old abandoned church. Glass has mercy on Fitzgerald and turns him over to God’s justice. He has been redeemed by his suffering.

Iñárritu understands sacramental suffering. Indeed, he understands it better than most American Christians. In interviews, Iñárritu discusses how his childhood Catholicism informs his work. It’s blatantly obvious in The Revenant. That worldview has produced a stunning piece of art and film.

Modern Catholics have shied away from a theology of suffering as an almost embarrassing relic of the past. And yet, it’s the most powerful answer to the problem of evil. The suffering of Christ tells us that God has indeed become fully human; he suffered and does suffer, just like us. This is a profound mystery of the church that we often try to sweep under the rug. But we’re doing the world a fatal disservice by not helping humans to understand the nature of suffering and how it can lead to redemption. And, even more, that God’s very plan and being contain suffering for Himself. 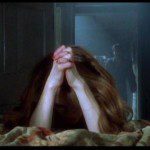 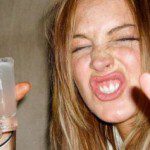 January 12, 2016 Sick Pilgrim: The Catholic Church is a Hot Mess...and I love Her
Recent Comments
0 | Leave a Comment
Browse Our Archives
get the latest updates from
Sick Pilgrim
and the Patheos
Catholic
Channel
POPULAR AT PATHEOS Catholic
1

Did the Pope Say the Commandments...
Through Catholic Lenses
Related posts from Sick Pilgrim

What You're Doing When You Vaccine-Shame Priests, and...
At Catholic Vote this morning: "Bishop Orders Unvaccinated Priests Not to Minister...
view all Catholic blogs
What Are Your Thoughts?leave a comment
Copyright 2008-2021, Patheos. All rights reserved.