I don’t remember where I hid the bodies or how I struck them down. Many are rotting in Louisiana. Others were tossed along the many roads I’ve traveled all around this country.

Sometimes I can’t even recall their names. Part of me wants to doubt I did it. Another part insists an extenuating circumstance limits my culpability, no matter how guilty I know that I am. I’m not sure if I would condemn concerns over the reaction of my wife, my family, and my closest friends as mere vanity. But I’m equally concerned about some vague notion of the world. I don’t want the world coming down on me.

When I was a kid going to youth groups, camp meetings, and other conjured-up revivals of the Holy Ghost, I heard two kinds of testimonies. Most were those of great sinners, who recounted their sins with braggadocious swagger. Each of them was the chief of sinners, telling their tales of hitting rock bottom with tears and laughter, making it hard to discern whether they were selling snake oil or were genuine converts who wanted to hold onto their street cred. While these sensational accounts predisposed a lot of my peers to the notion that you had to be really bad before Jesus could use you, I wanted nothing of it.

Then there were the others: people who cut their teeth on pews and grew up sanctified. Most of their stories were boring. I found a few scoundrels and delusional disciples among them, but many of them seemed clean and holy. Although I wasn’t allowed to attend church until I was a teenager, I thought perhaps I could catch up with these people. I was not guilty of serious sin. I was certain God had some wonderful plan for my life.

This was the beginning of crafting a mask of holiness, an image of zeal and decency and values that wasn’t altogether false. Yet it concealed the grotesque sickness of sins, some committed by me, others committed against me.

It wasn’t until I became Catholic that I learned the word concupiscence, but it was there all the while, along with all sorts of other malignancies obvious to anyone who looked close enough, not to mention any innocent bystander who caught me when my guard was down.

The first time my self image was damaged with the awareness of the perception of others was a moment when I was sinned against, and the instability of my life was revealed. I was still a teenager. One of the self-proclaimed prophets of my old church offered his certain, “thus saith the Lord.” The Holy Ghost had revealed to him that in the natural realm, I was worthless, and in the spiritual realm, even more so. This was my time to learn.

What I began to learn were the edicts of Pharisaism. I got some sort of grasp on grace, but it was doomed to a cyclical dualism of reverting to the harsh religion of perfectionism.

And then I found Catholicism. The religion whose legalism I’d been warned against turned out to be the source of countless graces. Not just the grace of the sacraments, but the humanizing grace of spiritual companionship with comparatively normal people.

But the Catholic world also was ripe for self-righteous outrage, factional conflict, hermeneutics of suspicion, personal delusions, and friendly deceptions. So I switched alignments with convenient factions until I found my niche, which was above it all.

And here I am above it all, realizing this is also a fiction I’ve crafted to justify myself and every stone I throw at others.

Perhaps you’re still wondering about the bodies. Me too.

I wake up gasping and guilty. These dreams feel too real, and they’ve been happening for years. I can’t dismiss them as Queen Mab’s abhorrent lies. They’re coming from somewhere true, even if I can’t quite put my finger on it. A man who loves God loves truth, so I try to conduct a groggy examination of conscience before putting on my best face and meeting the day.

Lately, I’ve noticed a possible answer. I don’t know where I hid the bodies, but thanks to social media, I’ve tapped into a perpetual digital seance with all sorts of lost acquaintances. There I am, connecting with family members I seldom see, classmates and church folk whose opinions mattered to me decades ago, loudmouth latecomers to a narrative of Jesus that I’m convinced Christ himself would not recognize, unreconstructed good old boys, and countless disembodied souls pontificating some stripe of deplorable politics from the left or the right. Sometimes they write misspelled words in all caps. Sometimes they reveal arrogance and intellects worthy of their doctoral degrees, while lacking anything resembling wisdom or charity.

If they had any humility, they’d recognize the truth and purity of what I have to say. So I murder them, not with a prolonged imagination in my heart but on an impulse. I pass judgment and move along. Perhaps Jesus would call me a whitewashed tomb in kindness.

In this week’s gospel we find God’s preference for sinners who beg mercy over the self-righteous incapable of asking for it. But asking for it is almost as difficult as receiving it.

I’m not really that bad.

But I can’t stand to contemplate the lyrics of Sufjan Stevens’s dirge lamenting the serial killer John Wayne Gacy:

He’d kill ten thousand people
With a slight of his hand, running far, running fast to the dead
He took off all their clothes for them
He put a cloth on their lips, quiet hands, quiet kiss on the mouth
And in my best behavior
I am really just like him
Look beneath the floor boards
For the secrets I have hid

It’s powerful enough to send me back to the confessional, in the hope that this time, reconciliation will stick.

–Toby D’Anna is a middle school English teacher in Tacoma, Washington. John Wayne Gacy, known as the Killer Clown, was a serial killer who murdered at least 33 boys and men in 1970s Cook County, Illinois. 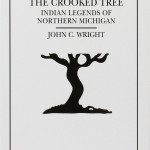 October 19, 2016
Going in Fire: Spooky Tales from the Crooked Tree
Next Post

October 24, 2016 Blessed, Bewildered: A Former Altar Boy Remembers Benediction
Recent Comments
0 | Leave a Comment
"I too have wondered this, but have never seen it brought up before except in ..."
Makishima When NFP Doesn’t Work: A Conclusion ..."
""Stay away from married men, married women, ordained priests and religious sisters and nuns.Respect the ..."
Proud Reaganista What I Learned from Dating a ..."
"Linda, have you found God yet? or are you still being evil?"
Jasper What I Learned from Dating a ..."
"What age do you think this book is appropriate for? I'll put it on my ..."
Biking in a skirt Rereading “I Walk with Jesus” in ..."
Browse Our Archives
Follow Us!

If You Shame A Sex Worker...
Steel Magnificat
Related posts from Sick Pilgrim