Why Are We So Afraid of Mercy and Our Own Heretical Little Hearts?

As I sort through the events of the past few months, I’ve tried to figure out what bothers me the most about the Trump presidency and what it’s revealed about Catholics and Christians in America. Every time I think I’ve pinpointed the problem, it vanishes into the air. Sure, I’m bothered by the misogyny, the myopic views of pro-birthers, and the barely disguised hatred of Muslims. But, every time I pick up my computer to write about these things, something stops me, prompting me to go deeper.

An article about The Church Militant in USA Today helped snap everything into place. What bothers me most about The Church Militant, The Remnant, Franklin Graham (who has betrayed his father’s legacy) and their supporters is a problem that I’ve noticed in my own heart. We don’t just find it difficult to show mercy, we actually hate and fear the very idea. And in doing so, we teach a false gospel of Christ and therefore allow our own heretical little hearts to keep beating poison into everyone else’s bloodstream.

Why? Why do we hate mercy so much?

Of course, I can’t speak for the Church Militant crowd, but I can certainly examine my own heart. The reason I hate mercy is because it implies a lot of things that I don’t want to think about. Mercy makes me realize that we aren’t in control of the situation.

All of the criticisms of Pope Francis and his merciful attitude seem to miss this key point: mercy implies there is something wrong in the first place. Never once have I heard him say sin doesn’t matter, that separation from God is just a construct, or that we should do away with the teachings of the church. Not one time. The burden of proof is on the one who says otherwise. And despite numerous attempts, even by certain Cardinals, it’s never been done.

Instead, Pope Francis assumes that we’re all screwed and we all need God’s mercy and grace. If left to ourselves, we will drive the car into the Grand Canyon, not just by accident but on purpose. The stupidity of the bumper sticker that says, “God is my co-pilot” demonstrates the point. It means we are still fighting for the wheel.

And this takes an even more hideous hue when we go further into the dark caverns of our heart. In reality, if we got control of the wheel, we wouldn’t show mercy. Rather, we want to decide who gets God’s forgiveness and who doesn’t. In other words, we’d rather be the Roman soldiers nailing Jesus to the cross than being Simon of Cyrene helping him to carry it.

We may not say this aloud, but most of us feel that people are getting off “too easy.” They need to go to the cross first, we think. No doubt that is true for all of us. But we like to build other people’s crosses for them. We like to carefully carpenter the wood, fashion the nails, and watch them carry it through the streets. We don’t realize how dangerous and spiritually destructive this attitude can be.  We shove ourselves in God’s place and forget the mercy we’ve been shown.

But Jesus tells us to take up OUR cross and follow him. Meaning, the one we’ve been given by God. If we do that, we’ll have no room for judgement and lack of mercy. We will be focused on the cross given to us. Maybe then we’d find that our cross is also Christ’s, and through our union with him, we are bearing the burdens of other people. As we bear their burdens, we will learn to love them more

The great early 20th century priest, Robert Hugh Benson (or The RHB, as I like to call him) wrote in Paradoxes of Catholicism that heretics always want things simple without too much complication. The Church Militant folks want things simple when they say, “we’re just telling people to believe Church teaching.” The problem is, they are only showing a part of church teaching, the oversimplified part. In doing so, they commit heresy because of their lack of mercy and nuance.

Everything we believe as Christians and Catholics centers around the idea that God is love and God is merciful. Otherwise, there is no point. If you want an angry god, there are plenty of places to look. If you want a god who serves your own personal needs and fears, than look no further than the American pop culture god. But the mystery of God’s mercy is the beating Sacred Heart of Christ.

When we show mercy, love and compassion to our follow sin addicts, we’re closer to God. When we don’t and try to bring the hammer of judgment, we’re snatching something from God’s very throne room and saying we are better at it.

This is a burden too great to bear. Jesus warned us very plainly that if we don’t show mercy and grace, it will not be shown to us. If we teach that heresy, we will lead people right into the mouth of God’s judgment. 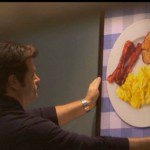 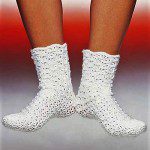