Are You a Child of Thunder? Or a Vigilante of Love?

Are You a Child of Thunder? Or a Vigilante of Love? February 6, 2017 Jonathan Ryan

On the first Sunday of the year, my priest printed out slips of paper with saints’ names on them. He told us to choose one out of a basket after mass. Whomever we got, he assured us, would pray for us and be our patron for that year.

It seemed like a good idea. But knowing the way God usually deals with me, some obscure saint I never heard of would probably pick me and I would have to really dig to understand the reasons why.

So, after I mass, I pulled out the following:

Prayer: Oh open Heart of Jesus, devoured with such a pure love, into your wound, I place my wound, my lack of love.

Pray for those wounded by life that they might be healed.

St. John is the writer of the fourth gospel and as far as we know, is the one who laid his head on Jesus’ chest during the Last Supper, the night before the Crucifixion. He is also known for telling us that “God is love.”

But he wasn’t always known for his loving ways. In Luke 9, along with his brother James, he wants to call down fire on a Samaritan village that rejected Jesus. Our Lord basically says, “Listen, SONS OF THUNDER, I’ve come to save people, not burn them up.” You can almost hear the sarcasm in his voice.

As John listens to the heart of Christ, he is transformed. And he invites everyone to hear this heartbeat of fiery love through everything that he writes. Love pours out of John even as he expresses his distaste for the Pharisees. In his gospel, John unmasks Pharisaical hatred, their lack of mercy for sinful people. The warning is clear: don’t be like these people, or you will be cast into outer darkness.

As I stared at this slip of paper after mass, all of this went through my mind. I understood why St. John chose me, and it shattered my icy heart. I’m terrible at loving other people. I’m not a disciple of love. Rather, I’m a son of thunder with a severe anger problem, liable to lash out at any moment at the slightest provocation.

Don’t get me wrong: my anger is not displayed in dramatic ways. I don’t beat up people, kick puppies or break objects. On the surface, I appear calm, collected and in control. However, under the surface is a seething anger because of the pain and suffering I’ve encountered in my life. Some of it has been inflicted on me, but I bear much of it because of my own absurd and sinful choices.

Walker Percy once wrote in the novel The Moviegoer,

“Whenever I feel bad, I go to the library and read controversial periodicals. Though I do not know whether I am a liberal or a conservative, I am nevertheless enlivened by the hatred which one bears the other. In fact, this hatred strikes me as one of the few signs of life remaining in the world.”

People who are angry and full of hate are not indifferent. There is a fiery realm of passion under the surface. This is me. I care about things because I’m an idealist. That is a good thing. What is not so good is that my idealism is disappointed. I express that disappointment with anger, flashes of temper and scorn directed at people who disagree with me.

I believe St. John chose me because I’m supposed to learn how to be a Vigilante of Love (taken from one of my favorite band names ever) who loves God and others in radical ways. I’m realizing this lesson is going to push me into very strange and frightening territory. Why?  Because loving people is not safe. And a huge part of me craves safety, because I’ve never really had it in my life.

Indeed, during the past four years I’ve been like a wounded animal who bites every hand that tries to comfort or heal it. I’ve crawled into my den of protection and allowed no one inside. But, as C.S. Lewis pointed out, withdrawing doesn’t really make me secure. Rather, it means that I’m in danger of being in love with hell.

This is the time of year when everyone talks about love, although very few of us know what the word means. For the treacly sweet among us, love means warm feelings and cutesy cards. For the darkly cynical, it means pointing out that Valentine’s Day is a chance for neglectful husbands or boyfriends to engage in a day-long exercise in gaslighting. None of it, of course, resembles anything like real love.

But for those of us who are trying to figure out what St. John means when he says, “God is love,” Valentine’s Day can be a challenge to think more deeply. How? I really don’t know yet.  The past few weeks, I’ve begun to realize how much I need to learn about loving God and other people. This is a humbling experience because I have a Masters of Divinity degree, spent sixteen years in ministry and have written numerous things about love. Still, I’ve realized that those lessons have not gone deep enough to penetrate that well of passion in my heart. The fire that resides there is still polluted with darkness and anger.

So, this Valentine’s Day, maybe instead of trying to talk about love, we should admit how little we know about doing it well. Maybe we can be challenged to delve deeper into the subject and learn. Ask the ones close to us how we can love them and not assume we know. In this, we humble ourselves before God and the people God has given us to love. And, this humility, according to Papa Frank, is the first step on the long journey to loving as we have been loved. 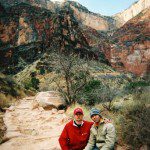 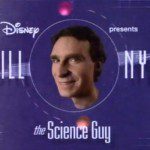 February 9, 2017 To Bill Nye, Fellow Ataxian
Recent Comments
0 | Leave a Comment
Browse Our Archives
get the latest from
Sick Pilgrim
Sign up for our newsletter
POPULAR AT PATHEOS Catholic
1