Dark Devotional: When Letting Go is Holding On

“My dishonesty with myself and others hinders the honesty of all humanity, hinders the progress of all people.” Journal entry on 2/12/12

In 2012 I made the decision to let go of some certainty in my life for the sake of exploring something unknown. I quit my job. I quit my salary-paying, insurance-giving job full of security and certainty so I could travel to the seventeen Cistercian monasteries of the United States. As someone who isn’t Catholic, this was a surprise to everyone I knew. I would say that this decision surprised me too, but as I went on doing what I was supposed to do each day, I only felt myself dying a million deaths. It doesn’t surprise me I took on such a drastic measure to keep on living.

So much of my life at the time was wrapped up in what other people thought of me and meeting the expectations meant sticking to the script. Quitting a secure job with a salary and benefits wasn’t just an unwelcome improvisation—it was dangerous one. And thrill seeking was absolutely not a part of those predictable characters’ make up.

I thought I was “doing all the right things”, but as I did them, I couldn’t shake the nagging; the blatant certainty that there was more to this life and that it wasn’t reserved for the few, and that it might even extend to me. Fitting everywhere but belonging nowhere—it was no longer enough, and something inside me sensed my restlessness could only be calmed by letting go.

Quitting my job to pursue that which was pulling me from the center of my heart made me feel exhilarated in a way that I hadn’t experienced since the beginning of these piling expectations. The monasteries, their silence, their mystery, their unique provision of solitude felt like they could be an exception to the lack of belonging I sensed at every turn. As I gave more and more thought to this longing within me, the unknown abundance of mystery that was before me, a unique way of exploring my interior spaciousness, I knew I had to go.

And when I stepped inside these sacred places, overcome with a sense of belonging, I knew instantly I had not made a mistake. It was in these moments away that the focus sharpened and I could sense my place in the world more clearly. It was a space where the noise of any perceived audience’s approval or disapproval literally and metaphorically cleared from my life and I could hear the voice of my heart instead.

So, I poked my head into seventeen spaces bathed in prayer and talked with monks and nuns about silence, solitude and contemplative life. I didn’t realize until the pilgrimage began that part of this expression of my true-self was bound up in my existential and spiritual curiosity that had been a part of my meandering thoughts since childhood. We further explored topics related to social justice, the true-self, acedia, mental health, and community. My joy and curiosity could not be contained.

This strange pilgrimage was spurred on and then validated by Thomas Merton’s words in New Seeds of Contemplation, “Many poets are not poets for the same reason that many religious men are not saints: they never succeed in being themselves… They never become the man or the artist who is called for by all the circumstances of their individual lives. …They wear out their minds and bodies in a hopeless endeavor to have somebody else’s experiences or write somebody else’s poems.”

This idea of spending my life on the things that aren’t of me is something I have had to navigate in my own way. It’s a lesson that is never over once it is over. It certainly isn’t easy for me to be true to myself. I have to learn and then relearn nearly every single day.

I know, for example, that in my writing life there are many topics I’ve avoided for reasons I’d rather not admit. Reasons that ultimately declare the comfort of others and myself as more important than the truth and freedom of all humanity. Reasons that shun my inner spirit and remove dignity from my identity. I learned long ago on my pilgrimage that the danger in not being my true-self had a ripple-effect that was larger than just me. My self-expression, being true to who I was, affected other’s ability to do the same.  After all, we belong to each other. I knew then it was time for a change. It was time to let go of the world’s agenda for my life. And, it’s just as true now as it was then.

“Trust is very much about going beyond the guarantees; engaging into the future that is beyond what is known and seen.” A Monk of Mepkin Abbey

When I arrived home after nearly a half year on the road, I had no extreme revelations or clear-cut certainties to reveal. I only emerged with a new sense of listening to the heart of who I am and an openness to the silences and the stillnesses that speak into that true identity. I began to let go of those preconceived notions the world had seared into me for years, I began to let myself unfold and go off script.

“I don’t want to stay folded anywhere, because where I am folded, there I am a lie.” Rainer Maria Rilke

All of life is loving as much as it is a constant letting go. Sometimes that letting go is an initial step away from the noisy world into finding out more of who we are. And, sometimes this requires a grieving. A grieving of a narrative we’ve clung to or been told, or grieving a sense of certainty or ownership. But we cannot begin to meet ourselves without this letting go. We cannot begin to reunite with the wholeness of who we are until we strip ourselves of assumptions, predictions, and expectations. We cannot hold on until we truly let go.

“There is in us an instinct for newness, for renewal, for a liberation of creative power. We seek to awaken in ourselves a force which really changes our lives from within. And yet the same instinct tells us that this change is a recovery of that which is deepest, most original, most personal in ourselves. To be born again is not to become somebody else, but to become ourselves.” Thomas Merton, “Christian Humanism” in Love and Living

Cassidy Hall is a writer, photographer, filmmaker with a MA in Professional Counseling. Cassidy’s writing is featured on The Huffington Post, Patheos and her website, www.cassidyhall.com.

November 15, 2017
Stranger Things is the Most Catholic Show on TV
Next Post 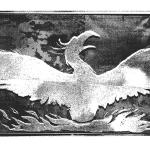