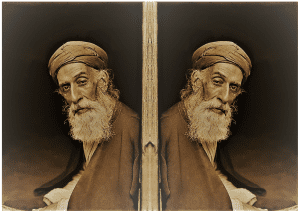 The Passion of Our Lord Jesus Christ according to John

From his cross he told me only one thing:

Then, as the Gospel says:

“from that hour the disciple took her into his home.”

What is it to have her in my home and my life?

At Cana in Galilee, she was the Gospel’s first witness of the misery of man and woman.

Having seen it, she stepped in.

“They have no wine.”

Then she stood with her son’s would-be servants, and told them:

“Do whatever he tells you.”

I wanted to do whatever he told me.

When the soldiers and police arrested him, we, his handpicked men, ran away.

His mother went to his cross.

When Jesus saw his mother and the disciple whom he loved standing beside her, he said to his mother, “Woman, behold your son.”

Then he said to the disciple, “Behold your mother.”

And from that hour the disciple took her into his own home.

I changed from runaway disciple into brother of Jesus and second-hand son of Mary.

The only thing Jesus said to me from his cross:

From his cross, from him, from that hour I took his mother into my home and my life.

I behold her now.

At both Cana and Calvary, she intervened.

At Cana, Jesus yielded to her.

“This, the first of his signs, Jesus did at Cana in Galilee, and manifested his glory; and his disciples believed in him.”

The last of his signs was on Calvary where he changed me into his brother, and said, “It is finished.”

I yield to you.

Draw me out of my hiding, and walk me to his cross.

Teach me to keep the Sabbath.

Teach me to wait for the glory of Jesus Arisen to break into all the locked rooms where I hide now and at the hour of my death.

Fr. Stephanos Pedrano, O.S.B., is a monk and priest of Prince of Peace Abbey, a Benedictine monastery in Oceanside, California. 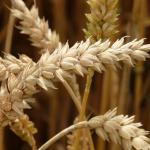 April 5, 2019
Dark Devotional: Begging to Pray with the Psalms
Next Post 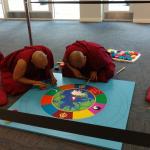 April 19, 2019 Dark Devotional: Easter Thoughts from the Outside In
Recent Comments
0 | Leave a Comment
Browse Our Archives
Follow Us!