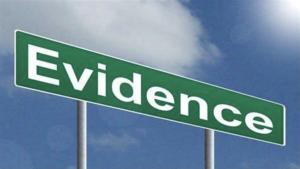 Twenty years ago, when this tired millennium was fresh and youthful, so was I.

I was a newly-wed, eager-to-please young liberal-arts-graduate-slash-oldest child starting life in a new part of the country. Obviously, a woman-child in my position would be in search of a solid identity, one that could undergird my new adult life while pleasing my parents several states away. A millennial in spirit, I began my search for self on the internet. Yahoo! promised answers, and I had questions. It was then and there that I discovered “Catholic apologetics.”

The apologists of Internet 1.0–for the most part white, male converts from evangelical Christianity–had a perspective on the Church that intrigued me. Where once I had believed that the answers to the Big Questions would be shrouded in veils of mystery, these men promised me intellectually, scripturally, and historically solid answers to any challenge put to me by my faith, or my life, or the persons involved in my faith or life.

Always be ready to give a defense for what you believe, they told me, and since my previous defense was “I don’t know, because my mom says so?” it all sounded pretty smart and grown-up to me. These Catholic Answers™ quoted chapter and verse, not to mention “church fathers” (what are those?) and ancient historians I’d never heard of. They offered me religion via bullet points; scripture and tradition organized into legalistic briefs that could be engaged to defend every assertion of the Creed.

For a bookish young wife stumbling into adulthood, an unimpeachably reasonable and formulaic faith sounded deeply comforting. Through the study of apologetics, I believed, I could attain an unshakable foundation of faith in a world that, since the attacks of September 11th, suddenly seemed fragile and dangerous.

A map to all the answers, available on a laminated card that you could stick right in your Bible, only $3.95 plus shipping and handling.

To its credit, the card I ordered warned against “proof-texting” but when you arm a former gifted child with a laminated card, a tabbed bible, and an array of colored highlighting pencils, proof-texting is inevitable. Why do I believe in the One, Holy, Catholic and Apostolic Church? Well, let’s refer ourselves to the Acts of the Apostles before we move on to today’s Gospel. Highlighters out. Card at the ready. Flip flip flip.

Which is all a long way around to saying that when today’s readings come around, I recognize them.

These readings are a few of the texts most often pulled out to defend the “One,” the “Holy,” and the “Apostolic.”

Let’s do the third part first: “Apostolic.” In the first reading, from Acts chapter 1, we hear of a meeting between The Rock (of course I mean Peter, but isn’t it fun to picture The Rock?) and the rest of the brethren, numbering one hundred and twenty of the followers of Jesus.

First of all, that’s a lot of guys. That’s, like, a moderately full Ramada ballroom during an agricultural sales conference.

The brethren are gathered to replace Judas as one of the Twelve. It is their belief that Jesus intended there to be precisely twelve apostles, and that scripture teaches if one departs, whether by betrayal or death or both, he must be replaced. So Peter sets parameters. Dude has to have been a follower from the start of the ministry, when Jesus was baptized, up to the Ascension. No Paul-y-come-latelys. Out of the 120, two finalists emerge: not-that-Judas (I imagine he was nominated so the leftover stationary wouldn’t go to waste) and Mathias. Peter entreats God, the only one who can truly know the hearts of men, to reveal to them which of the men He calls. Then Judas-please-call-me-Justus and Mathias essentially draw straws for it.

Mathias gets the short straw, and he is counted among the Apostles until the end of his days. (We know almost nothing about those days, because historians disagree on exactly where he went, what he did, how he died, and even what his actual name was.)

In any case, according to the apologists, this passage is one of the many ways we know that God intended us to have a Pope, hundreds of “cardinals,” plus archbishops and bishops, etc., because all this is called “Apostolic Succession,” which, as you can see, was clearly established in this passage.

In retrospect, the laminated card might have lacked some detail.

Let’s skip ahead to the Gospel, which will hopefully give us a little more clarity on how the church is “one” and “holy.” In today’s Gospel from John chapter 17, Jesus, on the night of his arrest, prays for those he will soon be leaving behind. “Holy Father, keep them in your name that you have given me, so that they may be one just as we are one.” He prays that they “share in (His) joy” as they go forth into the world, just as He had done. He prays that God will protect them from the evil one. He prays that, through his own consecration in pain and death, they would be consecrated in truth, and the Word.

Jesus, the most beloved child of the Father, asked all this on behalf of his friends, and presumably on behalf of all those who would succeed them. Joy, oneness, communion, truth, holiness, all in the name of God.

Jesus prayed for it, say the apologists, so of course that’s what we have! One! Holy! Catholic! Apostolic! All those popes and cardinals and bishops and priests and deacons and laypersons all joyful, all one, all shielded from evil, proclaiming Truth to the world until the day Christ comes again. On earth as it is in heaven!

Believe it, even if you don’t see it. Defend it, even against the evidence of your lying eyes.

Look down. Look down at the laminated card.

Don’t look up, or you will see a mess. A mess that highlighters won’t fix.

Don’t look at the abuses, at the infighting, at the cover-ups. Ignore the deceptions, the denials, the grandiosity and worldliness and cruelty. Believe in the church Christ prayed for, proclaim her virtues in the Creed, be ready to give a defense of all that but for God’s sake don’t look at all this, because this is indefensible.

Keep your eyes on Christ, they say, when they need us to look away. Only they pointed us to the wrong passage. It says right here that Christ intended to be revealed in his people. He prayed for that, prayed through tears and terror on his very last night on earth. He prayed that those acting in His name would reveal his joy, his love, his oneness with the Father. He prayed that they would bring those gifts to every corner of the suffering world, that they would be a light too bright to ignore.

He prayed for it, so it should be here, and I’m looking, and I don’t see it.

Not where the apologists told me I was supposed to, anyway.

There comes a point when the cognitive dissonance finally breaks through even the most precisely structured apologetics. Even I couldn’t intellectualize my way around the evidence of my own eyes. Not forever, anyway.

Clearly, my apologetics days are well past. I am not a newlywed or a recent grad or a bright-eyed “re-vert” ready to proof-text any errant atheist into the ground. This once-shiny new millennium is scarred and messy and unsure of what comes next and so am I. Oneness, holiness, catholicity, authority, priesthood–the images those words once conjured for me no longer feel strong, or comforting, or eternal. They feel like questions, not answers.

My battered soul is once again ready for mystery.

There are lines in this tabbed book that still call to me. Lines that aren’t highlighted, but somehow sing out a truth that resonates in the world I actually see.

Sandwiched between today’s first reading and Gospel, in the second reading, are a few of those lines:

“Beloved, if God so loved us,

we also must love one another.

No one has ever seen God.

Yet, if we love one another, God remains in us,

and his love is brought to perfection in us.

This is how we know that we remain in him and he in us,

that he has given us of his Spirit.”

Today, my tired body will sit for a moment, and allow these lines to read me. Then I, and the word, will stumble out into the world again.

Theresa Reese Weiler is a Detroit-area musician, writer, and the co-director of Weiler Creative Media. Www.weilercreativemedia.com