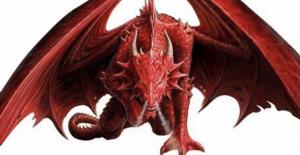 A woman [was] afflicted with hemorrhages for twelve years. She had suffered greatly at the hands of many doctors and had spent all that she had. Yet she was not helped but only grew worse (Mark 5:25–26).

I learned about the birds and the bees from the movie The Blue Lagoon and the classic sex manual Everything You Always Wanted to Know About Sex. Those were my father’s ideas for a supplemental sex education curriculum after giving me The Talk when I was about ten years old. Before you judge my father too harshly, keep in mind that at least he tried to pass on to me the information I’d need to know as I entered puberty. My mother, a registered nurse, didn’t want to talk about such things. To this day, I have no idea why.

Dad could tell me to expect bleeding once a month, but there’s more to having a period than its most obvious symptom—additional symptoms with which most men aren’t familiar. Because my mother didn’t talk to me about the process (and, evidently, it wasn’t covered in Dad’s supplemental materials) I didn’t know why I’d have mood swings, cramps, and underarm and breast pain. Mom gave me pads and pain relievers, but she didn’t tell me why I’d experience these symptoms month after month.

Needless to say, Mom was just as closemouthed about the end of fertility as she was about its onset. I can only assume Dad saw no need to cover perimenopause and menopause in The Talk with his tween daughter. So, I’ve had to spend the last few years pestering Doctor Google to find out why I’ve been dealing with brain fog, insomnia, mood swings, mid-month spotting, and other strange symptoms month after month.

A new complication to perimenopause arose soon after I received the second shot of the Moderna vaccine for COVID-19. I’d been successfully navigating perimenopause for a couple of years now following a minor surgery to resolve the mid-month spotting. The “pipes” were still functioning routinely, but I now knew what to expect. Or so I thought. I suddenly started experiencing period symptoms I hadn’t experienced in years—decades, in fact. When I was a young teen, I’d had underarm pain and headaches around the time of my period. Those have now returned.

I’m not alone in this experience. Since the vaccinations have been offered to the public, women have been reporting period changes. Some have had heavier bleeding, others have had lighter bleeding, and still others report PMS symptoms when they’ve never before had PMS. A friend of mine saw reports that some post-menopausal women have started getting periods again.

When women started reporting these symptoms, doctors were flummoxed. Some gynecologists suggested that perhaps the period changes “could be coincidental.” Other medical experts were patting women on the head and reassuring them that the post-vaccine effects would be “short-lived.” How could they make such a prediction when the vaccine has only been widely available since March? Who knows.

And why wasn’t the potential for period changes caught when the vaccines were being developed? Oh, that. It seems scientists may not have asked female participants in the trials whether they’d been experiencing period changes and the women who’d experienced the changes didn’t think to report the changes—probably because they were never asked.

Reluctance to talk about women’s bodies and health concerns is nothing new. In this week’s Gospel, Jesus encounters a woman who had suffered from bleeding for a dozen years. She’d gone to doctor after doctor after doctor, paying them “all that she had” but getting progressively worse (Mark 5:25–26).

In reading through Mark’s account of this story, I was intrigued that Mark specifically mentioned the woman’s encounters with her doctors. “She had suffered greatly at the hands of many doctors,” Mark said. St. Luke had been a physician himself, I remembered (Col. 4:14), one who prided himself on his attention to detail in his Gospel (Luke 1:1–4). What might he have had to say about the woman with the hemorrhages?

Luke wasn’t interested in the woman’s medical history beyond noting that she “had a flow of blood for twelve years and could not be healed by any one” (8:43). The disconnect between Mark’s pointed critique of the woman’s doctors and the Beloved Physician (as his mentor, St. Paul, called Luke) suddenly adopting the passive voice in discussing the patient and turning a blind eye to her suffering had me idly wondering if Luke had been one of the many doctors the woman had consulted in her search for a cure.

Matthew was even more terse. He described her as “a woman who had suffered from a hemorrhage for twelve years” (Matt. 9:20).

But there’s one more difference in Mark and Luke’s accounts worth noting. Luke, the doctor, reported that after the woman touched Jesus’ cloak and was healed, Jesus told her, “Your faith has made you well” (Luke 8:48). Mark had a slightly different take: “Your faith has saved you” (Mark 5:34). For Luke, apparently all the patient needed for a cure was faith.

When we filter out the Gospel writers’ biases and just look at Jesus’ interaction with the woman, we see that Jesus himself was focused on the woman who had approached him for a cure.

The woman, knowing she’d be considered “unclean” and thus “unfit” to approach Jesus directly, “came up behind him in the crowd” (Mark 5:27). He turned and searched for her (v. 30). She could have slipped away quietly, knowing she’d already been healed and had no need to risk punishment (v. 29), but she came forward and told Jesus what she’d done and why (v. 33). Despite being distracted by the needs of another patient, a young girl who was reported to be gravely ill (vv. 22–23), Jesus took the time to comfort this woman and assure her that she had indeed been cured (v. 34).

Jesus knew this woman had been cured. He had no need to seek her out. In doing so, though, he brought her story to light: her struggles with an illness that had cut her off from society; the doctors who’d taken her money and left her worse off than before; her courage, not just in persevering in finding a cure but in stepping out of the shadows and into Jesus’ presence. When her story was later recorded for posterity by men, at least one of those men unwittingly revealed his own bias in his account, which shows us something of that man’s own human frailty.

“Here be dragons” is an ancient device on maps, indicating uncharted regions where dangers could potentially lurk, ready to ensnare intrepid explorers. I’ve sometimes thought that women’s bodies are the last “uncharted region” of medical science, often ignored out of fear, shame, and unwillingness to acknowledge differences in the female body. As we have now seen with the COVID vaccines, that unwillingness to take into account women’s unique health concerns still persists, with scientists as unwilling as my mother was to discuss women’s periods.

Perhaps we ought to start marking the uncharted regions of medical science and women’s reproductive health with “Here be blood.” 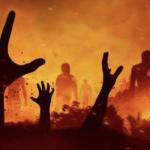 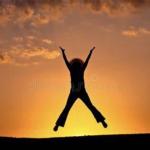 July 2, 2021 Dark Devotional: The Petulant Winds of Elation
Recent Comments
0 | Leave a Comment
"https://www.youtube.com/wat..."
Theodore Seeber How Blogs Hurt (and Help) the ..."
"I agree with Jacobs. Our writer could have bowed to the altar in the Episcopalian ..."
edlondinium Dark Devotional: The Case of the ..."
"Oh dear. Shades of Pascal's wager. What I choose to do with my life is ..."
Linguagroover Dark Devotional: On the Outside with ..."
"A serious study of Catholicism will show that Jesus' Gospel message was and is a ..."
Jo Ann Elder-Nativity Dark Devotional: On the Outside with ..."
Browse Our Archives
get the latest from
Sick Pilgrim
Sign up for our newsletter
POPULAR AT PATHEOS Catholic
1 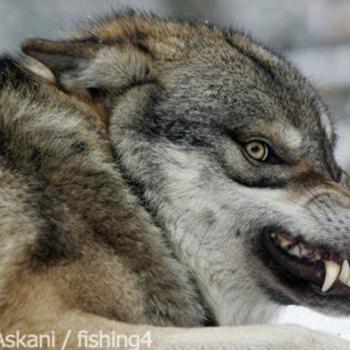