The Third Sunday of Advent: Love is Coming 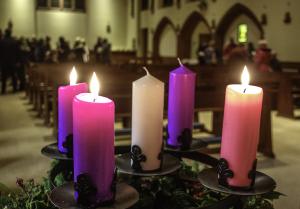 Well, this week has gotten away from me. It was a seemingly endless stream of cumulative small stressors leaving me feeling bone tired. That was before I had to drive two hours each way in a dense fog during a driving rainstorm to attend the memorial service for a young man who struggled so painfully for so long.  Every radio station along the way recounted more of the horror unfolding in Arkansas and Kentucky from devastating tornadoes.

As if some sort of sign of the way the season is shaping up, I woke up to find the cat batting our advent wreath greens all around the living room floor. The swan was under a chair.

So, let’s just say I was in as ideal a mood as one could be for facilitating a conversation with artist friends about how they are spending this advent. Seriously, I am not being glib. The Jews who were waiting for the coming Christ were a people exhausted from living under an oppressive political regime, fearful for their children, and still believing against all hope for a mighty savior.  I think in my own way I finally get where they were coming from.

Whether I actually do get it or not, the conversation began. Writers, professors, a singer, a pair of film makers, a farmer, straight, queer, single, married, divorced, Catholic, Protestant, agnostic, Americans, Canadians… We come from a wide variety of life experiences and faith journeys. We all sitting with the same questions, though: What are you doing? What are you waiting for? What are you expecting? Hoping for? Believing?

All of us are wrestling with questions of our faith in light of suffering—universal and very, very personal. As Jacob W. Torbek noted, we’re “trying to keep it together.” For several of us, it’s all just too much, and more than one Sick Pilgrim friend noted being “in denial” that we are this close to Christmas. I was surprised to find how many of my friends had yet to put up their trees or hang stockings. There were far fewer photos of Pinterest-worthy executions of Saint Nicholas Day surprises than in years past. Still, most of us have been lighting advent candles, and as Theresa Reese Weiler says, “Just trying to remember that we are all doing our best waiting for the light.”

In my Things Keeping Us Going Post this week, I detailed how I have taken a different tact by really leaning into my family’s traditions. Many of them are quirky, and hardly seem faith-based in any way (Godzilla vs Mothra, anyone?) They are deeply sacred to me, though, because these silly traditions are what tie me to my people past and present.

If you have followed the Sick Pilgrim blog this past year, you will likely notice that I have been on some sort of pilgrimage (Quest? Soul search?) for my place in my clan. Becoming a grandmother has made me very concerned about our family’s heritage. I have spent much of my life trying to overcome my inherited faults, biases, and messes. Failing that, I have long distanced myself from those things—and the people (my people) who remind me about them.

Then I became a grandmother just months after the last member of my grandparents’ generation passed away. Suddenly, I recognize what, to my shame, I have allowed to be lost. Now I am scurrying to channel all the strengths of my people to make sure that my children and their children get the best of us all for generations to come.

It seems to be a thread for most of the Sick Pilgrims. Rebecca Bratten Weiss is “waiting, fingers crossed, for my brother and sister to be able to join us this Christmas, “ John Farrell has been working in his daughters’ study, because this semester has seemed extra long, and he is just waiting to the day this week when he can “bring the kids safely home from school.”

I’ve known these beautiful souls for a while now. So, I know that their families, like mine, bring some baggage that they would rather not have to deal with. Still, this Christmas, after being apart for so long, and suffering so much, there is nobody else they would rather be with when Christmas morning breaks. “More than anything, “says Mary Bishop, “I’m longing for human connection.”

We will decorate the tree. We will bake the cookies. We will wrap the gifts. We will attend the special church services. We will light the candles.

God will still be with us. Emmanuel will still come. God promised it, the angel announced it. Somehow, we keep believing it and waiting for it.

Cassidy Hall describes it so beautifully:

“One of my favorite ways of talking about preparing has been about considering the perpetual arrival and perpetual waiting on love. Love as God, of course, but love as always here and never here.”

Love is here. Love is coming. Love is. 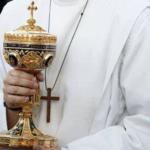 December 9, 2021
Dark Devotional: Holding the Door for Jesus
Next Post 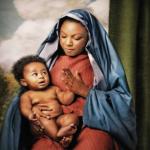 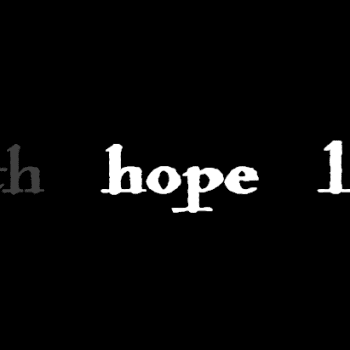 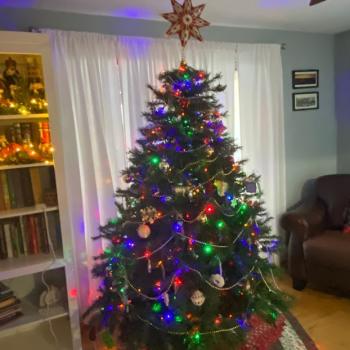 Catholic
First Sunday of Advent: What Are You Waiting...
Sick Pilgrim
TRENDING AT PATHEOS Catholic