A few years ago, I wrote  a lighthearted piece about NFP.  It’s an emotional, divisive topic, so I like to be frivolous about it once in a while.  One woman responded with gratitude, and mentioned in passing that she had been married for six years and had no children.  Within minutes, another woman leaped in to sneer:

“Well that kind of says it all doesn’t it. Good news- your marriage may not even be valid so if you ever want out- just a few pages of paperwork away!”

Once I got my breath back, I deleted the comment with a stern warning.  One of my favorite hobbies is jumping to conclusions, but even I wouldn’t suggest that a perfect stranger’s marriage is invalid.

Canon law about marriage is notoriously complex, and not a game for amateurs.  Even if she had said, “I’m a Jehovah’s witness and my third husband is a horse, so I sometimes wonder if my marriage could be invalid,” I would refer her question to someone with more experience.  I’m telling you, marriage law is complicated.

Besides, the original commenter gave almost no information about herself or her marriage.  What went unsaid?  Maybe her husband is dying.   Maybe she’s struggling with anorexia, or maybe she’s on lithium or thalidomide, and it isn’t safe to conceive.  Maybe she’s desperate for children, but her husband won’t consent; or maybe he’s desperate, but her own mother abused her, and she’s still working through her terror about being a mother.  Or maybe they’ve had six miscarriages.

Maybe they’ve been consulting their spiritual director, and he thinks they should wait because of X, Y, or Z, and she doesn’t feel like explaining this in the comment box of a total stranger.  Who knows?  The point is, we don’t know; and, that being the case, we have no right to assume anything.  Not enough information, too many variables, and nobody asked.

But it’s not always so obvious.  I remember hearing a group of fat women consoling and encouraging each other in their battle to lose weight.  Another woman chimed in, “Oh, I know how it is.  I mean, I only have five pounds to lose, but it can be so difficult!”

Jaws dropped.  Five pounds?  And she thinks she knows how hard it can be?  Come on!  The rest of the women had fifty or sixty pounds to drop, and were enraged by the temerity of this uppity little skinny person.  How dare she pretend to understand what they were facing!  Five measly pounds!  They made sure she understood just how hurtful and discouraging it was for a trim and attractive person like herself to compare her struggle their own.  She didn’t know the suffering of the truly obese — the social stigma, the self-loathing, and so on.

This skinny little lady, it turned out, had given birth to her fourth child a few weeks ago.  (She is five pounds overweight, let’s remember:  five.)  Her husband came into the room where she was getting dressed.  She told us how he gazed silently at her body for a moment, and said grimly, “Hmm, looks like it’s time for someone to get back to the gym.”

Jaws dropped again.  What a window into her marriage.  We have words for a man like that, but, like Christian Aunt Em, we try not to say them.   Suddenly, the skinny little upstart was the one who needed support and consolation.

One more story.  This time, the woman in question actually asked for our advice.   The discussion was about sufficient reasons for postponing another pregnancy.  Some of the women looking for guidance had truly difficult cases:  was it okay to put off having a baby because your husband’s job is in danger?  What if you carry a genetic disease, and any child you bear is likely to die young?  What if you’re already caring for your demented grandfather and your sister’s crack baby, your husband is in Afghanistan, and the last four times you got pregnant, it was twins?

What if, asked one woman, you just wanted to lose those last five pounds?

Um, no.  No, that wasn’t a good enough reason.  It was pretty much unanimous.  People tried to be kind, but the scorn kept bubbling to the surface.  Sorry, but this woman was clearly just being shallow and self-centered.  Some women would give their right arm to have another child, and here she was, totally buying in to modern cult of the body.  A loving, Christ-centered marriage based on openness to life and self-donation didn’t have any room for a petty little problem like five pounds (why is it always five pounds?) of baby weight.   An open-and-shut case.  Next!

But a month or two after this conversation, the woman told us what she had just discovered:  her husband was cheating on her.  It had been going on for years, and the details of his secret life made Anthony Weiner look like a classy and discreet guy. And there she was at home, frantically driving herself on and on with the Stairmaster and the cleansing diets, trying to do what she could to fix what was wrong.  She didn’t know what was wrong with her marriage.  But she did know that having another baby was the wrongest thing in the world right now.  She assumed it was her fault.

How shabby we all felt when we remembered our scorn.

Sometimes things really are black and white.  Sometimes people really are doing something wrong, and it’s our obligation, within specific circumstances, to practice Christian fraternal correction:

“If thy brother shall offend against thee, go, and rebuke him between thee and him alone. If he shall hear thee, thou shalt gain thy brother” (Matthew 18:15)

But sometimes — even often — there’s more to the story.  When we are moved to give advice, even if it’s solicited, let’s remember that the human heart is a strange and tangled jungle of motivations and desires.  We keep things hidden even from our selves, and only God knows who is guilty and who is only wounded.

Come to think of it, what about that first woman I wrote about — the one who responded with guns blazing, so sure that the childless woman was sinning in her marriage?  What’s her story?  Is she happy and contented with her own  marriage?  Was her unpleasant comment pure, unprovoked aggression–or was she responding to some kind of pain in her own life?  Heck, maybe she was just having a terrible day.

God have mercy on us all, and God help us to be merciful to each other.

August 16, 2010 I'm just going to complain about my alarm clock.
Recent Comments
0 | Leave a Comment
"Can The Jerk have this space now that you're done with it? I mean, it's ..."
Josh I’m moving!
"Thank you."
JohnHoward The hardest part of being a ..."
"[It isn't wrong.]Prove it."
Proud Amelekite The hardest part of being a ..."
"Wonderful Ideas for newborn baby and their parents also, its good to give them handmade ..."
Jeff Mccoy Welcome, baby! 12 gifts that new ..."
Browse Our Archives
get the latest from
Catholic
Sign up for our newsletter
POPULAR AT PATHEOS Catholic
1 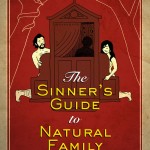 Catholic
$2.99 sale on my Kindle book!
I Have to Sit Down 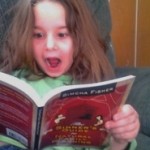 Catholic
BUY MY BOOK NOW!
I Have to Sit Down

Catholic
yelling at strangers
I Have to Sit Down