This morning, I read Dolan confirms error in Scalfari interview in the National Catholic Reporter.  It confirms that there was at least one factual error in Scalfari’s interview:  he suggests that Francis, upon hearing of his election, left the Sistine Chapel, panicked, wanted to decline, then got his head together, felt better, and went out to get dressed.  But

As veteran Italian Vatican writer Andrea Tornielli has pointed out, however, there is no room next to the balcony overlooking St. Peter’s Square, which is located in the middle of a long hallway, raising doubt about the literal accuracy of the quotation.

In any event, Dolan said, the sequence put on the pope’s lips by Scalfari is out of order.

Francis did not hesitate before accepting his election, Dolan said, although there was a moment later when he paused in prayer before stepping out onto the balcony for the “Habemus Papam” announcement.

Okay, not such a big deal, right?  We’re still weathering this huge FRANCIS CRISIS, which is going to spell DOOM AND DISASTER for everybody and everything, and the SEA LEVELS WILL RISE and there will be GIRL CARDINALS, and puppy dog cardinals, and Benedict’s name will be chiseled off all the walls, and the speaking of Latin will be punished with excommunication, and there will be dogs and cats living together, and so on.

Respected French Vatican writer Jean-Marie Guénois confirmed with Scalfari that he didn’t tape the interview, nor did he take notes, so the text was an after-the-fact reconstruction.

I’m just a teeny, two-bit, part-time writer on the very outer fringes of what could possibly be considered journalism, and even I know that this is outrageous.  Insanely irresponsible.  Something that should make people lose their jobs and all credibility forever.  Holy shit.  As my sister Devra Torres said, “So we’re commenting on a bad translation of a hazy memory in the mind of a presumably heavily biased source.”  One more thing?  Scalfari is 88 years old.  But I’m sure his memory is completely accurate.

So, I know this is a big deal.  But not for one second do I think that the Francis haters will so much as bat an eye.  We’ll get a shrug and a grimace, and they’ll continue with their self-congratulatory dirge mourning this tragic decline of the papacy.

Same with the Francis haters.  Absolutely anything you say about the man — and about the demonstrable, incontrovertable good effects of his papacy — it’s all just more evidence of bad news.  They don’t like what he says, and then they hear that he didn’t actually say it, and the response is, “I’m tired of the excuses!”  Okay.  So you’re tired of the truth?   Yeah, I thought so.

Even things that have nothing to do with him are magically attributed to his malign influence.  And when we hear about — oh, people becoming interested in the Church again . . . people asking their Catholic friends questions, because they’ve heard there’s something interesting going on in Rome . . . people considering joining RCIA, or getting their marriages regularized, or going to confession in droves . . . well, there you have it.  Proof that Francisogenic Papal Change is ruining the Church.  Because they are not the right kind of people, you see.  Their hearts aren’t having the right kind of conversion.  Their experience of the love and mercy of Christ isn’t authentic enough.  How can you be so blind?  THIS IS A CRISIS, PEOPLE.

Because if it’s not a crisis, we might have to change how we look at the world.

Well, we shall see, won’t we.  If the climate really is changing, there’s not a hell of a lot we can do about it.  If Francis really is ushering in a new era, he is the Pope, and he calls the shots.  So we’ll see what’s changing, and why, and how it all shakes out.  I’m putting my faith in the Holy Spirit.  If you’ve been paying any attention at all, you’ll know that

The wind blows wherever it pleases. You hear its sound, but you cannot tell where it comes from or where it is going.

The wind is blowing, and so far, it feels good.

October 5, 2013 I'll be on "In the Arena" Sunday the 6th
Recent Comments
91 Comments | Leave a Comment
"Can The Jerk have this space now that you're done with it? I mean, it's ..."
Josh I’m moving!
"Thank you."
JohnHoward The hardest part of being a ..."
"[It isn't wrong.]Prove it."
Proud Amelekite The hardest part of being a ..."
"Wonderful Ideas for newborn baby and their parents also, its good to give them handmade ..."
Jeff Mccoy Welcome, baby! 12 gifts that new ..."
Browse Our Archives
get the latest from
Catholic
Sign up for our newsletter
POPULAR AT PATHEOS Catholic
1

Dark Devotional: When Apologetics Fail
Sick Pilgrim
Related posts from I Have to Sit Down 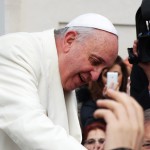 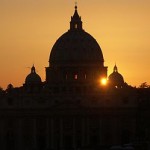 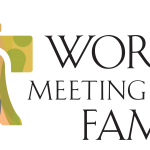 Catholic
Off to Philadelphia!
I Have to Sit Down 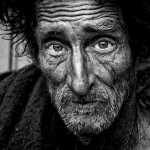