Catholics and vaccines. Oh, this is hard.

Can we live with letting our children profit through the deaths of aborted babies? I’ve had those awkward conversations with our pediatricians. At first, I explained why we were declining the MMR and chickenpox vaccines, because they use cells derived from cell lines from aborted fetuses. Later, we began accepting the vaccines, but registering our desire for ethically-derived alternatives.

Why did we make the change? We turned to the Church for guidance.  Bishop Elio Sgreccia, speaking for the Pontifical Academy for Life, said that

the Vatican had sent a two-part message to the American pro-life group. “On the one hand,” he said, “in a particular context such as that in the United States, it is licit to use these vaccines, because there are no others actually available.” The bishop explained that parents have a serious obligation to protect their children from disease whenever possible, and in doing so they are not signaling their approval for abortion.

Many parents decide that, since vaccination is not morally obligatory, they will regretfully decline the ethically troubling vaccines even though they accept their medical efficacy.  In our family, we have decided that we do have the obligation to protect both our kids, and other people who are immuno-compromised or who cannot be vaccinated for various legitimate medical reasons. We recognize that vulnerable people face the serious threat of serious disease, especially since they can rely less and less on other parents to help make those diseases rare.

This is why, after weighing the small risks against the undisputed benefits, we vaccinate. We believe that the vaccines that are currently available are both morally permissible and safe for most people, and that while no medical treatment is 100% safe or 100% effective, the benfits they offer far outweigh the small risk of harm.

You may have heard that Dr. Theresa Deisher is working on an ethically sound version of the MMR vaccine. This is wonderful news, and as soon as an ethical, effective vaccine becomes available, we’ll certainly request that for our kids.

But here is where Dr. Deisher lost me. She recently published a study once again resurrecting a putative link between austism and vaccines that use cell lines derived from cells from aborted fetuses. Her study raises three red flags:

Red flag #1: This is a clear conflict of interest. Imagine that someone says, “My studies show that product X will make your children sick. But I’ve developed product Y, which will keep your children healthy, and I’ll be selling it soon.”  What would your first thought be? Would you assume that his studies about product X are reliable and objective? Or would you take a closer look?

I do not mean that Deisher is deliberately lying to sell her product. I do mean that, when we have personal reasons for wanting something very badly, it hinders our ability to work objectively.

Red flag #2: Her study relies on an emotional response to an ethical question. Catholics everywhere are accepting her study as Gospel truth. Why? Her theory has a special appeal for Catholics who feel a natural horror at the idea of profiting through the death of innocents. It seems only logical and just that we should suffer physically if we cooperate, even remotely, with something so dreadful as abortion. It seems like God and nature should cooperate to punish people who, in effect, rob graves for their own health.

But that’s not how it works — not medically, and not theologically. This argument — that sin always leads directly to physical suffering — is a red herring. Hundreds of the medical cures we rely on every day came from unethical sources. That is how the world works: sometimes bad actions lead to suffering, sometimes they don’t. We may not like it, but we cannot deny it. Show me an effective alternative, and I’ll use it with gratitude. But don’t tell me that God will not allow us to make good come out of evil.

Red flag #3 (the big one):   The science is just plain bad. For a short, clear, accessible explanation that helps us understand why Deisher’s study is no scientific bombshell, read this response from the Rational Catholic Blog.

Parents do not recognize the symptoms of autism until a child is a few months old, and they assume that these symptoms are caused by the vaccine their child just received. But a trained doctor can spot signs of autism in newborns, long before these symptoms are obvious to laymen. There are myriad markers of austism in newborns, in unborn children, and even in their placentas.  How could these be caused by a vaccine administered after birth?

Deisher commits the cardinal sin of scientific research: she confuses correlation with causation. There is even some question whether even the correlation she posits actually exists.

This is bad science.

I applaud her efforts to find an ethical alternative to current vaccines, I do not doubt that her motives are good, and I hope and pray that she or someone else will develop one soon.

But if we are going to hesitate over any vaccine, let it be for medically and theologically sound reasons. Dr. Deisher has not provided either. Her study displays a conflict of interest; it banks on an emotional response to an ethical question; and most damningly, it relies on heavily flawed science. Catholics should keep their eyes open for other scientists whose research is sound. 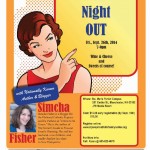 September 10, 2014
I'll be speaking in Manchester, NH in a few weeks
Next Post 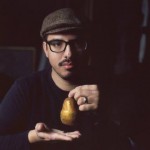 September 11, 2014 Sam Rocha sings . . . Augustinian Soul? (an interview with Sam)
Recent Comments
253 Comments | Leave a Comment
"Can The Jerk have this space now that you're done with it? I mean, it's ..."
Josh I’m moving!
"Thank you."
JohnHoward The hardest part of being a ..."
"[It isn't wrong.]Prove it."
Proud Amelekite The hardest part of being a ..."
"Wonderful Ideas for newborn baby and their parents also, its good to give them handmade ..."
Jeff Mccoy Welcome, baby! 12 gifts that new ..."
Browse Our Archives
get the latest from
Catholic
Sign up for our newsletter
POPULAR AT PATHEOS Catholic
1