I’m tired of hearing that everything crappy is feminized.

I’m tired of hearing that everything crappy is feminized. January 9, 2015 Simcha Fisher 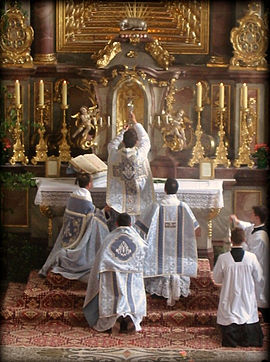 photo by the Priestly Fraternity of Saint Peter, available from http://fssp.org

What did Cardinal Burke actually say about the feminization of the Church? I still haven’t read it, but I’m guessing it’s like a lot of what he says: true and necessary, but expressed in a frustratingly tone-deaf way that is more or less guaranteed to encourage argy bargy. Sorry, but that does seem to be his specialty. So I haven’t read it, because I already have my own opinions about the priest shortage and about altar girls, which I will save for another post.

What I have read is a lot of the commentary on what he said, and the response seems to fall into two categories:

(a) What a load of misogynist  crap! Any man who feels threatened by femininity has pee pee problems, and is just looking to pin his inferiority complex and his likely impotence on anything with a vagina.

(b) Yeah! You show those feminazis! Every time I go to Mass and see the altar crawling with women, I want to puke. My Catholicism is strong and muscular, and my wife and daughter know better than to even think of getting in between me and God.

(c) Har har, Burke really tips his hand when he turns up all decked out in silk and lace and poofy hats. Looks like Mr. Manly Man is overdue for a trip to the therapist for his . . . predilections.

I’ll address (c) first — the jeering at Burke for his lacy vestments.  I am really uncomfortable with mocking or criticizing clergy who have a taste for old, traditional clothing and ceremonies and elaborate liturgical gestures. These things look different to modern eyes, and to me, they often look silly; but they were clearly never intended to be femme.

They were intended, as far as I know, to set the priest, and what happens at the altar, apart from everyday, practical things — much like the royal robes of a king or queen. I assume that, to many people, including Cardinal Burke, this is what they still suggest. I wish we could talk about what is wrong with the macho man version of Catholicism without implying that these guys are all secretly gay.

Now for the question of whether or not the Church has become too feminine. I believe that the people who say (a) (“Women rule! Boys drool!”) and (b) (“The Church needs women like a fine restaurant needs cockroaches!”) are both making the same mistake, at least in regards to what has gone awry in the Church:

I am awfully, awfully tired of hearing that bad theology, bad music, bad dancing, and bad felt banners are feminine. I’m a honest to goodness woman, and I find that shit just as offensive and off-putting as men do. Men and women are equal in the eyes of the Church. Men and women have different gifts to offer, and the Church has different gifts to offer to men and women. We ought to be able to talk about what does and does not belong in the Mass without pitting men and women against each other, or reducing each other (or ourselves!) to offensive stereotypes of masculinity and femininity. 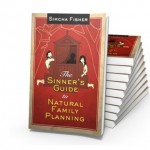 January 11, 2015 Hooray, I wrote a bizarre book that should have been stopped!
Recent Comments
107 Comments | Leave a Comment
"Can The Jerk have this space now that you're done with it? I mean, it's ..."
Josh I’m moving!
"Thank you."
JohnHoward The hardest part of being a ..."
"[It isn't wrong.]Prove it."
Proud Amelekite The hardest part of being a ..."
"Wonderful Ideas for newborn baby and their parents also, its good to give them handmade ..."
Jeff Mccoy Welcome, baby! 12 gifts that new ..."
Browse Our Archives
get the latest from
Catholic
Sign up for our newsletter
POPULAR AT PATHEOS Catholic
1