LGBTQ Affirmation and the Parable of the Mustard Seed

LGBTQ Affirmation and the Parable of the Mustard Seed December 11, 2019 Herb Montgomery 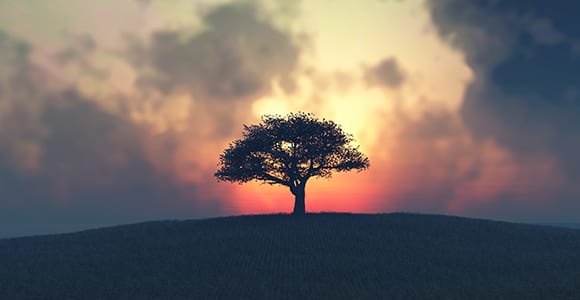 In both Luke and Matthew’s gospel we read the parable fo the mustard seed:

In the 1st Century, mustard seeds were considered an invasive, noxious weed. If a gardener did not uproot it from their garden, they’d soon not have a garden left to tend. Then, as now, weeds should be rooted out lest they take over, crowding out crops that are intentionally planted there.

Yet mustard seeds don’t actually grow into trees. The image of a weed growing into a tree that benefits those around it means that we’ve classified as a weed something that is actually a fruit-bearing tree.

Let me say it again for clarity. Mustard plants don’t grow into trees. If what we have labeled as “mustard” grows into a tree, it’s not mustard weed. We’ve made a mistake. It’s something entirely different from mustard.

The parable of the mustard seed likens Jesus’ new community of nonviolence, mutual aid, and resource redistribution to a tree that is originally seen as a weed. In other words, the way 1st Century farmers viewed the mustard plant was the way people viewed Jesus’s teachings and the community of Jesus-followers centered in those teachings. Their existence was to be rooted out. They were as welcome as the weed.

But then Jesus’s parable takes a hard right turn. What the people think is a noxious mustard weed doesn’t produce the same results as mustard. It doesn’t take over the garden like a weed and leave nothing for anyone. No, it becomes a tree, a source of shelter and food for all in its vicinity! It’s originally viewed as a weed, but it does not bear the same fruit as a weed.

The image Jesus uses for his community, the tree is mistaken for a weed, is from a story in the Hebrew apocalyptic book of Daniel. In Daniel, Nebuchadnezzar’s kingdom was likened to a fruit tree that provided food, a resting place, and shelter to all.

“The tree you saw, which grew large and strong, with its top touching the sky, visible to the whole earth, with beautiful leaves and abundant fruit, providing food for all, giving shelter to the wild animals, and having nesting places in its branches for the birds, Your Majesty, you are that tree!” (Daniel 4:20-22)

The mustard seed parable takes this imagery as a message: “You’re working so hard to keep me out of your garden as if I’m a mustard weed and are trying to uproot me completely, but you have misjudged me. My fruit is not harmful, but life and peace and good for all.”

The parable isn’t saying all weeds should be welcomed in the garden, that we shouldn’t weed, or that all weeds are good now. It’s asking us to check our assumptions about what we have classified as weeds. What if we’ve made a mistake? What if you’ve judged something to be a harmful weed, but that judgment is quite incorrect?

Jesus’s society was beginning to view his teachings on nonviolent resistance and wealth redistribution as a weed that must be removed. And so his saying called them to see their judgment as a mistake. What Jesus was teaching could lead to peace and liberation rooted in an expression of distributive justice for all. What the people viewed as a weed to be rooted out was actually a tree of life.

I get letters from time to time asking me to explain how on earth I can be a Jesus follower and affirm the LGBTQ community. These writers typically use misinformed language such as “lifestyle” when they are actually referring to same-sex intimacy. They are often also profoundly certain about how clear the Bible’s teachings are, and they compare my LGBTQ friends with “adulterers,” “fornicators,” “alcoholics,” “drug abusers,” and “child-molesters.” And they want me to explain to them how I could affirm LGBTQ people in their allegedly “sinful behaviors.”

One of my lesbian friends is a more devoted Christian than I am. She has been with her wife for over twenty years, and I admire their commitment to each other.  She is a teetotaler: no tea or coffee, much less drugs, and alcohol. To even place my friends in the same category as abusers is offensive.

Let me be clear. This week’s saying is not calling its audience to embrace weeds but to question their classification of a tree as a weed. Similarly, the call to affirm, embrace, and include LGBTQ Christians in the church is not a call to affirm things that are intrinsically harmful. Rather it should help us recognize that the LGBTQ community does not deserve to be on that “harmful” list in the first place.

There are two lists in the New Testament that my letter writers often mention:

1 Timothy 1:9-11(ESV): Understanding this, that the law is not laid down for the just but for the lawless and disobedient, for the ungodly and sinners, for the unholy and profane, for those who strike their fathers and mothers, for murderers, the sexually immoral, men who practice homosexuality [arsenokoitai], enslavers, liars, perjurers, and whatever else is contrary to sound doctrine, in accordance with the gospel of the glory of the blessed God with which I have been entrusted. (Emphasis added.)

The question I want us to consider is whether the modern phrase “men who practice homosexuality” is the most accurate translation of the ancient Greek word arsenokoitai. It isn’t. In English, the category “homosexuality” wasn’t even used until 1886. And the word wasn’t inserted into any English translations of the Bible for another 60 years after that (1946). There were several English language Bibles before 1946. Yet none of them used the word “homosexuality” or euphemisms for it. The Greek used when the New Testament was written included multiple terms for same-sex sexual activities, and those terms never appear in the New Testament. Instead, we find the extremely rare and quite specific term arsenokoitai.

“The most likely explanation is that Paul is referring to a practice that was fairly common in the Greek culture of his day — married men who had sex with male youths on the side. The extramarital relationships of men with boys in ancient Greece are infamous even today. Archaeological and literary evidence proves that these relationships were common for centuries in Greece, though they were frowned upon by many even while they were publicly practiced. This would make a perfect target for Paul’s vice lists, and it would explain why, in both lists, he mentions the sin of the arsenokoitai separately after he mentions adultery — because technically, by Greek thought, having a boy on the side wasn’t adultery.” (http://geekyjustin.com/great-debate/)

What many scholars today agree on is that these two passages are referring to the then-common practice of pederasty, not to what we now know as homosexuality. Using the term homosexuality is not accurate.

Consider how the passages would read if we were more careful with our translations:

1 Timothy 1:9-11(ESV): “Understanding this, that the law is not laid down for the just but for the lawless and disobedient, for the ungodly and sinners, for the unholy and profane, for those who strike their fathers and mothers, for murderers, the sexually immoral, men who practice pederasty [arsenokoitai], enslavers, liars, perjurers, and whatever else is contrary to sound doctrine, in accordance with the gospel of the glory of the blessed God with which I have been entrusted.” (Emphasis added.)

For more on the other passages in the Christian scriptures typically used in this debate, see our Calling Good Evil (Part 1 of 5)

The parable of the mustard seed isn’t a call to let one’s garden be overrun by weeds, and, yes, the vices in Paul’s lists are weeds. This week’s saying challenges the misclassification of Jesus’s movement as a weed that must be rooted out. We could learn a lot about what it’s like to be misclassified by listening to LGBTQ people and others whom the Christian community has misclassified and tried to root out.

We have misclassified as a weed something that produces good fruit and doesn’t look like a weed at all. In fact, it’s our misclassifying the LGBTQ community on this list that’s producing noxious weed-like results. It’s at the root of the disproportionate homelessness and suicide rates among Christian LGBTQ youth rejected by their religious families and churches. The fruit of our recent translations and misclassification of LGBTQ people is not life, but quite literally death.

Here are just a few of the lessons I have learned as I’ve listened to the LGBTQ community:

This last one is vital. The debate over LGBTQ people is really a disagreement over whether LGBTQ people should exist, live openly, and form families in our communities. The lists in Paul’s writings are lists of behaviors that can be changed. Sexual orientation is much more like a person’s skin color than their actions. It’s not something to be changed; it’s who people are. Reparative therapy, however, is an attempt to weed out a certain type of person—an LGBTQ person—from existence. Ultimately, it’s a form of genocide.

Learning to listen to those who are not like you as they share the harm that has been done to them through misclassification offers you the opportunity to make a choice between compassion or fear. I remember a statement that Justin Lee once made during a presentation I was listening to. He likened straight, cisgender people’s emotional response to LGBTQ folks to the emotional response one might make to the statement, “Aliens have landed.” It all depends on whether you grew up watching the movie E.T. or War of the Worlds. Differences can be scary, but they don’t have to be. Remember, although we have differences, there is much we have in common, too. Those who are different from you are also someone’s child. They are someone’s sibling. They are someone’s best friend. Remember to breathe. And choose compassion.

Have you ever been misjudged or misclassified?  The mustard seed that was considered a noxious weed actually grew into a tree, providing “shelter” and “nesting places in its branches for the birds.”

“Even when people call your truth a lie, tell it anyway. Tell it anyway.” (Journey to Liberation: The Legacy of Womanist Theology) 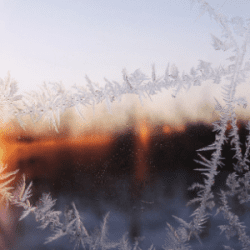