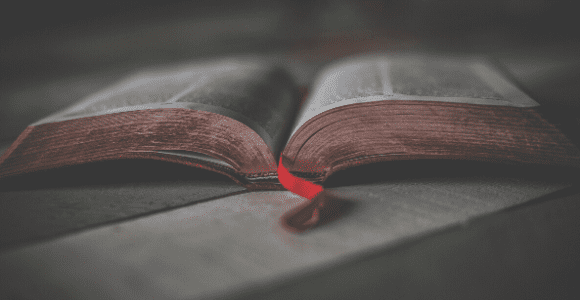 In Matthew’s gospel we read:

“Do not think that I have come to abolish the Law or the Prophets; I have not come to abolish them but to fulfill them. For truly I tell you, until heaven and earth disappear, not the smallest letter, not the least stroke of a pen, will by any means disappear from the Law until everything is accomplished.” (Matthew 5:17-18, cf. Luke 16:17)

Here we see Jesus’s Jewishness. We see a Jesus who holds the Torah in high regard. For him, the Torah is eternal. The Jesus of this passage is not teaching a new religion or trying to replace a current one. This Jewish Jesus is offering an interpretation of the Torah that includes a preferential option for the poor, the disenfranchised, and the marginalized.

Jesus’s interpretation contrasted with the elites in Jerusalem, and also differed from the populist Pharisees’ interpretation. The Pharisees opened the privilege of adhering to the Torah’s purity codes to a wider social group but still left themselves in the position to control who was centered and who was pushed the margins. Jesus didn’t withdrawal from society and politics like the Essenes, nor did he champion raising the sword in revolt like other Judean Messiah figures during the first half of the 1st Century. His interpretation stood out from all of these.

Jesus’s interpretation of the Torah centered those on the edges of his society and invited them to be seated too alongside others at a shared table. Some have labeled him as radical; others as simply compassionate and just in the tradition of the Hebrew prophets. For our purposes this week, we can say that, at minimum, it was still Jewish and the Torah was still central. His teachings appealed to the poor and outcast because he was interpreting the Torah, not because he offered something novel to replace the Torah.

Luke’s version of the above passage reassured those who were suffering violence because they followed Jesus’s interpretation and social vision. You can read about that here.

Matthew’s version is quite different from Luke’s. Luke’s gospel explained how what began as a Jewish movement of the lower class became so populated by Gentiles from the middle and upper classes. Matthew’s gospel, on the other hand, corrects many of the mistakes Mark’s gospel makes about Jewish culture, which leads many scholars to believe Mark’s gospel was primarily for lower-class Gentile followers of Jesus. Matthew’s version of the saying is about completion and assures the community that Jesus had not come to supersede the Torah. Two words in the saying that help us understand this are “fulfill” and “accomplished.” Let’s look at both.

The Greek word translated as fulfill is pleroo. Pleroo means to fill to the full like a 1st Century fishing net full of fish or to level up a hollow place in the ground by filling it with dirt. It means to fill to the very top, to the brim. It’s as if Jesus is saying that contemporary interpretations of the Torah were leaving gaps and weren’t full. Some parts of the Torah made provisions for the poor, that Pharisaical teachings negated. These were hollow places in their caretaking, hollow places that Jesus claimed to be filling up. With Jesus, those being kept on the margins, even by the Pharisees’ interpretations, were to be welcomed, affirmed and included. They were valuable. They, too, were the children of Abraham (cf. Luke 19:9).

The second word is translated as accomplished is ginomai. Ginomai carries with it the idea of becoming: something comes into existence or onto the stage; something appears in public. I hear Jesus saying that his interpretation is not a destruction of the Torah, but simply an interpretation coming onto the stage that sought to re-prioritize the poor and socially vulnerable.

This is rich teaching for us today.

Not all of the vulnerable sectors of 1st Century Jewish society were addressed by the Torah’s provisions, or even by the teachings of Jesus. I believe we must build on Jesus’s work and include those who today should also be affirmed and valued.

Who is vulnerable among us today? What does it mean to stand with the vulnerable? For Christians today, advocating for the vulnerable is sometimes met with the accusation that we are ignoring, throwing out, or contradicting the Bible. White Christians in antebellum America placed before Christian abolitionists the false choice of holding onto their abolitionism or holding onto the scriptures. Sternly those Christians told abolitionists that they could not continue to hold both. My own faith tradition still struggles to recognize women have equal status as men. Those institutions who are for ordaining women ministers are being given the same ultimatum: “the scriptures or the ordination of women,” it is said, “you can’t hold on to both.” I also know something about this. I still receive emails from those concerned by my and RHM’s affirmation, welcome, and inclusion of our LGBTQ siblings. These Christians have claimed that we have “abandoned the clear teachings of the Bible.”

For those who feel like they must choose between people’s well being and fidelity to a sacred text, that’s not the choice at all. You may have to let go of destructive interpretations of your sacred text. You may have to let go of the way you have viewed your sacred text. But you can still be an affirming Christian and hold your sacred text in a way that understands that text that affirms people. Choose people. Value people. When you do, you’ll see you aren’t destroying your text, but interpreting it in a way that, like Jesus and the Torah, includes those who are presently being harmed.

In the context of working alongside the vulnerable and advocating for their rights, a verse that Jesus would have grown up hearing read in the synagogues is:

“Speak up for those who cannot speak for themselves, for the rights of all who are destitute.” Proverbs 31:8

I would add today that many of those who can speak up for themselves are speaking up, so add your voice to theirs. The work of reclaiming your own humanity is bound up with theirs. Speak up in tangible, concrete ways. I’m reminded of the words of Dr. Martin Luther King, Jr. here:

“The other myth that gets around is the idea that legislation cannot really solve the problem and that it has no great role to play in this period of social change because you’ve got to change the heart and you can’t change the heart through legislation. You can’t legislate morals. The job must be done through education and religion. Well, there’s half-truth involved here. Certainly, if the problem is to be solved then in the final sense, hearts must be changed. Religion and education must play a great role in changing the heart. But we must go on to say that while it may be true that morality cannot be legislated, behavior can be regulated. It may be true that the law cannot change the heart but it can restrain the heartless. It may be true that the law cannot make a man love me but it can keep him from lynching me and I think that is pretty important, also. So there is a need for executive orders. There is a need for judicial decrees. There is a need for civil rights legislation on the local scale within states and on the national scale from the federal government.” (Western Michigan University, December 18, 1963)

Social location matters. Some people can’t afford to wait for an inside-out approach, for a future kingdom or new social order. Some people are dying now.

Change happens from the outside in, not from the center, but from the edges or margins inward. The same is true for people. It took people outside of me to change me. Spiritual disciplines and community rituals also shape people over time. The gospels portray a Jesus who gave his listeners a list of practices that would change the way they saw, thought, and felt about themselves and the others with whom they shared their world.

Sam Wells, in the introduction of Ched Myers’ Binding the Strong Man, draws a line in the sand:

“We seem to have picked up the idea that holiness is a trance-like sense of peace and well-being in relation to those all around, an experience of floating on a magic carpet of tranquility. Wherever that picture of holiness came from, it certainly wasn’t Mark’s Gospel. Jesus is constantly having heated debates with everyone who held Israel in check. The one thing everyone seems to agree on today is that there’s plenty wrong with the world. There are only two responses to this—either go and put it right yourself or, if you can’t, make life pretty uncomfortable for those who can until they do. When we take stock of our relationship with the powerful, we ask ourselves, ‘Does the shape of my life reflect my longing to see God set people free, and do I challenge those who keep others in slavery?’”

How do we, in the short term, make life uncomfortable for those who can change things until they do? One way to do that is by connecting with your elected officials. Find out the name and phone number of the following and write them down:

If contacting your representatives is new to you, start out by making one phone call a week. Then graduate to two or three.

If you can put something right yourself, then, by all means, take action and do so. If you do not have the power to change much larger systems that perpetuate injustice, take stock of your relationship with those in power and make their life pretty uncomfortable until they make those changes. Stand in solidarity with those on the edges and undersides of society. Reclaim your own humanity by working alongside those engaging the work of reclaiming theirs.

Where you are, keep living in love. Keep engaging the work of survival, resistance, liberation, reparation, and transformation. Change is possible. The moral arc of the universe can bend toward justice is we choose to bend it that way.

February 7, 2020
Exclusion and the Refusal of the Older Brother
Next Post

February 12, 2020 The Patriarchy, Justice, and Jesus’ Misunderstood Teachings on Divorce
Browse Our Archives
get the latest from
Social Jesus
Sign up for our newsletter
POPULAR AT PATHEOS Progressive Christian
1