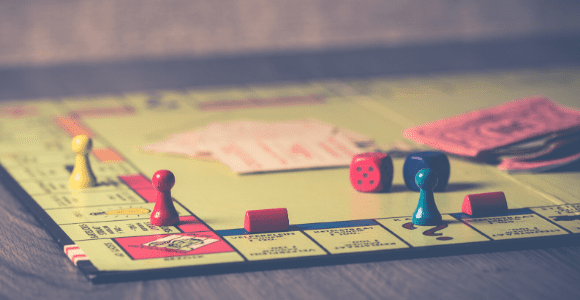 “No one can serve two masters. Either you will hate the one and love the other, or you will be devoted to the one and despise the other. You cannot serve both God and money.” (Matthew 6:24, cf. Luke 16:13)

Jesus taught a gospel that was “easy” to hear for laborers who were weary and heavy-laden (Matthew 11:28-30). It was “hard” to hear and practice for those who were “rich” or wealthy. (Matthew 19:23) When it came to God and wealth, Jesus’s message was you can’t serve both. Why? Because the God that Jesus envisioned and asked others to envision was a God who caused the rain to fall and the sun to shine with equity on everyone.

Jesus cast a moral vision of a world where we don’t compete with one another, but rather cooperate with and help one another. It’s a world where people are valued over profit, property, power, and privilege. Jesus’s vision was of a world where people take responsibility for taking care of one another, and our resources are shared as we mutually aid each other. Jesus preached a radical wealth redistribution from the haves to the have-nots (Matthew 19:21). Not everyone would be poor. The goal was “equity,” for no one to have too much while there were those who did not have enough (cf. 2 Corinthians 8:13). The Jesus of the synoptic gospels did not teach a contemplative path toward privatized peace of mind. He taught a distributively just path toward peace on earth. On his path, we recognize the reality that we are in this together. We are not each our own. We are not alone here. We are connected. We belong to each other. We are part of one another. We not only share each other’s fate; we are each other’s fate.

A quotation often attributed to Gandhi is, “The world has enough for everyone’s need, but not enough for everyone’s greed.” There is truth in this. Whenever we serve wealth, whenever we try to hoard more than we could ever possibly need, most often someone somewhere will be going without or being exploited so we can have that surplus. You can’t serve both the accumulation of wealth and God too, because the God Jesus was referring to is a God who tells us to take care of people including those who would be exploited for you to accumulate. The bottom line is not our profit, but people, and taking care of people most often eats away at least at some of our profits.

Jesus’s ethic is not capitalist. In a capitalist system, the goal is to create as much capital as one can. The game is won by those who are able to create the most capital and use it to create more, just as in the game Monopoly. Jesus, instead, asks us to lift all boats together, rather than lift one or a few boats while others sink. His world is not a closed-end, win-lose world, but a world that is win-win. We all thrive together and no one is left out. Every person matters and even our competitors or enemies are not disposable.

Edward Abby defines growth purely for “growth’s sake” as the “ideology of the cancer cell.” (Desert Solitaire, p. 114). If he’s right, this could mean that capitalism itself is a cancer for the global poor as well as our global environment. The wealthiest capitalist countries on the planet also have the largest disparities of wealth and inequality and all the harmful, intrinsic results for society that such inequality brings.

In the passage above, Jesus juxtaposed people and wealth. He did not teach that the way to help people is to make as much money as one can. He put the pursuit of wealth and the welfare of people in opposition: you can only pursue one or the other, but you cannot do both. This strikes at the core of differences between charity and justice.

To be clear, I think both charity and justice work are necessary. As retired Episcopal Bishop Gene Robinson accurately stated, “There‘s an old saying that the church is pretty good at pulling drowning people out of a river. You know, we‘re good at the charity thing.

But what we need to do is to walk back upstream and figure out who‘s throwing them in, in the first place.”

Pursuing wealth in order to help people often leaves the system unchanged. Charity can be vital for the short term. But too often it leaves systemic injustice unchallenged. It’s easy to feed the homeless without asking why people lose their homes, to begin with. Our work must go beyond charity to include justice work, the work of challenging, disrupting, and changing the systemic causes of injustice.

In James M. Robinson’s The Gospel of Jesus, Robinson endeavors to rediscover what could have been the first gospel that the first Jesus-followers might have heard. This passage from his book is long, but it relates to our above passage:

“By using the ‘kingdom of God,’ Jesus put his ideal for society in an antithetical relation both to other political and social systems and to individual self-interest (‘looking out for number one’). The human dilemma is, in large part, that we are each other’s fate. We become the tool of evil that ruins another person as we look out for ourselves, having long abandoned any youthful idealism we might once have cherished. But if we each would cease and desist from pushing the other down to keep ourselves up, then the vicious cycle would be broken. Society would become mutually supportive rather than self-destructive. This is what Jesus was up to. Jesus’ message was simple, for he wanted to cut straight through to the point: trust God to look out for you by providing people who will care for you, and listen to him when he calls on you to provide for them. God is somebody you can trust, so give it a try. Jesus found his role models for such godly living in the world of nature around him. Ravens and lilies do not seem to focus their attention on satisfying their own needs in order to survive, and yet God sees to it that they prosper. Sparrows are sold a dime a dozen and, one might say, who cares? God cares! Even about the tiniest things—he knows exactly how many hairs are on your head! So God will not give a stone when asked for bread or a snake when asked for fish, but can be counted on to give what you really need. You can trust him to know what you need even before you ask. This utopian vision of a caring God was the core of what Jesus had to say and what he himself put into practice. It was both good news—reassurance that in your actual experience good would happen to mitigate your plight—and the call upon you to do that same good toward others in actual practice. This radical trust in and responsiveness to God is what makes society function as God’s society. This was, for Jesus, what faith and discipleship were all about. As a result, nothing else had a right to claim any functional relationship to him. Put in language derived from his sayings: I am hungry because you hoard food. You are cold because I hoard clothing. Our dilemma is that we all hoard supplies in our backpacks and put our trust in our wallets! Such “security” should be replaced by God reigning, which means both what I trust God to do (to activate you to share food with me) and what I hear God telling me to do (to share clothes with you). We should not carry money while bypassing the poor or wear a backpack with extra clothes and food while ignoring the cold and hungry lying in the gutter. This is why the beggars, the hungry, the depressed are fortunate: God, that is, those in whom God rules, those who hearken to God, will care for them. The needy are called upon to trust that God’s reigning is there for them, ‘Theirs is the kingdom of God.’” (Robinson, James M.. The Gospel of Jesus: A Historical Search for the Original Good News, Kindle Locations 64-77, emphasis added.)

I agree with Robinson. Jesus’ vision for the world was one where people took care of people. It was a call not to rest your peace of mind about the future in hoarded wealth. When we have to choose between more wealth or people, Jesus called us to choose people. Jesus called his followers to build a community where we trust God to send people who will take care of us if we come into a place of need tomorrow, and be the one God is sending today to take care of those among us in need right now.

I want you to do something out of the ordinary. Most people are familiar with the game Monopoly. Monopoly is a game played as a “fun” way to demonstrate the benefits of an economy that rewards wealth creation and the pursuit of capital. Get a version of this game and sit down and play the game for 30 minutes. At the thirty-minute mark, I want you to change the rules. Take Jesus’s teachings on mutual aid, resource-sharing, and wealth redistribution, and try and play the game based on these teachings. What challenges do you run into with the new rules? How do you overcome those challenges? How does the goal of the game change? Can you change the rules enough so that it’s possible for everyone to thrive? Share what jumps out most to you by this exercise with the rest of those you’re playing with.

February 5, 2020 Push Back from the Establishment
Browse Our Archives
get the latest from
Social Jesus
Sign up for our newsletter
POPULAR AT PATHEOS Progressive Christian
1