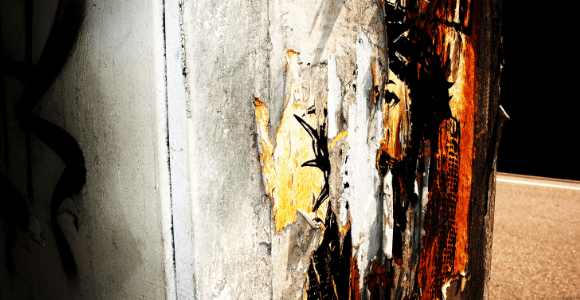 What I want you to ponder this week is what it must have meant for the non-normative eunuchs of Jesus’ day to be embraced by him and be called his new community. Just imagine it: even though there were passages in their sacred text that both excluded and later included them in the “assembly of God,” they were not merely accepted by Jesus but he had actually chosen to live as one of them. This non-normative Jesus chose to live as a eunuch, as an adult Hebrew male and rabbi who refused to marry and have children. This Jesus chose to stand in solidarity with a group considered non-normative in his day.

It is no accident that the first individual baptism story in the Book of Acts is that of an Ethiopian eunuch, a person who early Hebrew law would have excluded from religious assemblies. The author of the book of Acts is intentionally communicating when they begin Acts’ many baptism narratives with this special baptism.

He commanded the chariot to stop, and both of them, Philip and the eunuch, went down into the water, and Philip baptized him. (Acts 8:38)

Societies today, ours included, can still be divided into the normative/majority and the non-normative/minority. There may always be a majority and a minority, but we don’t have to “other” fellow members of our human family because of our differences. When those considered socially constructed as “normative” fail to recognize those considered “non-normative” as their siblings, just as much belonging to the richly diverse human family, and every bit as deserving of a place at Jesus’ table, something monstrously un-Jesus-like is being perpetuated, something very different from Jesus’ example. When the majority weds itself to exclusivity, it excludes the non-normative and produces an oppressed minority. Preserving normativity then becomes a moral concern for purity and, in the name of “standing up for what is right,” the non-normative minority will always be objectified, dehumanized, and degraded. This is exactly the opposite of what we see the non-normative Jesus doing with the eunuchs of his day.

Brock and Parker remind us how this ties into our justice work today:

The work of justice requires paying attention to how difference is used to justify oppression. It employs astute awareness of how oppressive systems grant privilege and seek to protect it at all costs. It engages those who have privilege in challenging systems from which they benefit, not just helping those “less fortunate.” (Saving Paradise: How Christianity Traded Love of This World for Crucifixion and Empire, p.396)

What does it mean for Jesus’ followers to embrace those othered in religious and secular society and therefore oppressed, today?

October 13, 2020 A Cautionary Tale for Society (Part 1 of 3)
Browse Our Archives
get the latest from
Social Jesus
Sign up for our newsletter
POPULAR AT PATHEOS Progressive Christian
1

Eight Lessons and Blessings From COVID
It's time we recognize the multiple lessons and blessings from Covid. From...
view all Progressive Christian blogs
Copyright 2008-2020, Patheos. All rights reserved.