A Community of Dependence and Connectedness (Part 1 of 3) 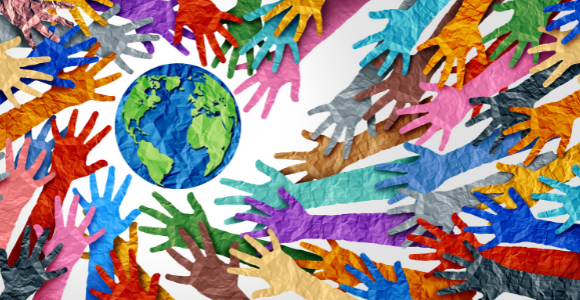 Our reading this week is from the gospel of Mark

Jesus left there and went to his hometown, accompanied by his disciples. When the Sabbath came, he began to teach in the synagogue, and many who heard him were amazed. “Where did this man get these things?” they asked. “What’s this wisdom that has been given him? What are these remarkable miracles he is performing? Isn’t this the carpenter? Isn’t this Mary’s son and the brother of James, Joseph, Judas and Simon? Aren’t his sisters here with us?” And they took offense at him. Jesus said to them, “A prophet is not without honor except in his own town, among his relatives and in his own home.” He could not do any miracles there, except lay his hands on a few sick people and heal them. He was amazed at their lack of faith.

Then Jesus went around teaching from village to village. Calling the Twelve to him, he began to send them out two by two and gave them authority over impure spirits. These were his instructions: “Take nothing for the journey except a staff—no bread, no bag, no money in your belts. Wear sandals but not an extra shirt. Whenever you enter a house, stay there until you leave that town. And if any place will not welcome you or listen to you, leave that place and shake the dust off your feet as a testimony against them.” They went out and preached that people should repent. They drove out many demons and anointed many sick people with oil and healed them. (Mark 6:1-13)

This is one of my favorite sections in Mark’s gospel because it lays out a life-giving value of communities throughout human existence: our interdependence. Stephen Patterson explains in his book The Lost Way: How Two Forgotten Gospels Are Rewriting the Story of Christian Origins:

“What does it actually mean for the empire of God to come? It begins with a knock at the door. On the stoop stand two itinerant beggars, with no purse, no knapsack, no shoes, no staff. They are so ill-equipped that they must cast their fate before the feet of a would-be host. This is a point often made by historical Jesus scholar John Dominic Crossan. These Q folk are sort of like ancient Cynics, but their goal is not the Cynic goal of self-sufficiency; these itinerants are set only for dependency. To survive they must reach out to other human beings. They offer them peace—this is how the empire arrives. And if their peace is accepted, they eat and drink—this is how the empire of God is consummated, in table fellowship. Then another tradition is tacked on, beginning with the words ‘Whenever you enter a town.’ This is perhaps the older part of the tradition, for this, and only this, also has a parallel in the Gospel of Thomas (14). There is also an echo of it in Paul’s letter known as 1 Corinthians (10: 27). Here, as in the first tradition, the itinerants are instructed, ‘Eat what is set before you.’ Again, the first move is to ask. The empire comes when someone receives food from another. But then something is offered in return: care for the sick. The empire of God here involves an exchange: food for care.” (Stephen Patterson, The Lost Way: How Two Forgotten Gospels Are Rewriting the Story of Christian Origins, p. 74-75)

Our context is American capitalistic individualism and independence. We’ll begin to consider the implications of the above for us, next.

June 30, 2021 A Community of Dependence and Connectedness (Part 2 of 3)
Browse Our Archives
Related posts from Social Jesus 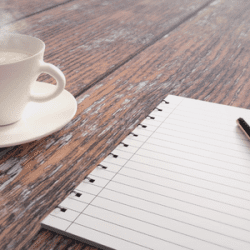