Speaking Truth to Those in Power (Part 1 of 3) 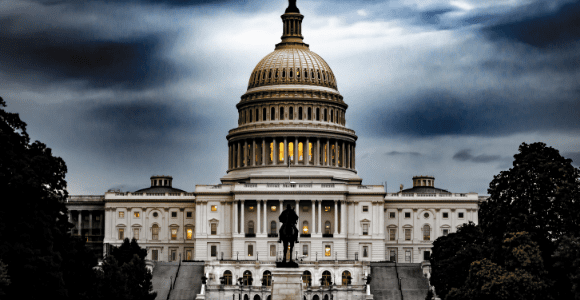 Our reading this week is from the gospel of Mark:

King Herod heard about this, for Jesus’ name had become well known. Some were saying, “John the Baptist has been raised from the dead, and that is why miraculous powers are at work in him.” Others said, “He is Elijah.” And still others claimed, “He is a prophet, like one of the prophets of long ago.” But when Herod heard this, he said, “John, whom I beheaded, has been raised from the dead!” For Herod himself had given orders to have John arrested, and he had him bound and put in prison. He did this because of Herodias, his brother Philip’s wife, whom he had married. For John had been saying to Herod, “It is not lawful for you to have your brother’s wife.” So Herodias nursed a grudge against John and wanted to kill him. But she was not able to, because Herod feared John and protected him, knowing him to be a righteous and holy man. When Herod heard John, he was greatly puzzled; yet he liked to listen to him. Finally the opportune time came. On his birthday Herod gave a banquet for his high officials and military commanders and the leading men of Galilee. When the daughter of Herodias came in and danced, she pleased Herod and his dinner guests. The king said to the girl, “Ask me for anything you want, and I’ll give it to you.” And he promised her with an oath, “Whatever you ask I will give you, up to half my kingdom.” She went out and said to her mother, “What shall I ask for?” “The head of John the Baptist,” she answered. At once the girl hurried in to the king with the request: “I want you to give me right now the head of John the Baptist on a platter.” The king was greatly distressed, but because of his oaths and his dinner guests, he did not want to refuse her. So he immediately sent an executioner with orders to bring John’s head. The man went, beheaded John in the prison, and brought back his head on a platter. He presented it to the girl, and she gave it to her mother. On hearing of this, John’s disciples came and took his body and laid it in a tomb. (Mark 6.14-29)

The parts of this story corroborated by extrabiblical sources are that John the Baptist was arrested and ultimately executed by Herod the tetrarch (son of Herod the Great). One reason could very well have been John’s outspoken criticism of Herod’s second marriage to Herodias. Herod was first married to a Nabatean princess. Herod threw that marriage away to marry Herodias, who was the wife of another Herod. We now know from historical records that the gospel of Mark records the detail about Herodias’ first husband incorrect, though. Herodias was never married to Herod’s brother Philip. Regardless, John may have been criticizing the way in which Herod took Herodias as his second wife.

In Jewish Antiquities, Josephus doesn’t mention Herod’s marriage as the reason for John’s death, but focuses instead on John’s popularity with the crowd and thus his power over the masses:

“Now many people came in crowds to him, for they were greatly moved by his words. Herod, who feared that the great influence John had over the masses might put them into his power and enable him to raise a rebellion (for they seemed ready to do anything he should advise), thought it best to put him to death. In this way, he might prevent any mischief John might cause, and not bring himself into difficulties by sparing a man who might make him repent of it when it would be too late. Accordingly John was sent as a prisoner, out of Herod’s suspicious temper, to Machaerus, the castle I already mentioned, and was put to death.” (Josephus, Jewish Antiquities, 18.118-119)

This story is an example of a familiar theme in the Hebrew prophets: the call to speak truth to unjust powers.  We’ll unpack this phrases history and a possible application for us today, next.

July 1, 2021
A Community of Dependence and Connectedness (Part 3 of 3)
Next Post

July 7, 2021 Speaking Truth to Those in Power (Part 2 of 3)
Browse Our Archives
get the latest from
Social Jesus
Sign up for our newsletter
POPULAR AT PATHEOS Progressive Christian
1

What if life wasn't just a...
slacktivist
Related posts from Social Jesus

Progressive Christian
Those Things Which Are Eternal (Part 3 of...
Social Jesus

Progressive Christian
Those Things Which Are Eternal (Part 2 of...
Social Jesus

Progressive Christian
Those Things Which Are Eternal (Part 1 of...
Social Jesus

The Olympics According to Angry, White, Conservative Men
Simone Biles, perhaps the greatest gymnast of all time, withdrew from the...
view all Progressive Christian blogs
Copyright 2008-2021, Patheos. All rights reserved.