Jesus and Antisemitism (Part 1 of 3) 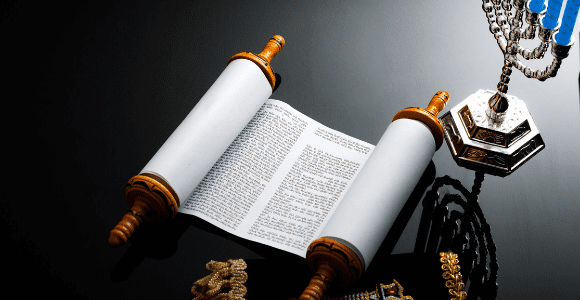 Then he began to say to them, “Today this scripture has been fulfilled in your hearing.” All spoke well of him and were amazed at the gracious words that came from his mouth. They said, “Is not this Joseph’s son?” He said to them, “Doubtless you will quote to me this proverb, ‘Doctor, cure yourself!’ And you will say, ‘Do here also in your hometown the things that we have heard you did at Capernaum.’” And he said, “Truly I tell you, no prophet is accepted in the prophet’s hometown. But the truth is, there were many widows in Israel in the time of Elijah, when the heaven was shut up three years and six months, and there was a severe famine over all the land; yet Elijah was sent to none of them except to a widow at Zarephath in Sidon. There were also many lepers in Israel in the time of the prophet Elisha, and none of them was cleansed except Naaman the Syrian.” When they heard this, all in the synagogue were filled with rage. They got up, drove him out of the town, and led him to the brow of the hill on which their town was built, so that they might hurl him off the cliff. But he passed through the midst of them and went on his way. (Luke 4:21-30)

There is a lot in our reading this week. The author of Luke’s gospel is elaborating on the theme of Jesus’ home-town rejection by using a contemporary proverb about a doctor being admonished to cure their own ailment.

This narrative first appears in Mark. Then it is expanded in Matthew, and elaborated on even further in Luke. Here are both Mark’s and Matthew’s versions:

He left that place and came to his hometown, and his disciples followed him. On the sabbath he began to teach in the synagogue, and many who heard him were astounded. They said, “Where did this man get all this? What is this wisdom that has been given to him? What deeds of power are being done by his hands! Is not this the carpenter, the son of Mary and brother of James and Joses and Judas and Simon, and are not his sisters here with us?” And they took offense at him. Then Jesus said to them, “Prophets are not without honor, except in their hometown, and among their own kin, and in their own house.” And he could do no deed of power there, except that he laid his hands on a few sick people and cured them. And he was amazed at their unbelief. (Mark 6:1-6)

He came to his hometown and began to teach the people in their synagogue, so that they were astounded and said, “Where did this man get this wisdom and these deeds of power? Is not this the carpenter’s son? Is not his mother called Mary? And are not his brothers James and Joseph and Simon and Judas? And are not all his sisters with us? Where then did this man get all this?” And they took offense at him. But Jesus said to them, “Prophets are not without honor except in their own country and in their own house.” And he did not do many deeds of power there, because of their unbelief. (Matthew 13:54-58)

So often, when Black and Hispanic people object to police brutality, White people divert the attention away from police with a “black-on-black violence” narrative or argument. This is a way of telling these communities to “cure yourself” rather than hold up law enforcement to scrutiny. When there’s an effort to hold oppressors accountable, oppressors and those who support them change the subject and find fault with the victim in an ad hominem attack.

This proverb also reminds me of a Twitter conversation where I was speaking of the differences between systemic injustice and personal or private injustice. One Twitter user replied, “You change your system and let us know how that goes” and made some comment about poor people needing to be made to work.

By contrast, I saw a meme this week that said the role of prophetic Christianity is to hold society accountable. But I think Christianity needs to heal itself first in matters of justice and equity before it should speak over the rest of society. Christians have little credibility critiquing other groups when there is so much housekeeping that needs to be done inside Christianity. We do not want to be open to charges of hypocrisy.

With this story, Luke also foreshadows how Jesus would later be mocked at his execution:

And the people stood by, watching; but the leaders scoffed at him, saying, ‘He saved others; let him save himself if he is the Anointed of God, God’s chosen one!’ (Luke 23:35)

That’s not all that Luke foreshadows in this story. We’ll begin digging deeper, next.

May 28 Flashback:
I started out by discussing Peter’s vision in Acts 10 and wound...
view all Progressive Christian blogs
Copyright 2008-2021, Patheos. All rights reserved.