Setting in Motion a Safe, Compassionate, Just Society (Part 2 of 3) 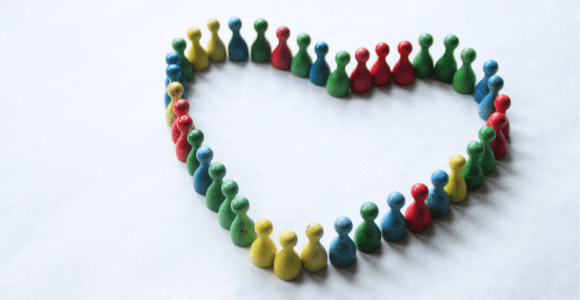 Turning the Other Cheek

I’ve written so much over the past decade about what these passages could have meant in the social political context of their day. In a ten-part series I wrote back in 2019 on self-affirming nonviolence, I address this section of Luke with more depth, context, and nuance. You can find the beginning of that series at A Primer on Self Affirming, Nonviolence (Part 1).

I do not interpret these words of Jesus as encouraging oppressed or abused people to remain passive in suffering with those who are doing them harm. But to arrive at a life-giving interpretation we must read the passage in its cultural context.

Jesus’ culture strictly forbade the use of the left hand in interpersonal interactions. Since most people are right-handed, they only used their left hand for “unclean” tasks and even gesturing at another person with the left hand carried the penalty of exclusion and ten day’s penance (see Martínez, Florentino García, and Watson in The Dead Sea Scrolls Translated: the Qumran Texts in English [2007], p. 11). Therefore, one would not hit someone’s right cheek with the left hand.

One would also never strike an equal on the right cheek. A blow between equals would always be delivered with a closed right fist to the left cheek of the other. The only natural way to land a blow with the right hand on someone’s right cheek was with a backhanded slap. This kind of blow was a show of insult from a superior to an inferior—master to slave, man to woman, adult to child, Roman to Jew—and it carried no penalty. But anyone who struck a social equal this way risked an exorbitant fine of up to 100 times the fine for common violence. Four zuz (a Jewish silver coin) was the fine for a blow to a social peer with a fist, but 400 zuz was the fine for backhanding them. Again, to strike someone you viewed as socially inferior to yourself with a backhanded slap was perfectly acceptable (see Goodman in Jews in a Graeco-Roman World [2004], p. 189). A backhanded blow to the right cheek had the specific purpose of humiliating and dehumanizing the other.

What did Jesus command dehumanized people do? A retaliatory blow would only invite retribution and escalating violence. Instead, Jesus taught us to turn the other, left cheek so the supposed superior could strike correctly—as an equal. This would demonstrate that the supposed inferior refused to be humiliated, and the striker would have only two options: either a left-handed blow with the back of the hand, and its penalty, or a blow to the left cheek with a right fist, signifying equality. Since the first option was out of bounds culturally, and the second option would challenge the striker’s supposed superiority, the aggressor lost the power to dehumanize.

Jesus issued this teaching in the context of the Hebrew law. Many of the very poor had only two articles of clothing to their name, and the law allowed a creditor to take a poor person’s inner garment (chiton) or outer garment (himation) as a promise of future payment if they lacked means to pay a debt. However, the wealthy creditor had to return the garment each evening for the owner to sleep in:

“If you lend money to one of my people among you who is needy, do not treat it like a business deal; charge no interest. If you take your neighbor’s cloak as a pledge, return it by sunset, because that cloak is the only covering your neighbor has. What else can they sleep in? When they cry out to me, I will hear, for I am compassionate.” (Exodus 22:25–27)

“When you make a loan of any kind to your neighbor, do not go into their house to get what is offered to you as a pledge. Stay outside and let the neighbor to whom you are making the loan bring the pledge out to you. If the neighbor is poor, do not go to sleep with their pledge in your possession. Return their cloak by sunset so that your neighbor may sleep in it. Then they will thank you, and it will be regarded as a righteous act in the sight of the LORD your God.” (Deuteronomy 24:10–13)

“Do not deprive the foreigner or the fatherless of justice, or take the cloak of the widow as a pledge.” (Deuteronomy 24:17).

In that society, before the invention of modern underwear, it was more shameful to see someone’s nakedness than to be naked. Remember Noah’s son Ham?

“Ham, the father of Canaan, saw his father naked and told his two brothers outside. But Shem and Japheth took a garment and laid it across their shoulders; then they walked in backward and covered their father’s naked body. Their faces were turned the other way so that they would not see their father naked.” (Genesis 9:22-23)

Because of this context, a debtor stripping off one cloak or the other in public court would turn the moral tables on their creditor and put the poor person in control of the moment. Compare Matthew 5:40 and Luke 6:29: “If anyone wants to sue you and take your shirt [chiton], hand over your coat [himation] as well” (Matthew 5:40). “If someone takes your coat [himation], do not withhold your shirt [chiton] from them” (Luke 6:29).

A debtor exposing their body would also expose the exploitative system and shame the wealthy and powerful person who took their last valuable object from them. Jesus was endorsing public nudity as a valid form of nonviolent protest or resistance: Jesus recommended nakedness in protest over returning violence with more violence. 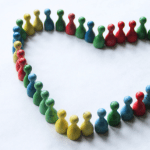 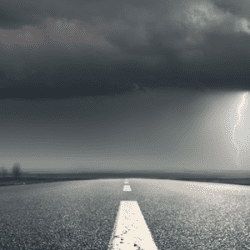 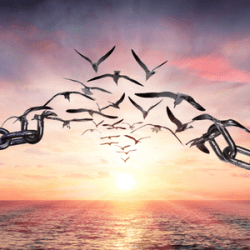