Choosing the Common Good (Part 1 of 3) 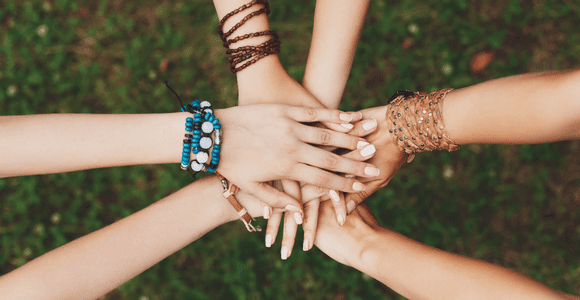 I reading this week is from the gospel of Luke:

“Jesus entered Jericho and was passing through. A man was there by the name of Zacchaeus; he was a chief tax collector and was wealthy. He wanted to see who Jesus was, but because he was short he could not see over the crowd. So he ran ahead and climbed a sycamore-fig tree to see him, since Jesus was coming that way.

When Jesus reached the spot, he looked up and said to him, ‘Zacchaeus, come down immediately. I must stay at your house today.’ So he came down at once and welcomed him gladly.

All the people saw this and began to mutter, ‘He has gone to be the guest of a sinner.’

But Zacchaeus stood up and said to the Lord, ‘Look, Lord! Here and now I give half of my possessions to the poor, and if I have cheated anybody out of anything, I will pay back four times the amount.’

Jesus said to him, ‘Today salvation has come to this house, because this man, too, is a son of Abraham. For the Son of Man came to seek and to save the lost.’” (Luke 19:1-10)

We miss a lot in this story if we don’t understand it in terms of how much Roman imperialism harmed the masses in Judea and southern Galilee. Roman occupation benefitted the elite who had become wealthy to the detriment of others and through the Roman economic system. But for many others, Rome drastically changed the economic landscape and how Rome’s client rulers acted in their region.

In this week’s story, Zacchaeus is a tax collector for Roman imperialism and has become rich through his work.

To understand this context more, read this month’s Renewed Heart Ministries book of the month, Richard Horsley’s book Jesus and Empire: The Kingdom of God and the New World Disorder.

Horsley brings to our attention what Roman taxation looked like for many in Jesus’ region:

“In one of the most serious omissions, studies of the historical Jesus have failed to investigate the fundamental social forms within Galilean society. The Galileans among whom Jesus worked, indeed the vast majority of people in any traditional agrarian society, would have been embedded in households and villages. Villages were communities of families or households engaged in subsistence agriculture (and/or fishing), a substantial percentage of whose produce was expropriated by their rulers. These rulers intervened in village affairs fairs mainly to extract their tax revenues.” (Kindle Locations 788-789)

Because of heavy Roman taxation, former land owners had become peasant farmers on lands that used to belong to their families. Their role in the economic system became especially oppressive. We’ll begin to unpack how this relates to us in our economic context, next. 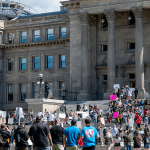 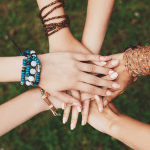