Opting Out of the Comparison Game

“Look at how quietly your brother is sitting.”

One of the hardest things for me as a mom is to avoid comparing one of my kids to another. With four kids—two teenage daughters in ninth and tenth grade and two tween sons in fifth and sixth grade—it’s oh-so-tempting to lob a comparison shot when one misbehaves. Having our kids back-to-back in school makes it even harder to not say things like, “Your sister did X in Algebra last year, so can’t you do?” or “Your brother managed to remember his lunchbox, why can’t you?”

Comparing our children can seem like a good thing—like we’re encouraging them to do better—but comparison can so easily backfire. “Making comparisons between kids, whether both children are yours or one is a friend or extended family member—is detrimental to both children and to you,” said Sandy Fowler, co-founder of Mighty Parenting. “If you find yourself comparing children, it’s usually because you are pointing out how one is lacking.”

Comparison language can also imply that his parents love the sibling used for comparison more—something that can become ingrained in a child’s mind if constantly compared to another sibling. This also pressures the praised sibling to be perform at a top level at all times, while simultaneously decreasing the value of the compared child.

Here are seven ways I’ve found helpful in avoiding comparisons with my kids.

Recognize the truth. We compare out kids at times—even if it’s just in our mind. “Sometimes, we compare because we want the best for them, while other times we compare because their attitude or behavior is grating on our us,” Fowler said. “We can also end up comparing our child to another when we just don’t understand or connect with our child because they are different from us.”

Consider what makes each child unique. When we’re focusing on particulars, it’s easier to not slip into comparisons. “Notice the things that make each child special and celebrate those qualities,” said Erica McCurdy, family coach and mother of three. “Find ways to make sure each child knows what you love about him or her.”

Compliment their strengths. Rather than see what your child doesn’t possess in terms of character traits or academic ability, focus on what they’re doing right. “Watch your child and notice when they do something kind or helpful,” Fowler said. “Thank them or mention how kind that was.” Be careful not to hold up the strengths of one child as an example to others, which can be a subtle form of comparison.

Talk behind their backs. Not every moment in your child’s life has to be shared with siblings or family. I’ve made it a policy not to discuss grades, test scores or notes from teachers of one child in front of another. I also talk privately one-on-one with a child when it’s a sensitive topic or one I think might embarrass the child if a sibling overheard. The bottom line is not to turn one child’s problems into a sideshow attraction for the other kids.

Shut down sibling comparisons. Sometimes, it’s not the parents who are doing the comparisons. “I have noticed that children will compare themselves to their siblings, then look for confirmation from a parent,” said Varda Meyers Epstein, parenting expert at Kars4Kids. “But you have to be careful you’re not confirming the opinion that one sibling is better at something.”

We shut down any comparisons among our children relating to school or other activities, reminding the older ones of their own limitations when at the grade of the younger sibling. That includes not allowing an older child to interrupt when the younger one shares something from school that the older one did in the past. That practice has helped to minimize sibling conflict over comparisons and gives the younger siblings a chance to shine by themselves.

Let the child decide how much to share. When another child asks me how a sibling did on a test or report card, I point that child to the sibling for answers. Sometimes, one kid doesn’t want to let her siblings know her test score or how she did at a specific activity—and we should allow that child to keep that to herself. We often have an insatiable desire to know everything about a person, especially one in our family, but that doesn’t mean we have the right to know.

Adjust your language. Often, we compare our child to another because we want our kid to change his or her behavior. We can accomplish this without comparison by describing what we saw or mean only about the child in question. For example, we could say about the sibling who got a hard-earned B on a science project his older sister got an A on: “You worked hard on that project, so you must be proud your teacher recognized that.” For a child who broke a plate when putting away the dishes, instead of saying, “Why can’t you be more careful like your brother?,” we could respond, “Dry your hands better next time and the plate won’t be so slippery.”

Comparing our kids to another ultimately damages our relationship with them and robs us of the opportunity to focus on the child in front of us. “By focusing on our child’s strengths and the things he or she enjoys, we can increase their confidence and create a stronger connection with them,” Fowler said. 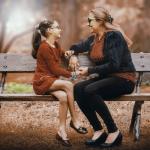 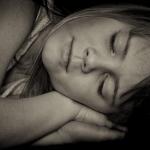 November 12, 2018 The Top Four Tips for a Good Night’s Rest
Recent Comments
0 | Leave a Comment
Browse Our Archives
Follow Us!

4 Things You Should Never Ever...
MarriageToday
Books by This Author Books by Sarah Hamaker